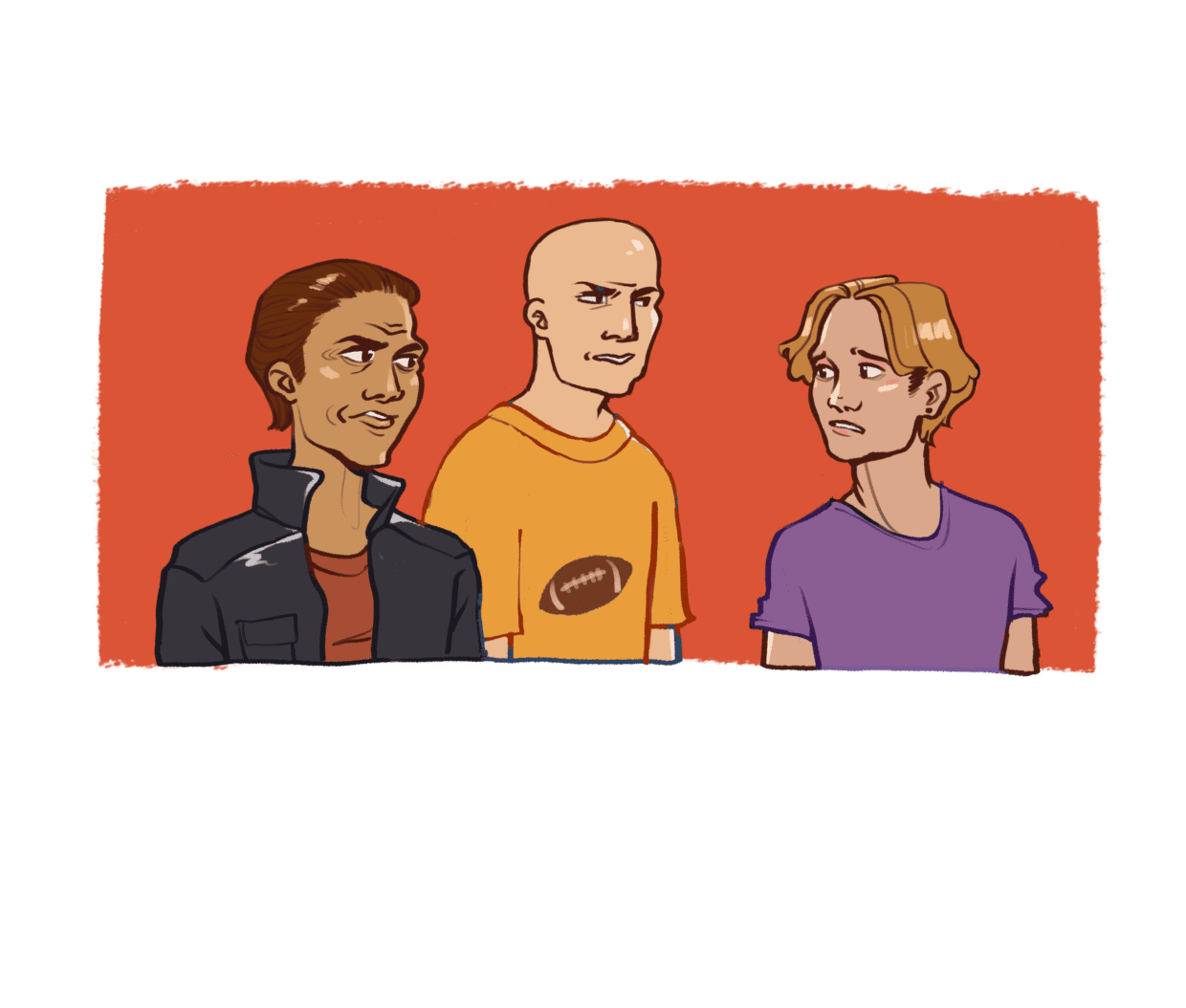 “That’s so gay.” “Don’t be a pussy.” These are words that are often thrown around at high school campuses, including M-A. While seemingly harmless, these words have an impact; our society often forces men to act domineering and emotionless, and objectify women. Although recent movements have emphasized how toxic masculinity harms women, what is often left out of the discussion is the effects toxic masculinity has on men themselves. In a country where men have a suicide rate 3.5 times higher than women, a trend caused by increasing levels of loneliness among teen and middle-age men, toxic masculinity is a serious issue.

From a young age, boys crave friendship and closeness with other boys. In numerous psychological studies, adolescents between the ages of 7-12 talk about how much they love and care for those they describe as their “best friends.” However, when these same boys are interviewed as teens, something completely different happens. When asked, the same kids are hesitant to talk about their male friends and they are distant and isolated from them. Junior Lars Osterberg said, “I think a lot of guys are scared to have close friends. Especially when they get to high school, the culture can be pretty homophobic.”

American culture stresses a strong sense of independence and machoism in boys. Bizarre expectations like these see boys being forced to disconnect from their innate emotional acuity as they grow older. Junior Paul Mills said, “even if it’s not by choice, a lot of guys just automatically hide their emotions. For me personally, I feel like I do it naturally because of past experiences I have had.”

An anonymous male senior added on, saying “I feel like there is a culture that forces guys to suppress their emotions in front of their male friends. I know that not every male is super emotional, but for those who are, it can often seem hopeless and depressing.”

In our culture, boys are often told to “man-up,” believing that they shouldn’t be sad and that showing emotions is a sign of weakness. According to Mills, “While some guys can handle these pressures without any struggle, for others they simply can’t.” Unfortunately, this culture causes many men to isolate their feelings, making them depressed and causing them to feel even more isolated. Ultimately, this can have grave consequences later in life. At the same time when teen boys start to view intimate relationships as “gay” and isolate themselves more, their suicide rate peaks to four times that of girls. In the long run, this emotional isolation leads to serious mental and physical issues, ranging from chronic depression to anxiety and hopelessness.

The pressure on boys to act stoic often leads to impossible expectations that destroy mental well-being and severely harm boys’ psychological development. The problem is further fueled when boys feel pressure to “act differently” because they “see others doing it.” according to senior Matthew Bergan. The culture of hyper-masculinity has taken basic traits of humanity, such as displaying emotions, and assigned them to be a female characteristic, even though all humans have emotions. Boys enter a culture that asks them to pretend as if their emotions do not exist and disconnect from the very thing they need the most to help them thrive: emotional connection.

In the end, boys reveal that from a young age, they have a great emotional capacity to be connected to their feelings; however, it is up to society to ensure that they do not lose this ability due to outdated notions of masculinity which permanently scar many young men for life. “It’s scary to think of how many boys are in [a bad place mentally], and how many don’t have an outlet for their emotions,” said junior Bianca Johnston. “It’s important for guys to form strong emotional friendships with other guys, but if that doesn’t work they should find someone, whether that be a girl, parent, or teacher to talk closely to and be honest with.”