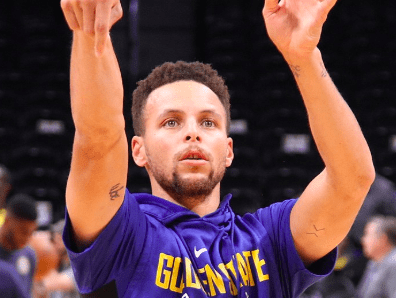 Throughout these first couple weeks of shelter and place due to the spread of COVID-19, many professional athletes have used their influence and posted inspiring videos on social media that reach a large audience. M-A has been out of school and in shelter in place for exactly two weeks now, so we thought we would share some of our favorite professional athlete videos made so far that help with getting through this time of isolation.

Stephen Curry, point guard for the Golden State Warriors, is first up on our list of the best videos. Curry takes a strong and upbeat tone to get his message that everyone should practice social distancing and wash their hands as much as possible. By practicing social distancing and washing hands, Curry says that everyone will be doing their part in stopping the spread of the virus. The video was posted on Instagram, where Curry has 29.9 million followers. Thus, it no doubt reached an incredibly large audience, and with a positive tone that we can beat this, many people were influenced. With M-A’s closest NBA team being the Warriors, Curry is the favorite player of many students, which makes his message even stronger. Dario Garibay, a senior, said, “I think it is inspiring for the M-A community because a lot of people look up to big athletes and his video shows the importance of keeping distance from one another.”

Ben Roethlisberger, quarterback for the Pittsburgh Steelers, also made one of the most inspirational videos with his family. Although Roethlisberger mentions practicing social distancing, his main message in the video focused more on the positives of staying inside. He accomplishes this by talking about what he has done during his first two weeks of shelter and place. Roethlisberger portrays the perfect version of taking advantage of this time by asking his young kids and wife what their favorite parts about staying inside are. And thus, he turns shelter in place from a negative to a positive by saying that it is a once in a lifetime opportunity to spend some quality time with your family that you might not have gotten otherwise.

Lebron James, small forward for the Los Angeles Lakers, has a couple of funny videos that he has posted on his Instagram. One of the videos is a TikTok dance with his entire family, where they are all doing the same dance move. James also frequently goes onto Instagram Live, where he actually reads all of the public’s comments and answers them to the best of his ability. In a time of lots of isolation and separation from the outside world, many people can benefit from getting a laugh while watching James and family do hilarious dance moves. He may not have said a specific message about COVID-19 yet; however, his hilarious home videos are uplifting people all around the world.

Jaren Jackson, power forward for the Memphis Grizzlies, recently posted a video showing a dribbling drill that young kids can do at home. Realizing that most kids are not getting as much exercise as they would without shelter and place, Jackson demonstrates a two ball dribbling drill that keeps basketball skills up and kids more fit. This is something all M-A students with a basketball can do to remain fit while staying inside.

Each influential athlete has taken a different approach on what their video content will be, but they all have a profound impact on the world and the M-A community because viewers of the inspiring messages are influenced positively.