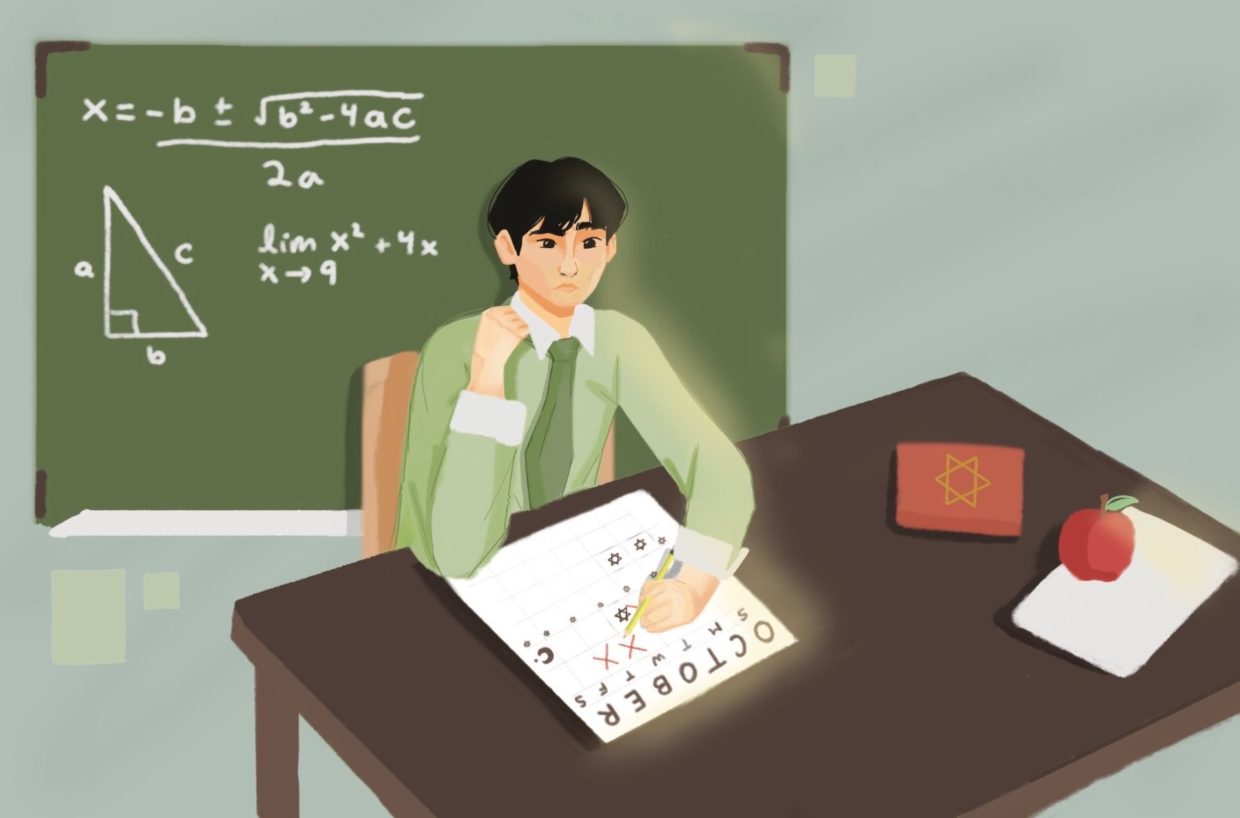 Opinion: Teachers Should Get Paid Time Off on Religious Holidays

Issues surrounding observation of religious holidays have been discussed before, but the topic still remains at the forefront of many people’s minds, especially following the recent Jewish Holiday Yom Kippur on October 5th.

Senior Jacqueline Nassiri, president of M-A’s Jewish Student Union (JSU), explained that “religious holidays are days of rest, and we aren’t meant to be working at all, so going to school and not having mandated time off really neglects those at the school who do value this time off reflection and rest, and it’s not as equal as it should be.”

Of religious Californians, 9% are Jewish or Muslim, while 91% are Christian or Catholic. Christian holidays, like Christmas and Easter, are already nationally recognized as non-school days.

Nassiri said, “I definitely think there is a disparity between religious accommodations, especially for minority religions like Judaism.” She continued, “Muslims who celebrate Eid, they don’t get the day off either, and for the holidays like Yom Kippur, a lot of those who observe, either strictly or orthodoxly, tend to fast on these holidays, and it makes it extremely difficult for them to do daily activities.”

An argument against giving paid time-off for religious holidays includes the lack of substitute teacher availability, an issue that has plagued not only the District but the nation over the past few years. Sub and teacher shortages are common and unfortunate. This puts a greater responsibility on existing teachers, ensuring more work without additional compensation, which repeats and perpetuates the cycle.

Ellen Jacobson, an M-A Government and Economics teacher and practicing Jew, said, “I didn’t take Rosh Hashanah off because I knew there weren’t enough subs, and I didn’t want to put pressure on other teachers. I put in for Yom Kippur really early. Two days before the holiday, the substitute bailed.” Thankfully other teachers stepped in and supervised her class so she could enjoy and celebrate the day of rest.

“I know in Palo Alto, years ago, they used to give Yom Kippur off for the whole district. They don’t do it anymore. That was almost 20 years ago,” Jacobson said. The issue is up to individual districts to decide whether they choose to budget these funds and give teachers paid time off on religious holidays.

Our administration is supportive of teachers taking the time off: Principal Looskoot sent an email out before Yom Kippur encouraging teachers and students to take the time to be with their families. When asked if she ever felt pressured by administration to not take the day, Jacobson immediately replied, “never.”

Denying teachers paid time off on religious holidays is perfectly legal. Title VII of the 1964 Civil Rights Act makes it unlawful to discriminate against someone on “the basis of race, color, national origin, sex, or religion,” meaning the school can’t discriminate against those who observe this holiday. However, they don’t have to pay teachers on these days. Beyond Title VII, while the First Amendment protects freedom of religion, schools are not required to provide compensation as they do for other “time off.” So this isn’t a legal issue per se, but a moral one.

Despite the support of our administration, educators still aren’t given paid time off for these observances. Teachers shouldn’t lose their protected right to practice their religion freely because schools can’t find replacements for a few days a year. The district ought to include religious holidays in the next academic calendar. Freedom of religion is a fundamental right—one that our nation was founded on hundreds of years ago—but more than that, it’s a matter of respect.