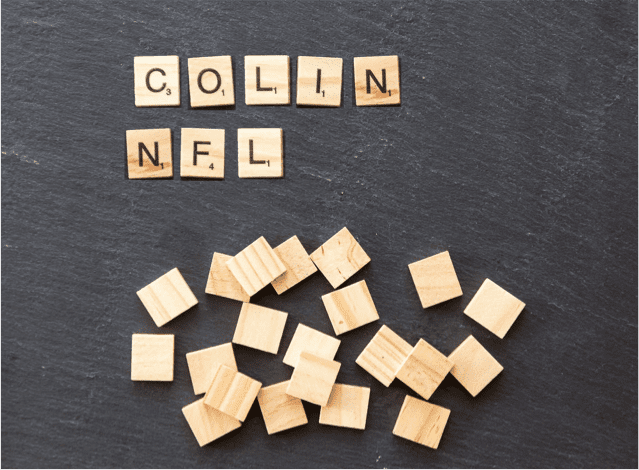 Opinion: Should Nike have included Kaepernick in their new advertisement campaign?

Former San Francisco 49ers quarterback, Colin Kaepernick, was once one of the NFL’s best quarterbacks. Now, he is one of the main leaders fighting against police brutality. He has positively influenced many people across the United States, earning him the main role on Nike’s new 30th anniversary “just do it” advertisement. Yet, with Kaepernick’s kneeling protest being such a big controversy, should Nike have included Kaepernick in their new advertisement campaign?

A couple weeks ago, Nike created an advertisement with renowned athletes like basketball player Lebron James, tennis player Serena Williams and disabled football player Shaquem Griffin, who is missing an arm. As the athletes appear on the commercial, highlights appear of each player in their sport. James dunks a basketball, Williams smashes a winner, and Griffin tackles a player using only his good arm. A national anthem takes place during a Browns’ game.

After each highlight, it shows how the athletes helped their communities. For example, after Lebron dunks, the commercial plays a clip of Lebron officially opening his I Promise School for underprivileged kids. As a finale to Nike’s commercial, they pictured Kaepernick walking on a New York City street saying, “Believe in yourself, even if it means sacrificing everything.” By showing all of these star athletes, Nike’s goal was to show how professional athletes truly care about the community around them.

Nike was smart to include Kaepernick in their new commercial because it sent a powerful message to viewers, increased their stock, and showed that they support Kaepernick’s political movement.

Up until the commercial was released, Nike had the reputation of being just a sports clothing company. They would bring in star athletes to wear Nike clothes in commercials to promote their company. Then, their new commercial released and their entire brand changed for the better. By including Kaepernick, Nike showed that they truly care about sending a strong message to the world about issues arising.

Although there was an initial dive in their stock price the day the commercial was released, Nike’s stock has gone through the roof due to supporters of the commercial. Since the advertisement was released, shares in the company have gone up four percent, leaving the official price of each share at $83.83. Many believe that the sharp rise in stocks is due to Kaepernick’s appearance in the commercial. 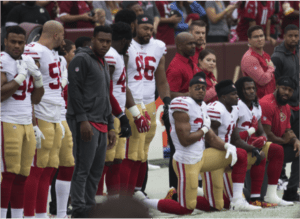 Kaepernick has done incredible work over the past couple years in support of all people of color who have been mistreated by the police. For example, he did not let President Trump or NFL commissioner Roger Goodell influence him to stop kneeling during the national anthem. Kaepernick is strong and mentally tough, which has made him capable of creating change in the United States for people of color.

Although Kaepernick has sacrificed his career in the NFL for something he truly believes in, Nike has recognized his commitment, and they were smart to align themselves with such a kind, yet powerful leader of change.

Hopefully, we will see more from Kaepernick and Nike in the future.