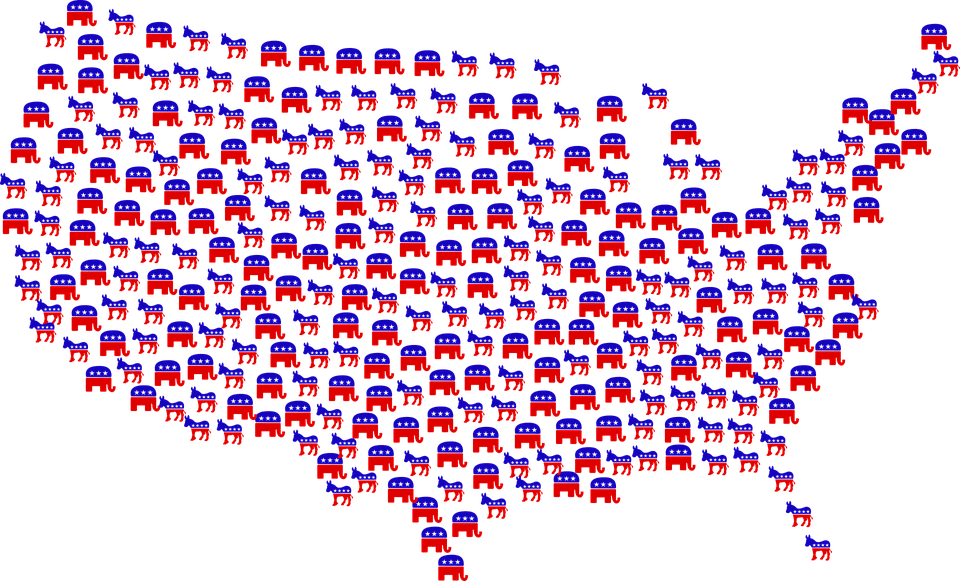 In the media, online, and in our daily lives, we’ve all experienced people arguing about their political views. Over the past few decades, the consistent rise in political polarization has not only affected lawmakers but has also created social division. This is particularly a problem in schools that serve students from a variety of backgrounds, like M-A. Students are often friends with those who politically align with them and don’t interact with students holding opposing views, often because they fall prey to confirmation bias by seeking to confirm beliefs that they already have. As a result, they form echo chambers: groups that continually rehash the same political views. This entrenches students in their beliefs and makes them believe that their opinions couldn’t possibly be wrong. In order to decrease the tension between students on opposing sides of the political spectrum, M-A history classes should restructure their curricula to allow for more controlled discussions between students with differing views.

Over time, having more civil, respectful discussions will allow students to realize that their worldviews aren’t as different as they think. To do this, class instruction should allow students to question their ways of thinking about politics, followed with prompts that students can discuss. In Government teacher Sam Harris’s class, students are introduced to the “Left vs. Right” political spectrum shown below.

The spectrum goes from anarchism to fascism, with the liberal-conservative split very close to the center. According to Harris, despite its flaws, “The spectrum is useful because it helps students to understand that the traditional Democrat vs. Republican distinction isn’t as a big of a divide as students think.” Harris also uses the ISideWith survey, which, based on answers to politically-divided questions, outputs which candidates students should vote for in the upcoming election. Harris believes that this, along with the spectrum, helps students to understand that “candidates they might think are radically different don’t have that many true differences.” Allowing students to speak to each other more directly about their opposing views would only add to the effectiveness of Harris’s curriculum.

Classes could start by discussing issues that students are likely to agree on, and then slowly shift to more controversial topics. According to a report on surveys of more than 80,000 Americans, bipartisan issues include cutting greenhouse gas emissions by 2% per year, overturning Citizens United vs FEC, and increasing the number of work visas. Conversations could even start in more basic ways. Earlier this year, in Austin Hunt’s AP World History class, students explored big, overarching questions such as “Do humans make good decisions?” Afterwards, they researched different politicians, found out what their key ideas are and then talked about them with classmates. To progress these types of conversations, students could then move to difficult topics such as gun control, health care costs, and even abortion. At the end, there definitely will be some disagreement, but it’s likely students will realize that they agree on the majority of the overall topics, and might just have a different way of determining how the problem should be addressed.

After students experience these initial class discussions, all students regardless of their political views feel much more comfortable talking about their ideas in class. Outside of the classroom, students will likely be less polarized and more open to conversing with people with different views because they will understand that even people they consider as friends might oppose them.

Undoubtedly, this process will take time. At first, students will feel uncomfortable. However, this is part of what it takes to destigmatize politics, which has become a social taboo. This would be similar to “exposure therapy.” This practice is common when treating patients with PTSD—they’re exposed to war-like stimuli—and helps to gradually decrease war veterans’ fears by allowing them to understand that “triggering” situations are not dangerous to them. If students are exposed to opposing viewpoints that they vehemently dislike, they can continually develop tolerance. For instance, if students are faced with viewpoints supporting the Second Amendment, instead of becoming angry, over time, they could develop a civil argument that supports their beliefs. This will decrease fears of other views and force students to hear what others are saying instead of making rash judgements about how “awful” that person is based on a single view. Despite possibly disagreeing with the person’s position after discussing, students won’t disagree with the actual person, just their beliefs.

Another question is whether students can have these types of discussions without the initial phase devolving into heated arguments. However, this likely won’t be the case. For one thing, students are unlikely to break into ugly battles in front of their teachers. Secondly, this hasn’t occurred in similar situations. In Harris’s class, he noted that in situations where students are organized into groups to discuss views, “It’s almost always friendly.” In fact, Harris mentioned that in a class activity, “One student raised his hand to disagree with a prompt on the board. His friends sitting in the back disagreed with him. After class, the students seemed to be interested in why the others had different views. There wasn’t any arguing, and they all laughed as they left the room.”

However, it’s important that teachers organize these types of activities and discussions well, so that students are able to discuss rather than simply compare. If students don’t have the chance for genuine discussion, they’ll only become more radical by being pitted against each other. An example of an activity that involved more comparison than discussion occurred in Government teacher Ellen Jacobson’s class. An anonymous student said, “We took a few online surveys before completing a paper survey that asked us to rank how much we agreed with multiple statements on a 1-5 scale. At the end, we were given a number on a scale from 0-100 as to ‘how conservative our beliefs were’: the higher the score, the more conservative. With a few minutes left, we lined up based on scores. There was no discussion on why specific students held the views they did.”

Jacobson shared her perspective on the activity, stating that, “Students thought it was horrible, and that it was too generic and generalized. I knew that going in, and I told them that the questions were generic and overreaching. Also, I tried to ensure they knew that their current beliefs are fluid and could shift over time.” Despite good intentions going into the activity, several other students shared their discontent. One anonymous student shared, “It was a ten-minute class diversion that served no purpose, and when we sat down, class resumed back to normal.” Another said, “Instead of creating an environment where students were able to discuss their beliefs and why they held them, the teacher simply questioned why some of us were where we were. Also, lots of students peered over and looked at students who were at the higher, more conservative end.” Finally, another student mentioned, “The survey was supposed to be a scale from 0-100, but the lowest possible score was 20 because a rating of one on every question wouldn’t yield zero. The survey felt like it didn’t properly represent me.”

Unexpectedly diving into politics can also be a problem. In AP history classes, teachers often plan discussions for all students to have an equal opportunity to speak to each other about the course content. Some questions, however, can lead into politics. In Jackson Shaad’s AP US History course last year, a discussion during the “Manifest Destiny” unit quickly turned into a battle over whether a student was racist. The student made the remark that, in colonizing North America, the founding fathers’ main intention wasn’t to civilize “inferior” races, but rather to promote the wellbeing of Americans. When other students had the opportunity to respond, the discussion turned ugly. To prevent this, teachers should ensure that students focus on and discuss the material at hand, while dedicating specific time to have politics-based discussions where students can respectfully talk about their views. Additionally, they should anticipate ways that class activities could become unproductively political, and ensure that doesn’t happen by shifting the questions they ask.

As our community and society become more divided, starting small-scale discussions in schools can help decrease polarization by changing the mindset of young people. However, they require strong teacher oversight and in a way that students can compare their views. M-A should look into standardizing this process in each different grade level to ensure that all students garner a constructive and enjoyable experience.