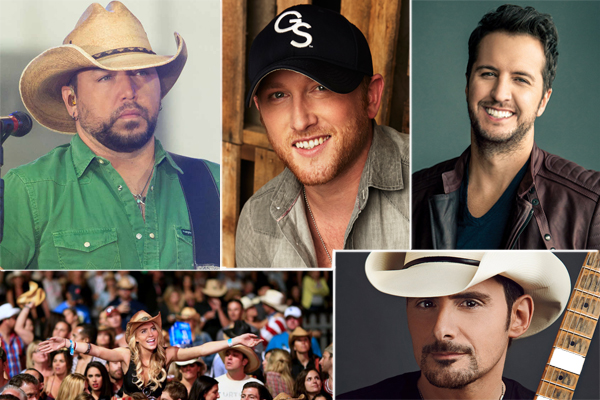 Country Music suffered through one of the most horrific nights in recent memory at a Country Music Festival on October 1, as gunman Stephen Paddock opened fire during a concert in Las Vegas. Many country music artists still stand strong with their support for the National Rifle Association (NRA), but some have called for stricter gun regulations after the massacre. Hopefully, more will follow.

Dozens of artists such as Justin Moore, Trace Adkins and Love and Theft are all involved and support “NRA Country” which is a “celebration of American values.” The NRA supports artists and artists give the NRA their support back. However, many artists are having a difficult time expressing their own opinions due to their mainly conservative audience and because of the immense power that the NRA can have on one’s career.

A chord was struck when Paddock opened fire on the crowd and several known artists surprisingly decided to stand up and revoke their support for the NRA. Singer Caleb Keeter, a member of the Josh Abbott Band was one of the few to change his stance, even though he understands the consequences of losing fans of the Texas-based band.

Country music singers are always in a very precarious situation when it comes to gun control. Although country music was deeply affected by the event, most artists are hoping to wait out the storm, in order to please their heavily Republican fan base.

However, if now is not the time for artists to come out against their support for guns, when is the right time? This is now or never. How many lives are going to be lost before we start standing up to the NRA? Investigators will never find out the true motive behind Paddock’s killings, but one could even interpret his actions as an attack on country music.

Now, I am not saying we need to do away with our second amendment. People who want to own guns for game or to protect their property have every right to do so. The start to this solution is simple: Country stars need to firmly step aside from their relationships with the NRA. Even though the NRA has enough power to ruin a singer’s career, they cannot do this if dozens of artists decided to take this firm stance.

The NRA seems to rarely compromise on sensible gun control laws. It has a completely incorrect interpretation of the second amendment and NRA members are constantly alarming their membership by falsely claiming that the government is coming to take their guns away.

The right to bear arms is different today than when we needed to fight the British for our independence in the late 1700s. We do not need a citizen militia anymore. The original intent of the second amendment is completely misinterpreted by the NRA and its members.

If country music fans, who contain a lot of gun-owners concentrated in the South, see their heroes stepping away from an organization that they support, this will start to heal America’s problems with guns. Although many fans will have some difficulty getting used to this change, they may eventually follow their favorite singer and try to preach that we need to distance ourselves from an organization that has a tendency to promote hate and violence.

Artists are slowly starting to separate themselves. Stars such as Thomas Rhett, Florida Georgia Line, and Luke Combs have announced that they are no longer involved with the NRA.

Rosanne Cash, who is the daughter of music icon Johnny Cash, also decided to step down her support for the group in this twitter post.

My piece today in @nytopinion on guns, musicians and the N.R.A. https://t.co/BP8yWTdDUi

Pull apart the threads of patriotism and lax gun laws that the N.R.A. maliciously intertwined https://t.co/6eyxa1znKq by @rosannecash

Recent country songs based on the event such as Maren Morris and Vince Gill’s chart-topper “Dear Hate” and Eric Church’s “Why Not Me” have been trying to spread the message that this world needs love right now more than it ever has.

Will most country artists change their stance on the NRA? Probably not. But hopefully, one message gets across. This world needs to come together instead of growing further apart because of guns. I think we have enough of those already.