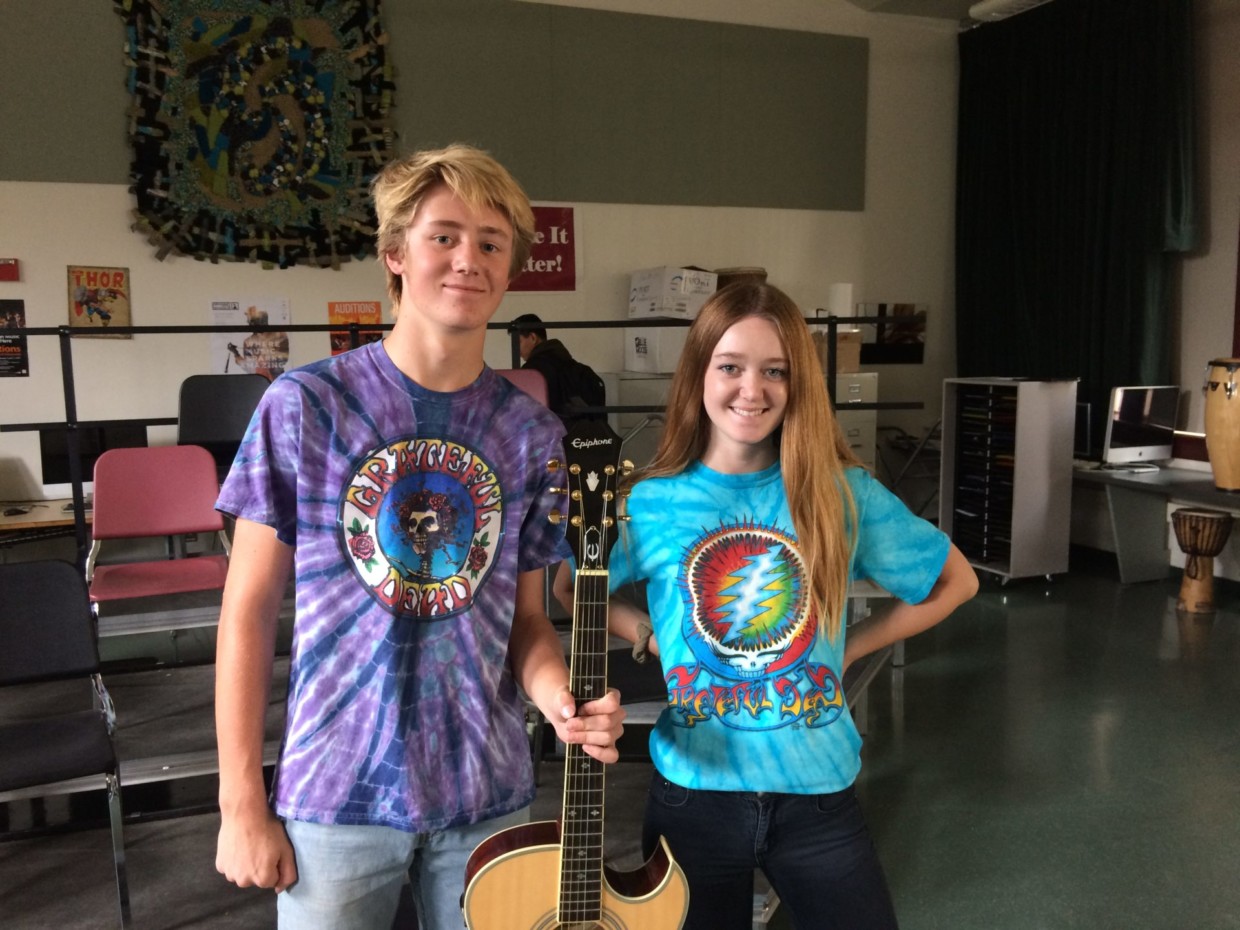 No Touches of Grey in the M-A Deadhead Community

With their eponymous debut album approaching its 50th anniversary, The Grateful Dead’s legacy is still as strong as ever. From The National organizing a tribute album last year, to Dead & Company selling out arenas across the country, to Bob Weir releasing his first solo album since 1978, the legendary hype around the band still persists.

Almost as famous as the band itself are its devoted followers: the “Deadheads. ” Even if you don’t think that you’ve ever seen one, you definitely have. From the surfer living in an old Volkswagen van on the beaches of Santa Cruz to John Mayer and Mac DeMarco, Deadheads are about as omnipresent as tie-dye in Haight-Ashbury. With such strong historical ties to the Menlo Park area—Bob Weir is an M-A alum, Jerry Garcia grew up in Palo Alto, and the band played its first show on Santa Cruz avenue—it is only natural for the Grateful Dead to maintain a strong local fan base to this day. 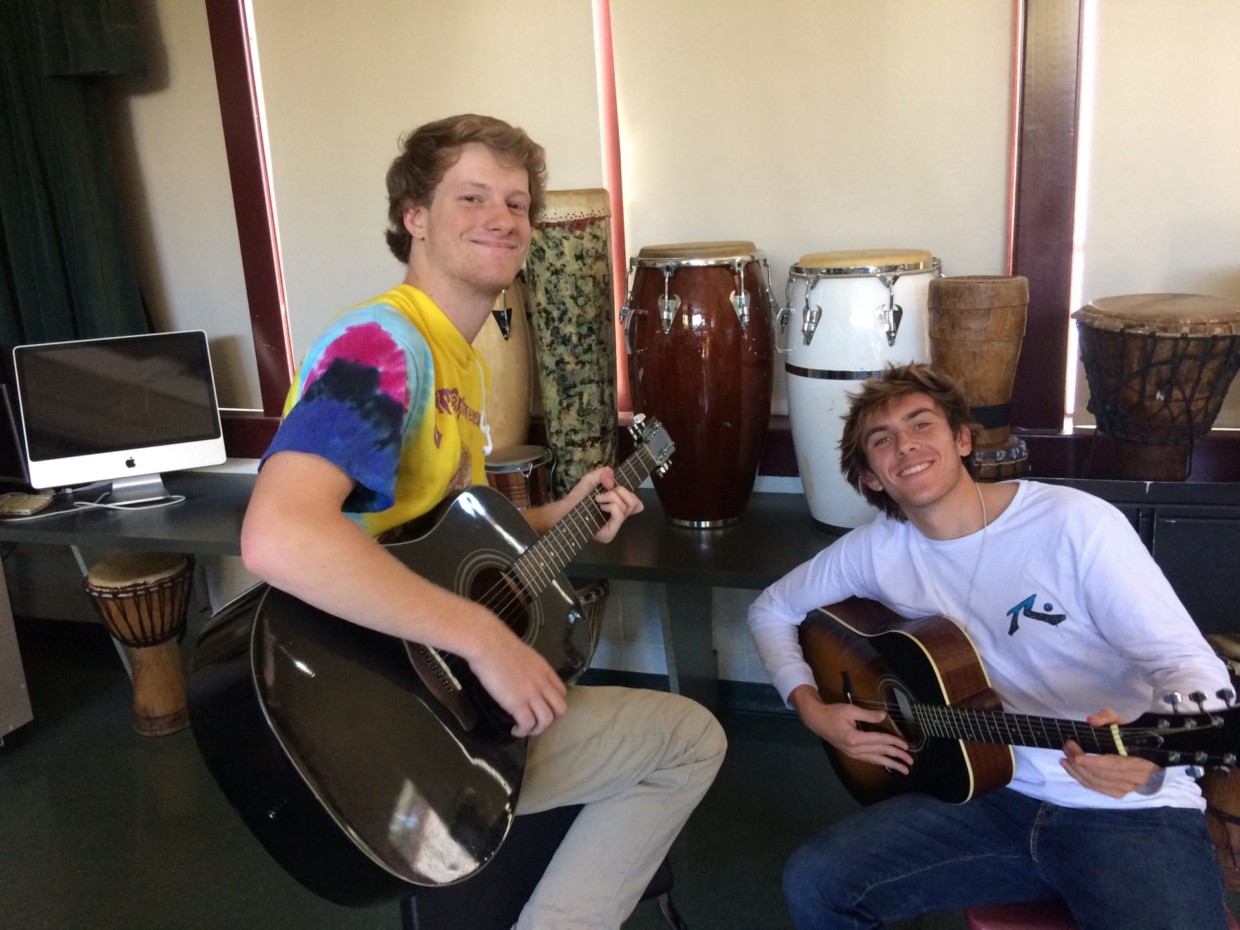 Matt Gursky, a senior, was “raised on the Grateful Dead.” Commonly found in Mr. Maier’s room playing guitar with his friends, Gursky has been listening to the band his whole life. “My parents love the Grateful Dead, my whole family loves it,” he explained. Feeling an extra-special connection from growing up in the area, Gursky loves the free spirit of the band members and the positive culture surrounding them and their music. When asked his favorite song of theirs, Gursky’s response was a gleeful, “‘Ripple.’ I named my kitty after that song!”

Brother and sister Heath and Siena Hooper are both adamant Deadheads as well. H. Hooper, a sophomore, remembers getting into the band after his cousin played the band’s music on a backpacking trip through Yosemite his freshman year. Like many other Deadheads, the band inspired H. Hooper to pursue music as a hobby; he loves to play the Dead’s music with his friends on guitar. Speaking of its influence on him, Heath said, “Their music is so unique and they have great lyrics. I play the [Grateful] Dead on guitar every day.” 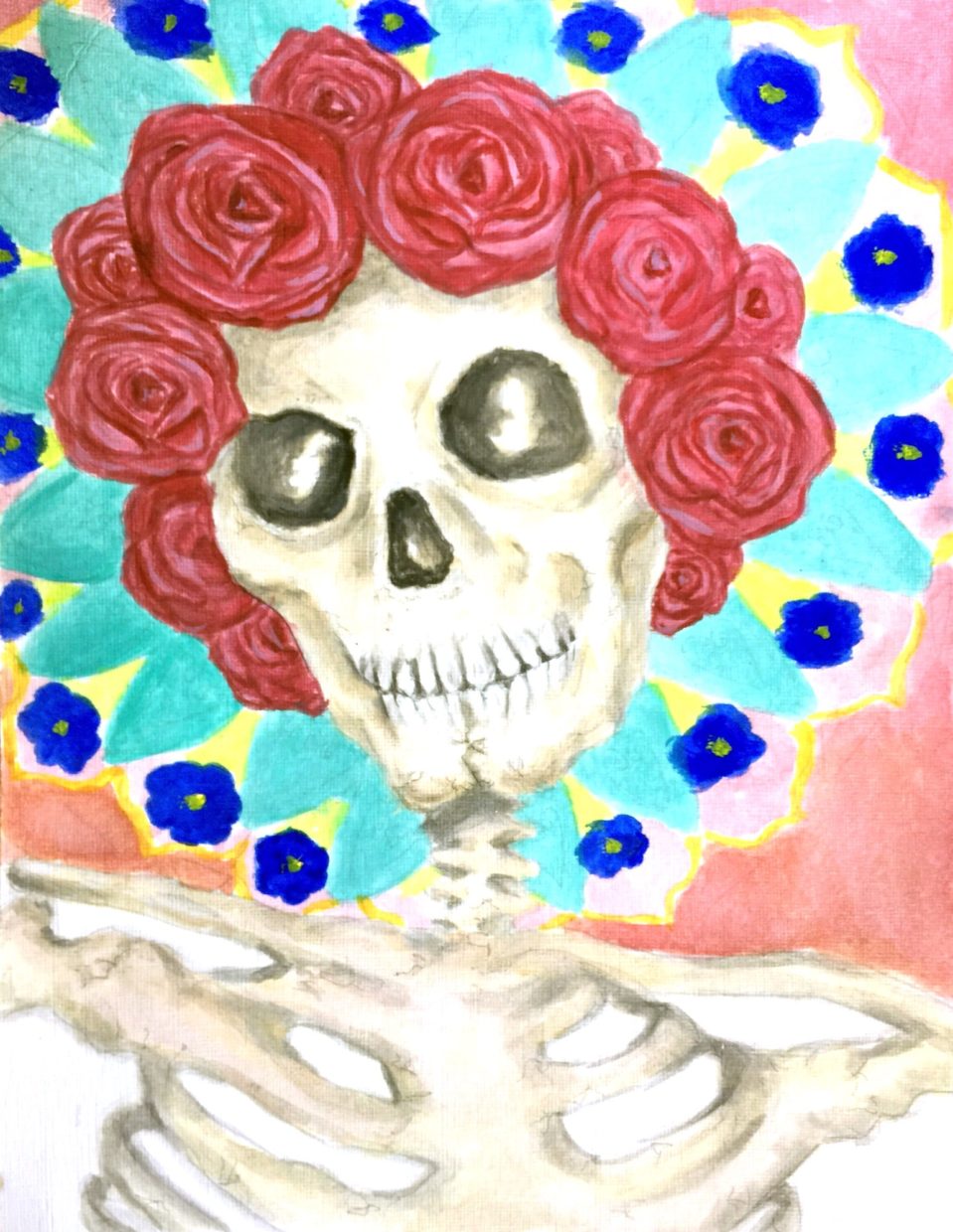 H. Hooper also feels a strong connection to them due to living in the area. He enjoys spending time in the alleyway behind The Old Pro in downtown Palo Alto, the spot where lead guitarists Bob Weir and Jerry Garcia met in the early 1960s. Describing the culture as “[sharing] the feeling of being a big family,” H. Hooper wears his love of the Grateful Dead on his sleeve and readily identifies as a “Deadhead.”

S. Hooper, currently a senior, began to get into the Grateful Dead and other classic artists like David Bowie and the Talking Heads around the same time as her brother, but she “became more obsessed with the [Grateful] Dead than any other band” very quickly. She believes very strongly in the community aspect of being a “Deadhead” and remembers how right it felt to be in the crowd with similar-minded people at the Dead & Company show at Shoreline Amphitheater last July. “Meeting… older Deadheads and talking to them about their stories of seeing the [Grateful] Dead in their prime was really interesting.” 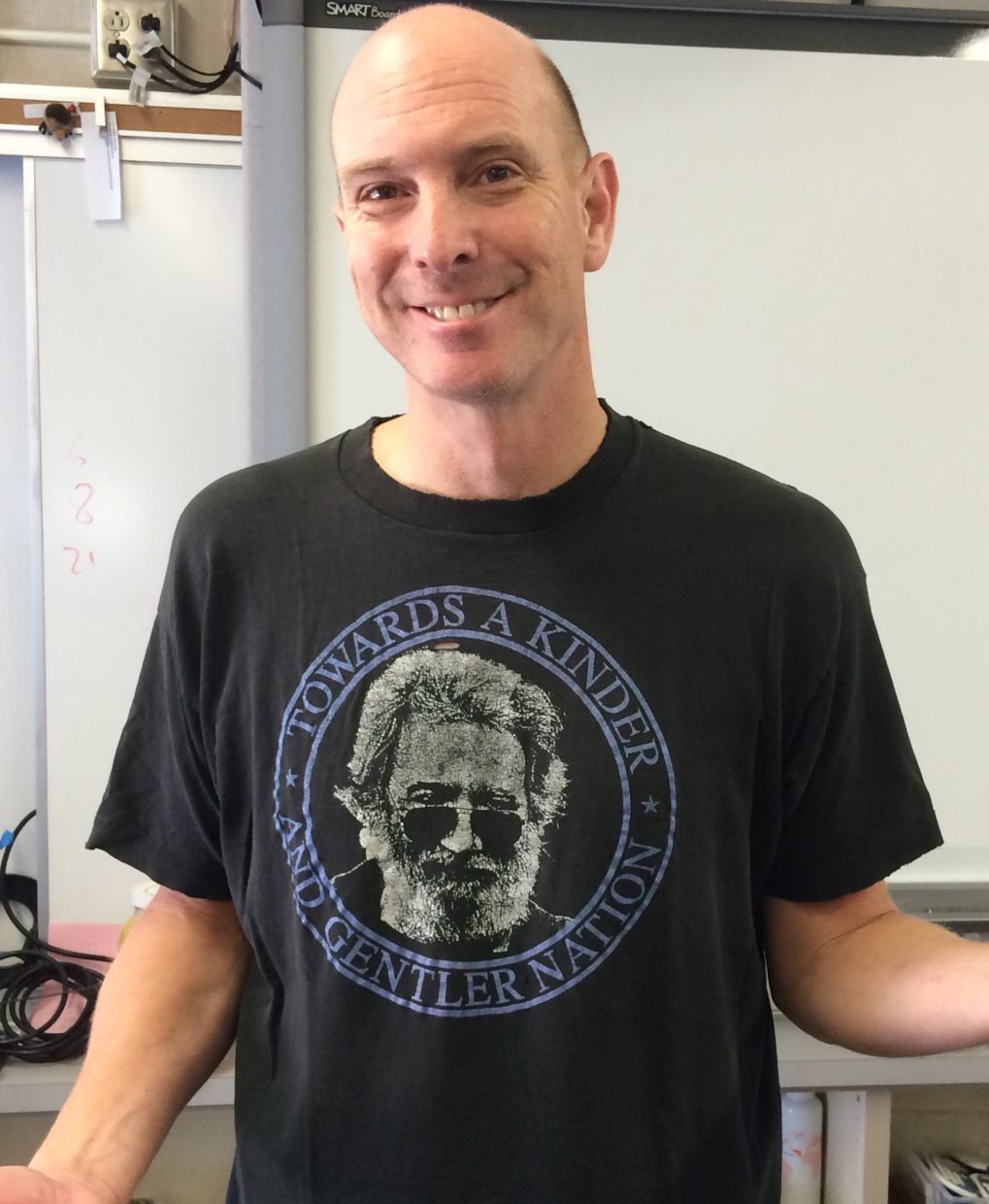 Deadhead membership at M-A isn’t only limited to students, however. Among other faculty, Advanced Placement Environmental Science (APES) teacher Lance Powell has been an active Deadhead since his days in high school. When asked how many times he’s seen the band live, he responded, “with the original members? Probably around 40 or 50.” Discovering the band as a sophomore when it came through his hometown, Powell was instantly hooked. “It definitely got me into guitar,” he recalled, dressed in a tattered Jerry Garcia shirt that has seen its fair share of Grateful Dead shows. When asked why he is pulled so strongly to the band, he replied, “I think the thing I really like about them is that every show is different. So many concerts are just a reproduction; they play the same thing 50 nights in a row… [the Grateful Dead] aren’t like that.”

Powell’s love for the Dead even closed him off to new music for a while. “[He] missed out on pretty much everything from 1986 to 1997” music-wise but has since caught up. Some of his favorite memories are following the Grateful Dead members around on tour and enjoying the atmosphere that followed them. Even while working for the Forest Service in Idaho, he still found time to go to as many of the band’s shows as he could.

Though the original generations of “Deadheads” are still as adamant about the band as they were decades ago, a new generation is beginning to take its roots. Even without the leadership of Jerry Garcia, the music of the band continues to resonate with many young adults to this today. From the grim poetry of “Morning Dew” to the upbeat reassurance of “Touch of Grey” and the chanting choral arrangements of “Terrapin Station,” the Grateful Dead’s music has a special place in the hearts of Deadheads for generations to come.