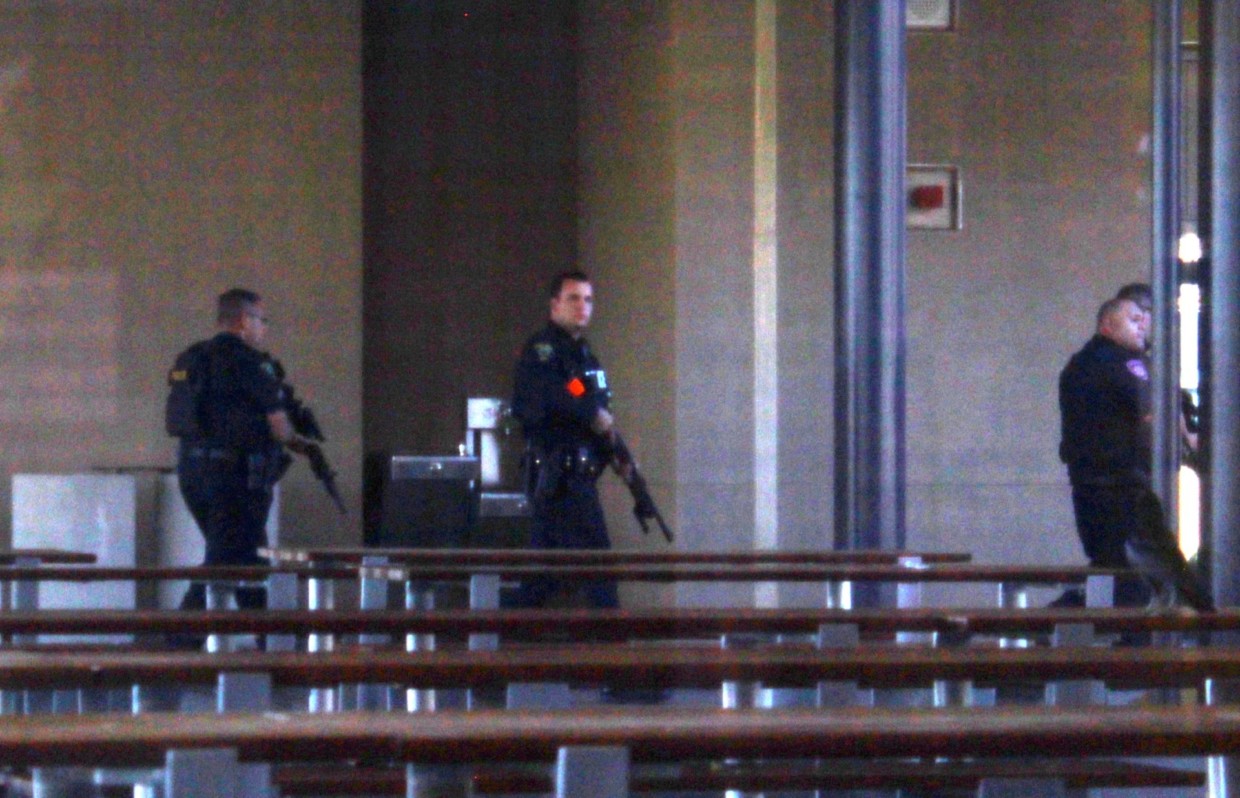 At approximately 10:10 A.M. on Wednesday, October 17, a shelter in place announcement spread throughout Menlo Atherton. In I-4, students immediately began shutting blinds, as Cindy Donaldson quickly locked all the doors. While there was a sense of urgency, all students and teachers remained calm and collected. Following last April’s lockdown, many teachers were more sensitive to the situation at hand and reacted quickly to keep the students safe. However, while some classrooms actively followed strict procedures, other classes were not nearly as concerned.

A student in Lee Trampleasure’s AS Physics class reported that “the door was left unlocked, the A/C on, and the blinds open.” In response to a student suggesting it was a mountain lion, he said, “well, mountain lions can’t open doors.”  Mountain lions aside, other students were also somewhat misinformed about the reason for the shelter-in-place; one senior noted that “[she] thought it was a gas leak, so [she] was shocked to learn later that a SWAT team was on campus.”

In Rika Hirata’s second period ceramics class, rap music drowned out the announcements, leaving some students confused. In general, however, there were fewer rumors than the lockdown of last April.

Approximately 15 minutes later, the first of many follow-up announcements occurred, informing all students and teachers to remain in the classroom and keep all the doors locked. Through upstairs I-wing windows, students and teachers saw police on motorcycles throughout the field and campus, causing concern to students. However, the administration emails updating parents and staff kept all teachers as calm and informed as possible.

Donaldson said, “I was glad to have clarity about the level of danger…I appreciated that they didn’t just go straight to lockdown like they did last year which implies an active shooter. I was glad that they eased into it.” She says that she did not hear a flurry of rumors spreading as she did in April, “I thought it was handled really well.” Through locked doors and closed blinds, many teachers resumed instruction and students continued their school work.

In comparison to the April lockdown, junior Simon Danitz said, “I was less scared because I was taking an APUSH essay and I didn’t want to mess up.” Similar to the APUSH class, jazz band resumed as usual despite the shelter in place. They continued practicing, and senior Erica Fischer said, “We weren’t very worried because…I figured if there was a problem they would probably come to us first and tell us to shut up.” 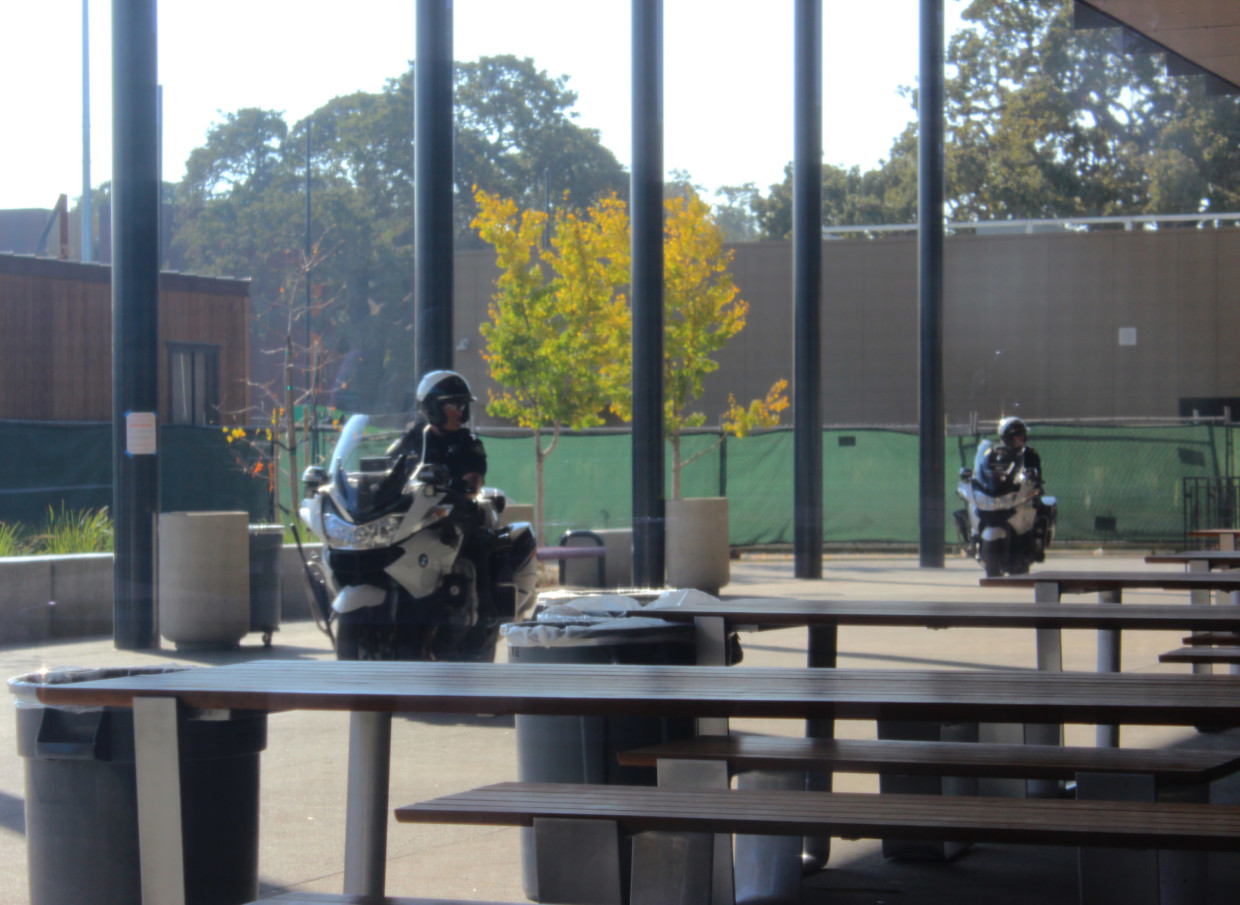 At approximately 11:20, the shelter in place was lifted and all students proceeded to their fourth period classes. In Joseph Vanderway’s fourth period AS Physics class, students seemed upbeat and completely unfazed. Vanderway announced to the class that as a result of the shelter in place, he learned that, “No one knows how to turn off the bells…they don’t have control over the bells.” Frequent announcements rang out, informing the school that a bell would ring to lift the shelter in place and allow students to proceed with their day. However, the original bells continued to ring, confusing both students and staff, requiring additional announcements to disregard the usual bells.

After both the April lockdown and Wednesday’s shelter in place, students and faculty members were extra cautious and sensitive, keeping alert and aware at all times. Senior Laura Kirk compared the two events and stated,  “I wasn’t too concerned [this time] because it wasn’t announced as a lockdown. Last year, the girl next to me was having a panic attack and this year no one seemed to be too scared, it was like we were continuing class in locked doors.”

It was later revealed that there was an adult that the police were looking for, but after discovering that he was not on campus, classes resumed. The school was simply taking extra precaution, and all students, teachers, and faculty were safe. While it seems that the lockdown has made us more responsive to situations at hand, one senior notes that this might not be constructive, “I think it’s good to be sensitive, but we shouldn’t get carried away and be scared all the time.” We must be able to move on, yet still be cautious and alert at all times.

On Friday, two days after the shelter in place, AP Literature teacher Tania Kranzler said that “someone knocked on [her] door and ran. [She] was concerned and [said that] It’s scary that we have to think this way.” A  student in her class noted that she was “frazzled and concerned, and responded quickly to the situation, immediately calling the office to send someone to check out the situation.” The community is especially aware and sensitive to events like these, and everybody is more informed and prepared.