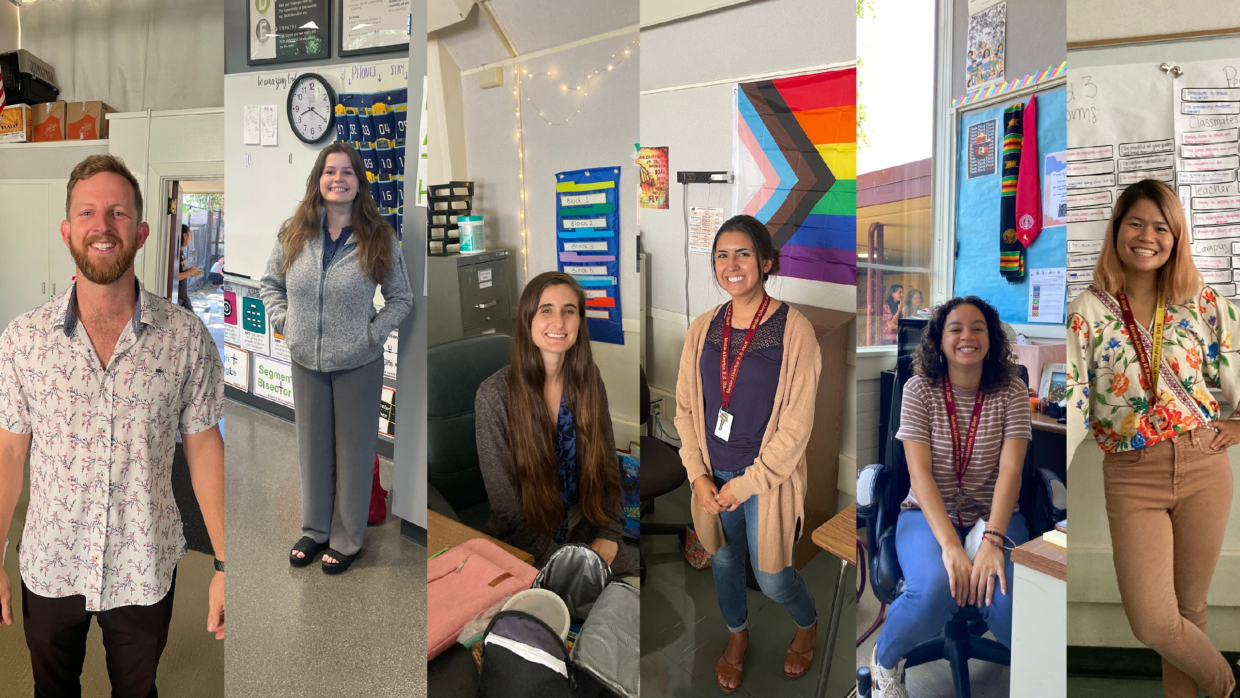 This year, M-A has 18 new teachers. All bring enthusiasm, creativity, and new perspectives to their classrooms. Below are features on seven of them.

Lan Nguyen grew up in Long Beach, California. She attended Northwestern University, and studied journalism at first but later switched to education. She said, “I cared too much. I was told that journalists weren’t supposed to be involved, they were supposed to be completely objective. I wanted to be involved and to help people more directly. So, I decided to go into education instead.” Nguyen is also an award-winning documentary filmmaker! A few of her films are: Conversations at the Register, about gentrification in her hometown, and Fighting for Family, about the toll of deportation on communities. In the classroom, Nguyen enjoys assigning projects that students can relate to. She said, “I really enjoy watching TikToks in my free time, so one of my favorite assignments is having the kids make their own TikToks.”

As a former Ancient and Medieval History major, Kelsey Takahashi’s love for history inspired her to become an Ethnic Studies teacher. She previously taught middle school in the Redwood City and Berkeley Unified districts. Takahashi also loves binge-watching TV. She said, “It’s an ongoing joke among my friends and I to watch The Bachelor and The Bachelorette. However, it’s becoming more and more intolerable.” Takahashi also loves watching students be creative with open-ended assignments.

Santa Cruz native and recent Stanford Teacher Education Program graduate Chloe Gentile-Montgomery is a poet and self-published author! Check out her book, Rustlings of the Spirit, on Amazon. Gentile-Montgomery said, “I hated history in high school, I thought it was so boring and irrelevant, but then I took an ethnic studies course in college and I was like hold up, this is actually so interesting! I decided to double major in ethnic studies and environmental science.” Gentile-Montgomery most recently taught in the East Palo Alto Unified School district. In her free time, she enjoys surfing, gardening, and hanging out with her cat Kiwi

Samantha Castillo is fluent in both Spanish and English and is passionate about Latinx advocacy and bilingual education. She double majored in English and History at Santa Clara University and also recently graduated from Stanford’s Teacher Education Program. Castillo is an avid reader—one of her favorite books is Their Eyes Were Watching God by Zora Neale Hurston. On her teaching philosophy, she said, “I try really hard to make sure that my students’ interests are able to connect with the material that’s focused on. I want them to feel that they are safe and wanted here.” In her free time, Castillo enjoys running and hiking.

California native Erika Mungai is another new addition to the M-A English department. She grew up in Monterey, attended Stanford for her undergraduate degree in English and Creative Writing, and, like many fellow new teachers, recently graduated from Stanford’s Teacher Education Program. Another Tree becomes a Bear! In the classroom, Mungai enjoys helping students develop their narrative writing, discussion, and visual arts skills. Her favorite books are Zen and the Art of Motorcycle Maintenance by Robert M. Pirsig, Little Women by Louisa May Alcott, and All the Light We Cannot See by Anthony Doerr. In her free time, Mungai enjoys painting, reading, and spending time with friends.

Algebra I and Geometry Enriched, G-22

Sarah Groh joined the M-A math department after working as a TA at Woodside High School. She said, “I’ve heard really positive things about M-A, and I’m looking forward to getting to know the students and community. I want students to know that I’m friendly and that no question is a bad one.” Groh previously taught English in Spain. She said, “teaching in Spain was very eye-opening and a much different experience than doing so in the US.” In her free time, Groh enjoys painting and cooking.

Austin Hunt joined M-A after four years at American High School in Fremont, CA. He said, “I like how everyone at M-A is passionate about the school community. I also enjoy seeing students participate in extracurricular activities, as I think it gives them an opportunity to go beyond what is being taught in the classroom.” Outside of teaching, Hunt is a tennis enthusiast. He likes to play “as often as possible” and coached the team at his previous school. In addition to tennis, Hunt also enjoys going on runs, traveling, skiing, and snowboarding.