According to Katelyn LaPine, a teacher and conflict mediator at M-A who organized the assembly, the main focus of the new and improved anti-bullying assembly is now patience, respect, integrity, determination, and empathy (PRIDE). This year, the speakers strived to voice what makes M-A’s community special and promote a supportive, empathetic campus through the “anti-bullying lens.”

Speaker Lena Reibstein tells the story of her mom’s determination with cancer and how it inspired her to create the American Cancer Society Club.

In the past, the assembly focused directly on advocating compassion and positivity on campus. This year’s assembly, which LaPine calls the “brain-child” of Principal Kennel and the Anti-Bullying Committee, continued to build on this idea through the perspectives of students and staff on the various aspects of PRIDE.

LaPine stated, “Bullying is not a relevant issue because it does not manifest in the same stereotypical ways we witness in 1980’s John Hughes films, with various high school personas fulfilling specific roles in the ‘high school food chain.’” However, she believes bullying is ubiquitous in its new incarnation of social media.

Speaker Folashade Akinola shares her story of how she was bullied for being on the football team.

From what she has observed, LaPine believes bullying today is more subtle than it used to be. She said, “A cold shoulder, whisper, or laugh can be worse than an overt insult because it can be harder to prove.”

Although bullying may be more insidious than it was in the past, it is still present. The goal of the anti-bullying and PRIDE assembly is to promote a safe, healthy, and happy environment for all students, so they feel comfortable being themselves and have confidence in their ability to find their place in the diverse M-A community. 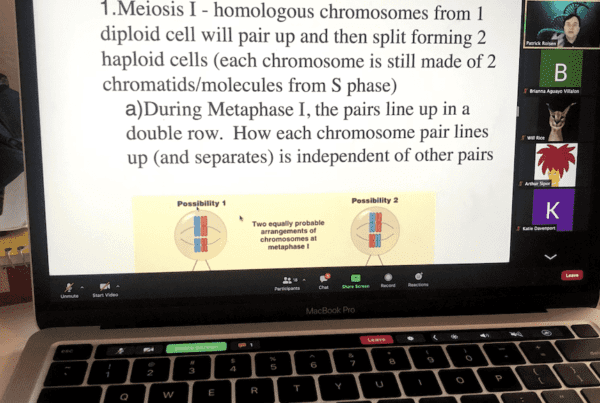