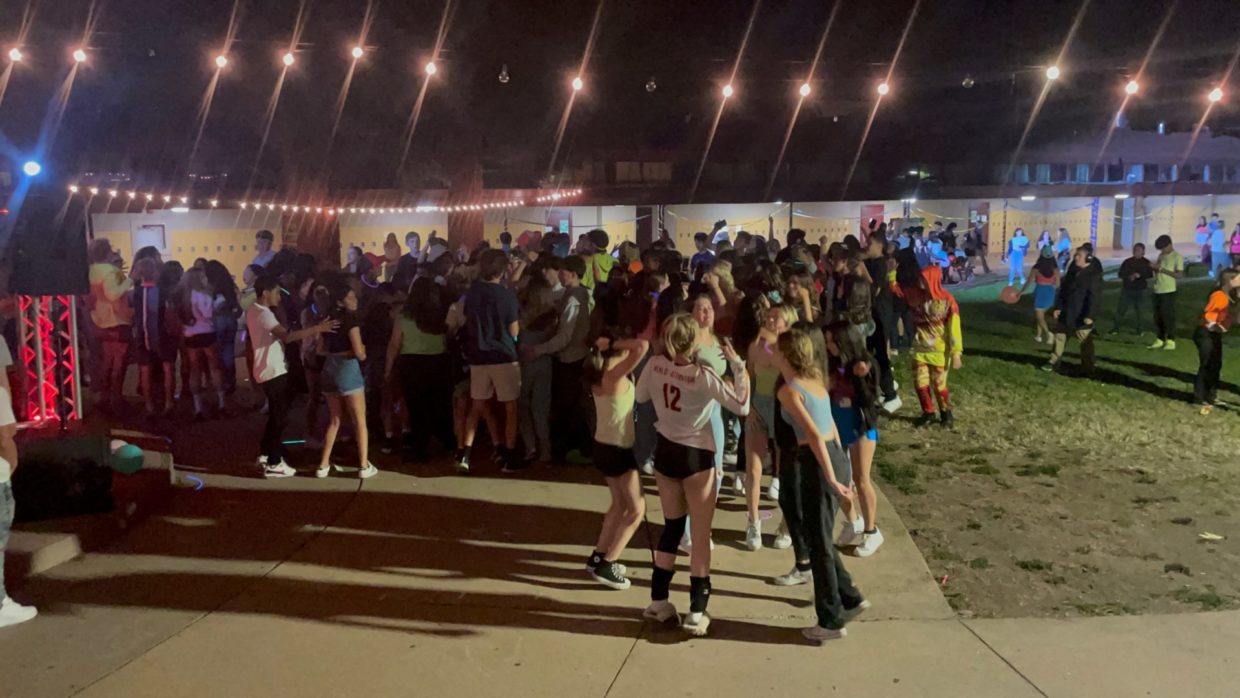 Neon Night: A Bright Start to the Year

On Friday night, M-A hosted its annual back-to-school dance called Neon Night, where everyone came decked out in bright colors. Leadership curated a lively atmosphere with snacks, lights, and balloons on the green. There were some sophomores, juniors, and seniors but the majority of the crowd were freshmen.

The night started off mellow, freshman Gabi Jansen said, “It would be a lot more fun if more people got into the music and participated in dancing altogether.” Eventually, as the night went on more and more energy began to circulate on the dance floor. Students danced and jumped up and down, while a giant mosh pit was created in the center of the dance floor.

Some reminisce on last year’s Neon Night, saying this one felt very similar. Sophomore Sophia Katz said, “I came last year and this year the dance is exactly the same as what I remembered. We’re all together outside and there were good snacks and a DJ.”

Freshmen, like Jayce Reese, were ecstatic to be attending their first high school dance. She said, “This dance is different compared to other ones that I have been to in middle school since it’s outside with everyone dancing and jumping, and everyone is practically glowing in the dark.” Another freshman Bruno Szilard said, “this dance is way more hyped compared to any other dance I have been to. It’s a ten out of ten for me.”

Senior and ASB President Erin Young said “Neon night was a fun one to set up because we chose all the decorations and got to put up streamers and balloons.” Overall, 254 students ended up glowing on the green at Neon Night, and had a blast!