Niki Caro, director of the recent Mulan live-action film, was given no small task; she was to remake the original 1998 movie in a way that paid tribute to both Chinese culture and nostalgic Disney fans. When I found out about this remake, I was ecstatic. Being Chinese myself, I hoped for the movie’s success — it very much could’ve been another breakthrough for the Asian community. The resulting film, however, was both exorbitantly priced and an embarrassing representation of the classic movie. It stripped Mulan of the grit that made her a true underdog, doing injustice to one of Disney’s most endearing characters. Deviation from important plot points and a general lack of excitement makes the situation even worse.

So what makes it so difficult for audience members to empathize with Mulan? It’s the fact that she is gifted with the power of “qi” (in Chinese culture, this is the balance of energy represented by yin and yang). By harnessing this special energy, Mulan becomes a skilled fighter with no need for training. 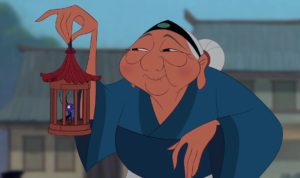 Mulan’s grandma, as well as the cricket she claims is a lucky charm, have also been removed from the remake.

“It feels that this Mulan was born with eight-pack abs,” one Chinese viewer writes. This lack of character development makes the entire movie feel pointless — where’s the fun in watching people succeed all the time? If that wasn’t enough, we’re deprived of Mushu’s comedic relief, iconic songs like “Reflection,” and Mulan’s relationship with her love interest Li Shang

All of this comes as a surprise, considering Caro seemed fully aware of her responsibilities as a director.  “Although it’s a critically important Chinese story and it’s set in Chinese culture and history, there is another culture at play here, which is the culture of Disney,” she says in an interview with The Hollywood Reporter. “And that the director, whoever they were, needed to be able to handle both—and here I am.”

Here she is indeed, responsible for the major letdown that was Mulan 2020 — a true disappointment, as my year had otherwise been going pretty well. Before I continue, let it be clear that I’m extremely easy to please when it comes to movies. All I really ask for is some life and humor.

Admittedly, some things don’t work out so well in live action movies, and spunky red dragons like Mushu fall into that category. So I kind of get it. But if the goal was to keep the movie more realistic, then what was Caro thinking in adding a witch that shapeshifts into a hawk? And giving Mulan powers that allow her to easily scale walls and jump off roofs? I would’ve still preferred a terrible CGI dragon to any of these added features, because at least then we’d have Eddie Murphy. Instead, all the more pressure is put on Mulan to make us laugh — but she is monotone, rigid, and doesn’t even sing. So much for the culture of Disney. In the original movie, the montage of boot camp is enlivened by “I’ll Make a Man Out of You,” and we can also witness Mulan’s development as she strengthens herself without qi. This time around, the boot camp scenes stretch on indefinitely and Li Shang isn’t even there as a leader. Producer Jason Reed explained: 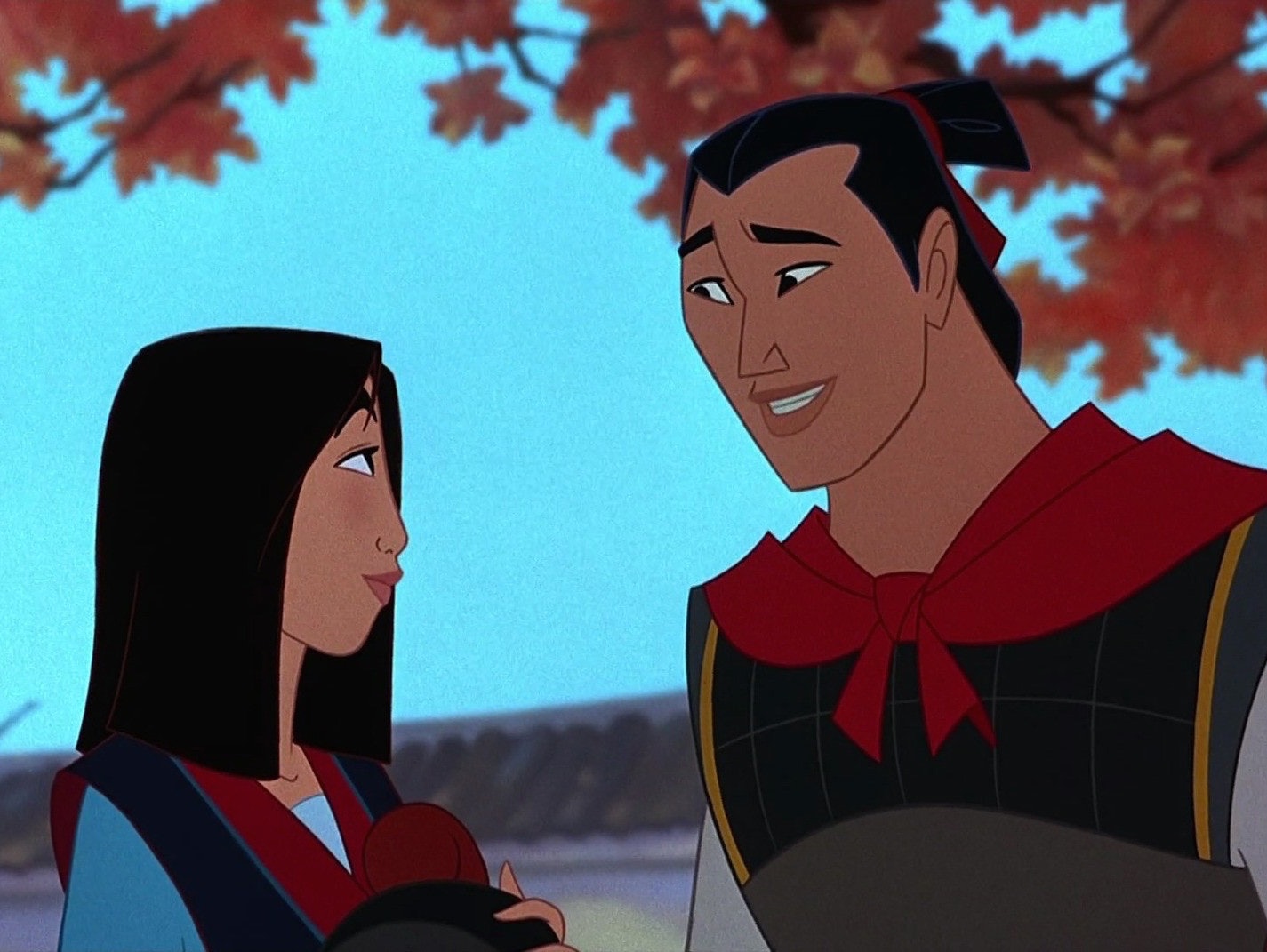 In the 1998 film, Mulan proves her worth to Li Shang after saving his life

“We split Li Shang into two characters. One became Commander Tung who serves as her surrogate father and mentor in the course of the movie. The other is Honghui who is [Mulan’s] equal in the squad.”

Li Shang, Mulan’s future husband and a bisexual icon, is a fundamental character. Removing Shang also removes a beloved Disney relationship and an empowering message — in the original movie, he grows to respect Mulan as his equal after once believing women were unsuitable soldiers. At this point, the remake is no longer a remake. It has become the product of Caro’s own attempts to add depth and cultural elements to a movie that was already rich with symbolism. The least Caro could have done was make this spin-off fun to watch. I’ll spare the additional negativity by keeping the rest short: the ending was no better. Instead of celebrating what should have been wonderful character growth and a triumphant victory, I was just glad the movie was finally over.