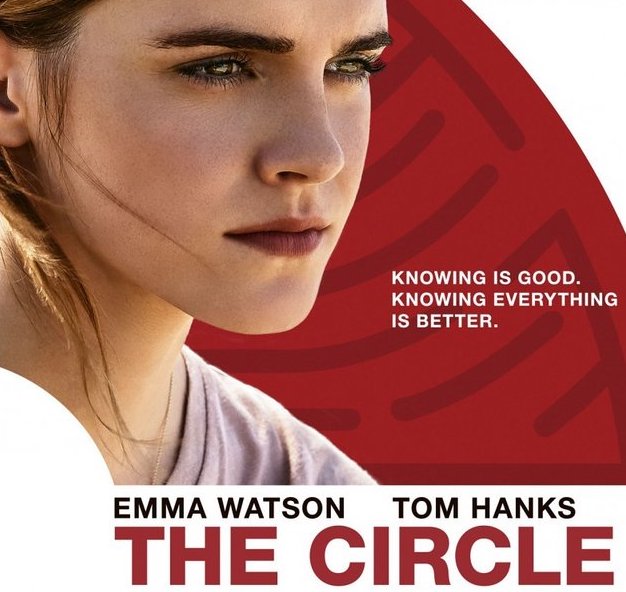 “The Circle,” a thriller directed by James Ponsoldt, follows Mae Holland (played by Emma Watson) as she enjoys the advantages and discovers the faults of working at the world’s largest and most innovative technology company called The Circle. The company is led by Eamon Bailey (played by Tom Hanks). The story, based off of Dave Eggers’ 2013 novel of the same name, takes place in Silicon Valley and explores the ethical dilemmas concerning privacy and freedom in today’s digital age.

When the film begins, Holland works as a customer service employee at a small, mundane company, but soon into the movie, she receives an interview at The Circle. Shortly after receiving a job in Customer Experience for the company, Holland climbs the company’s ranks, and she becomes a leading image of the business after agreeing to go “transparent,” meaning she would wear a small video camera and livestream her entire day on a global scale. She continues to become an integral member of The Circle, eventually suggesting new ideas and programs herself.

The company capitalizes on slogans such as “Knowing is good but knowing everything is better” and “Secrets are lies” to promote their latest product See Change, which was created off of the idea that humans act more responsibly when being watched or recorded as they are being held accountable for their actions. Ultimately, the product is a huge violation of one’s privacy, yet is widely popular amongst most communities in the movie. More frighteningly, See Change and its popularity in “The Circle” might not be too far off from a potential innovation in our own future.

“The Circle” highlights key issues in today’s society concerning internet privacy and freedom by providing examples of how the latest technologies have key advantages but also devastating harms. For example, some of The Circle’s innovators were creating a service where missing children could be located within 90 seconds. While the product would significantly decrease problems such as child kidnappings, it comes with the physical cost of placing a chip inside the child’s bone as well as the sacrifice of the child’s independence.

Another program of The Circle is called Soul Search which allows Circlers (users of the Circle’s products) to track down virtually any human in the entire world in under twenty minutes with the help of other Circlers. While the service has the potential for good such as locating an escaped criminal, a test goes very wrong when one of Holland’s friends, who is a large opponent to The Circle’s products and ideals, is involuntarily found. Essentially, Soul Search is a global manhunt, which has some pretty clear negative implications. Moreover, it displays The Circle’s blatant disregard for the basic human right to privacy. The programs allow the viewers must compare the benefits which result from these advancements with the sacrifices to personal freedoms that are tied to them. Additionally, the movie makes the audience question the morals behind internet privacy and consider the limitations society should place on the development of technology.

A downfall of the thriller was its predictability and repetitiveness. While an interesting topic, the movie’s key plot points lacked development, and thus, “The Circle” ultimately felt like the plot of every other dystopian society movie. Additionally, there was an absence of needed tension between Holland and Bailey, the protagonist and antagonist respectively, but also between the characters for and against internet privacy.

Despite featuring the talented actors Emma Watson, Tom Hanks, and John Boyega, “The Circle” did not highlight their abilities to perform. Watson displayed few distinct emotions, and Hanks’ scenes had little variety. The majority of his appearances were in a presentation featuring the newest innovation or in a conference. As a result, there was little character development for Holland as the protagonist and Bailey as the antagonist.

“The Circle” had the potential to be a fantastic film with its award-winning cast and the relevant themes; however, the failings with the plot and characters prevented the movie from being truly outstanding. Nevertheless, I highly recommend viewing the film as it sheds light on privacy and internet freedom issues which are growing in importance today and overall, is an engaging movie. To watch the trailer for The Circle, click here.