Editor’s Note: This article originally appeared in the December 2017 issue of The M-Ark.

The simple hashtag #metoo, coined by Tarana Burke in 2007, and recently referenced by Alyssa Milano took social media by storm this fall. Milano’s tweet, which referenced the Harvey Weinstein scandal, asked women to retweet #metoo if they had ever been sexually harassed or assaulted. Within 24 hours, numerous high profile celebrities, as well as more than 4.7 million Facebook users, had posted it. The rapid spread of #metoo brought light to the ongoing problem of unwanted sexual attention both men and women face. It has also been a catalyst for increased awareness and conversation about this issue here at Menlo Atherton and on a global scale.

#metoo and the movement it has helped to create has allowed people to acknowledge their experiences with sexual assault, harassment, and mistreatment with less fear of humiliation or retaliation. As a new conversation on sexuality has emerged and many more women have come forward with their stories, more and more high profile men have been accused of such misbehaviors. Many men previously seen as untouchable such as politicians and businessmen have suffered consequences for their actions. Although it has been the high profile cases that have put this dialogue in the media, this issue is not one that only pertains to actresses or politicians, it is an issue that is common in schools and the workplace. Unfortunately, these are issues students and teachers at Menlo-Atherton face too. When I asked female students at M-A if they had experienced any form of sexual harassment, over 75% said they had. Sexual harassment is an issue many women face, yet until recently it has until now gone relatively unacknowledged.

While the #metoo campaign was started in 2007 by Tarana Burke, it blew up after Alyssa Milano posted on Twitter about the movement in October in light of the allegations made against Harvey Weinstein. Burke started this movement in hopes of helping women of color who had survived sexual assault, abuse, and exploitation. She wanted to spread this phrase as a way for survivors to come together and say that they are not ashamed. Now women are using this phrase as a rallying call. Over the past months, this has become one of the largest cohesive movements addressing sexual harassment, assault, and mistreatment. 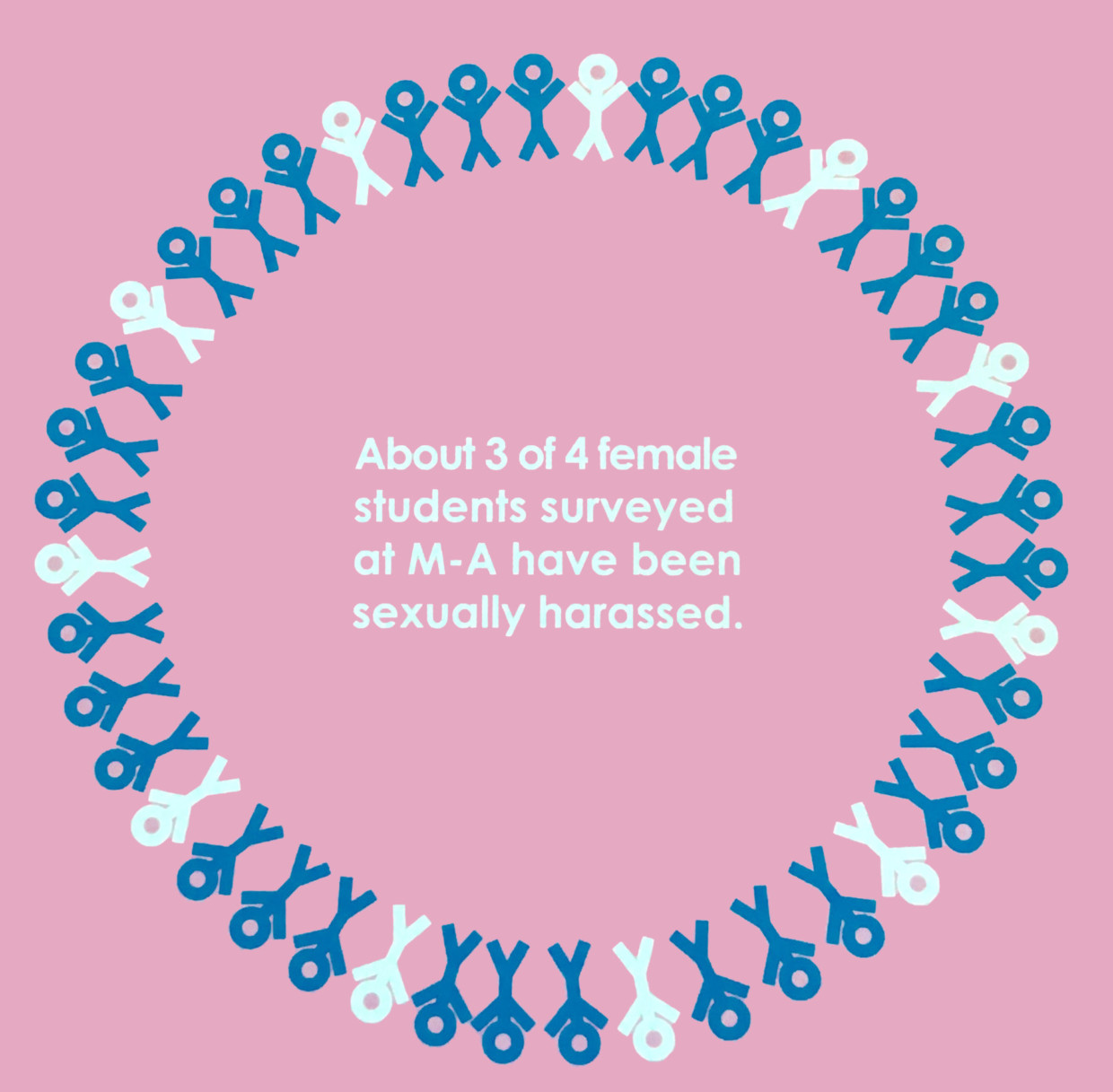 While this movement is focused on spreading awareness of sexual harassment and assault around the world, the majority of press around it has been related to powerful men in Hollywood. In the past, many women who have publicly accused powerful men of harassment have been met with an onslaught of hatred and degradation. Unlike women who have accused powerful men in the past, the women who accused recently Harvey Weinstein of sexual harassment were met with momentous support from women on social media spreading the words “me too.” This affirmation demonstrated to women that their stories could be validated. After the #metoo campaign began, at least 80 more women have accused Harvey Weinstein of sexual misconduct. The acceptance this movement has given survivors has led many more women and some men to come forward with accusations of sexual assault and harassment. Matt Lauer, Mark Halperin, Ed Westwick, Charlie Rose, Brett Ratner, Louis C.K., Roy Moore, Al Franken, Kevin Spacey, and Ben Affleck are just a few of the high-profile men who have all been accused of sexual misconduct by a number of men and women. These publicized and relatively accepted accusations are a step towards making progress in society, but far more must be done. While many victims have spoken out for the first time, there have not always been consequences.

The #metoo campaign in it of itself is only the tip of the iceberg. While the movement in the most basic sense solely encompasses the millions of social media posts including the phrase, “me too,” but the implications and meaning behind of this initial movement are far greater. Like most social media trends, after the initial support from the masses, many people have forgotten about the phrase. Despite this, the effects of this movement remain front and center in the media months later. This is due to the fact that this movement is not about isolated cases or sectors of the workforce, it is about how, in society, sexual mistreatment has been accepted as a norm forcing victims to remain silent or face backlash. Clearly, in our culture, this is something that was not normally talked about, but through this tidal wave of acknowledgment, women have felt emboldened to share their stories and increase awareness of this issue.