Making the Move from Private to Public School

Moving schools and leaving close friends can be very difficult, but each year a few students dare to leave the campus where they climbed trees, played basketball, and learned the drums. I privately asked five M-A students what it was like to separate from their childhood friends and teachers. How the transition from a tiny private school where the focus is fun or competitive academics to M-A’s diverse campus and bountiful opportunities was. I asked what motivated them to leave their former school, what they missed, their regrets, the surprises and pressures they encountered, and how they keep in touch with their former life and friends.

Freshman Irmak Unsal went to private schools all her life, first Challenger and then Harker. She was born in Turkey and immigrated to the U.S. when she was in first grade. Her family “believes education comes before anything else” and hoped Challenger and Harker would make that possible. 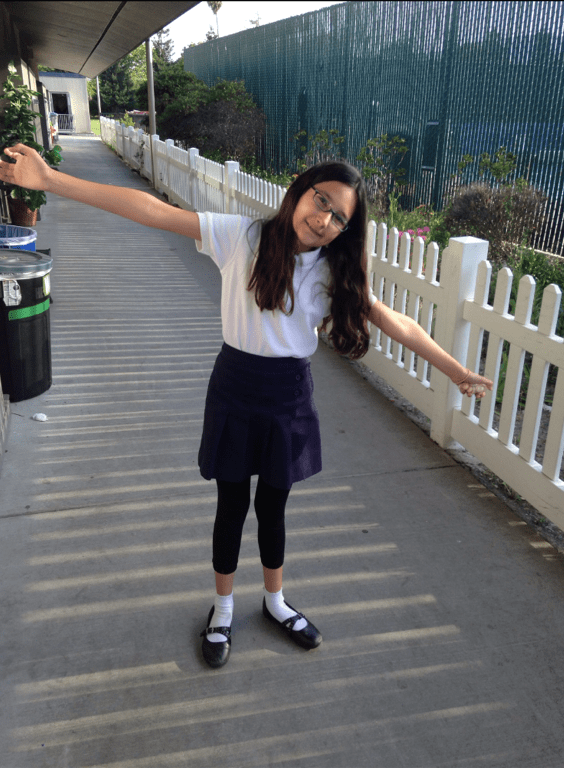 Unsal poses for the camera in her Harker uniform. Credit: Irmak Unsal.

Unsal’s middle school, Harker, is a very small school with about 15 students per class and a 100 in a grade. It was the case where “you know everyone and everyone knows you,” she explained. There was a strict uniform, which she described as “uncomfortable.” Smiling, Unsal recalled how one girl in retaliation against the uniform had “bedazzled it and got suspended.”

Unsal remembered how other students had their own ways of rebelling against the uniform. “A lot of students would wear leggings and try to hide them because you weren’t allowed to, some of the teachers helped them,” said Unsal. While she and her friends didn’t usually partake in student gossip, she like “everyone else knew what happened around the school.”

Unsal had to leave Harker when she didn’t pass biology in eight grade. Moving to M-A, her first impression was that it was “very, very strange.” She was astounded at how “M-A brings a lot of people of different races, religions, and genders,” she said. At Harker, most of her peers were Asian.

She was also “really excited” to choose her courses for M-A. “Comparing the curriculums of M-A and Harker, I remember that Harker had this strict flow chart. Meanwhile at M-A, you got to choose many of your courses,” she commented.

Unsal was also happy to see that there were people with different sexual orientations as well. She remembered how some students at Harker had not taken well to sexual differences. “There was this kid in my drama class who came out as bisexual and this other kid constantly made fun of him,” she said. She thinks it’s because many students were “very closed off from the world … The school doesn’t expose its students to other people.” Unsal believes here at M-A there is a different mentality, while there “might be a few people who don’t accept others, there is a huge group who will understand and accept them.”

However, what Unsal feels most strongly about private schools is that “it’s like you are not allowed to be wrong there” and “it’s not the teachers who tell you that, but the other students.” At Harker, she felt she was part of the “outsider” group because if her fellow students felt that “you were wrong there, you were immediately excluded.”

Unsal considers herself as someone who is determined and curious. When she gets a problem wrong, she says “’okay I’m wrong. What’s the correct answer.”’ Instead of being accepted, though, she felt that “students like me weren’t allowed” in private school. She believes it’s this attitude that has contributed to her uncharacteristic shyness and a reluctance to answer many questions.

Senior Helen Boussie went to Peninsula private school for eleven years. For her, it was a child paradise, “All I really wanted to do was climb trees and weave…There was a lot of dirt and trees,” she said.

Boussie fondly recalls how close students were with their teachers, “You have one teacher for each grade. I was very close with all my teachers, I called them by their first names” she said. Her classes had approximately 20 students meaning “you didn’t really get to choose who you were friends with. It was the people you hung out with in class. You either liked them or you don’t. There is really nothing you could do about that,” she explained. 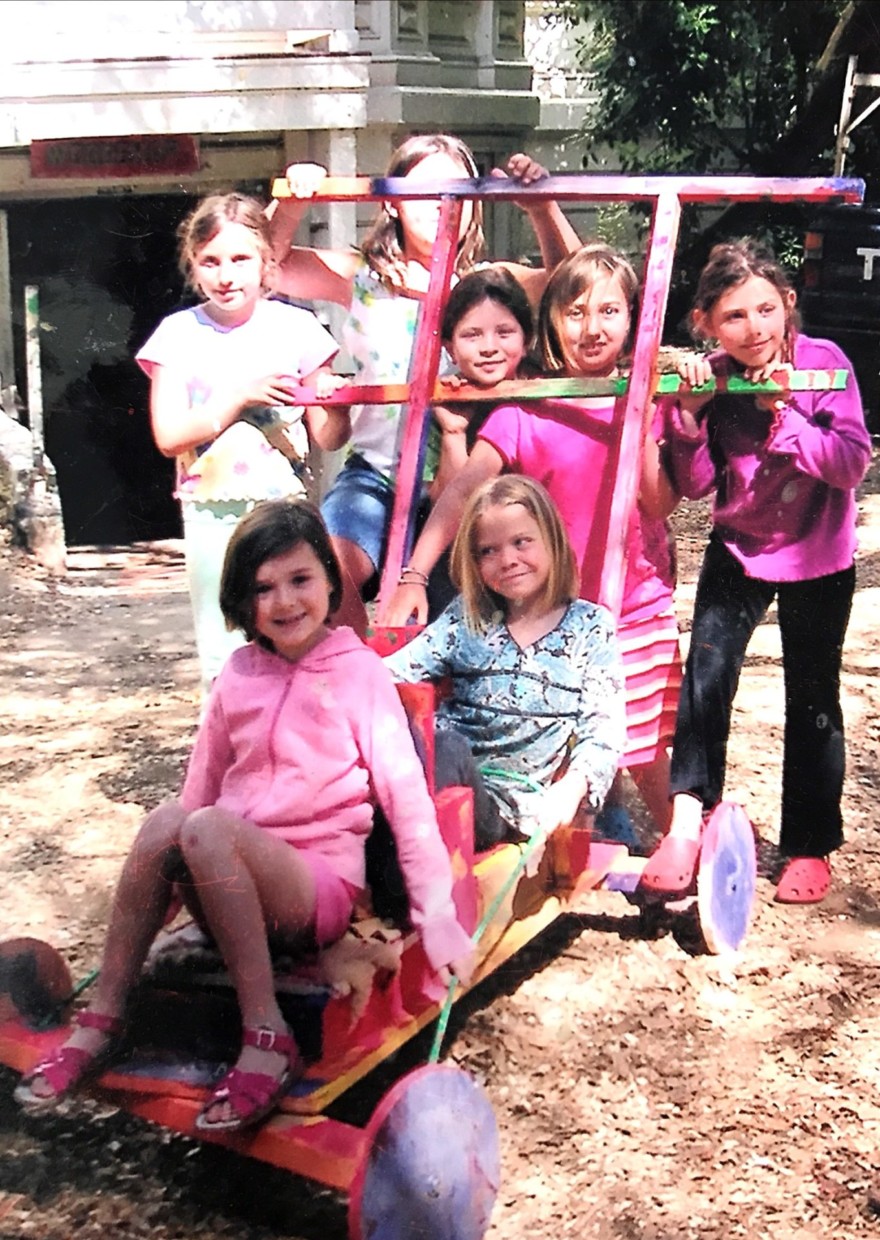 However, Boussie knew she could rely on Peninsula’s close-knit community. “You will always have those people for the rest of your life,” she commented. Constantly being surrounded by familiar faces though had a price. Gossip and student drama were always on the move. It was “hard to change. Any change would be noticed and become a big deal. Someone getting a haircut was an enormous thing,” she recalled.

Moving to M-A after eight grade, she missed the fun of Peninsula’s yearly camping trip and their “Choice” program; where students explored various cultures such as Indian cuisine and practiced unique crafts like weaving. She missed how the school was “big on the social aspect and building a love for learning.”

Today Boussie is still in touch with all her Peninsula friends including one across the country and the other in Taiwan.

Sophomore Saarth Bonde was at Nativity for one year before he transferred to La Entrada Middle School. He felt the move from private to public was a struggle. “I was a little behind academically, but I made that up pretty quickly,” he said. He misses Nativity’s free time and less competitive atmosphere; however, he feels “regret all the time” for going to a private school rather than a public. “If I didn’t go there and went straight to another school, I wouldn’t have had to struggle that much.”

While playing basketball at Nativity was fun, “it was even more fun at La Entrada”.

Freshman Sofia Willis attended Peninsula from preschool to seventh grade. She remembers “a lot of people running around with bare feet, everyone knowing how to climb trees”. Similar to Boussie’s experience, Willis felt the “small class sizes pushed us to make friends.” She felt she fit in with her racially diverse peers, “It was pretty diverse. A lot of different cultures like African American, Hispanic, white, Asian, and bi-racial like me,” she explained.

At Peninsula, “everyone knew everyone” and moving to Hillview for eight grade “was really hard for me because I only knew a couple of friends there,” said Willis. She missed her close friends at Peninsula and the good times they had had together, “I thought my friends were so lucky to stay there…I missed it a lot in middle school,” she said. Willis also struggled academically with the move and had to get a tutor. At one point, “I didn’t know how to read a clock. I used to go up to people and ask ‘what does this say.’” To this day, she still struggles with spelling.

In contrast, Sophomore Danielle Gafni went to public schools since a young age. Although instead of heading to M-A after graduating La Entrada middle school, Gafni searched for an academic change of pace, a friendly community, and a chance to pursue her Hebrew studies. In the spring of 2015, she shadowed at the private school Kehillah and “fell in love with it.” 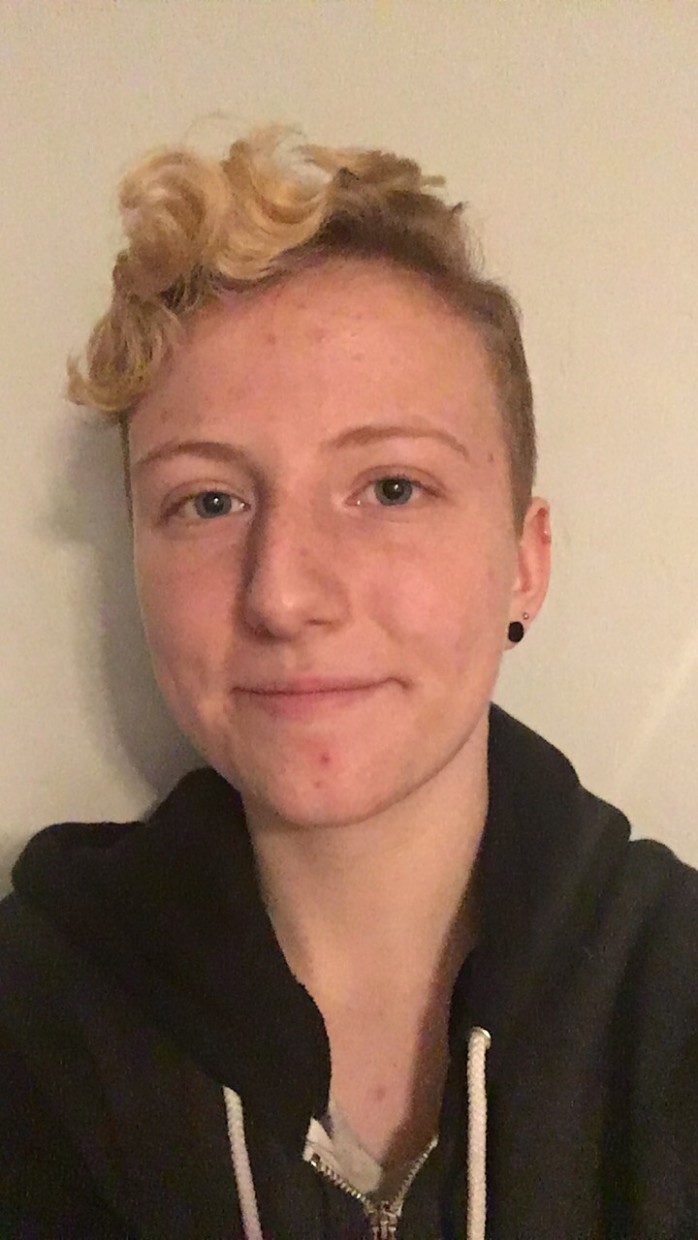 Gafni enjoyed many aspects of being part of the Kehillah community. She loved how every Friday, there was a Kabbalat Shabbat, where “three hundred kids would sit in one room and just listen” to upcoming school events and Israeli current events. She loved that she could catch up on her Hebrew and learn how to play the school’s “really nice drum kit” on her own. It was in Kehillah’s band room that she “discovered music.” During open blocks, “I would just go in there and play for an insane amount of time,” she fondly recalled.

There was about 55 students in Gafni’s grade, one of the more larger classes. One pro was more academic attention, but Gafni felt that by the second semester, classes as small as only six students became “socially suffocating.” “I was meeting new people, and then I kind of ran out of people to meet. I became kind of claustrophobic socially. There was like nowhere to go once you found a group. You were just stuck in once place,” she added. The student diversity was also limited, “there weren’t many different types of people. Kind of one type there…They were more the creative type than the academic.”

While Kehillah means “community” in Hebrew, Gafni felt that the school’s efforts to achieve it “was forced together…I felt like some of the relationships you formed were kind of superficial. You didn’t have many options. You kind of just settled,” she said. Gafni believes that it’s Kehillah’s few students that caused the tense relationships.

Not feeling challenged enough academically and yearning to meet new people, Gafni transferred to M-A for more advancement opportunities and to reunite with her former friends from La Entrada. She was pleased to find that at M-A “there is not just one type of person or people living in a certain area.”

Gafni doesn’t regret going to Kehillah; rather, she thought “it was nice to take a step back from the rush of public schools.” She realizes that the private school experience was worthwhile and has changed her for the better, “I didn’t really realize how tense I was until I went to Kehillah and was like ‘oh I don’t have any homework for the next three days, I can just calm down.’” While Gafni understands that “Kehillah wasn’t necessarily right for me, it gave me some time to figure out what I really wanted.”