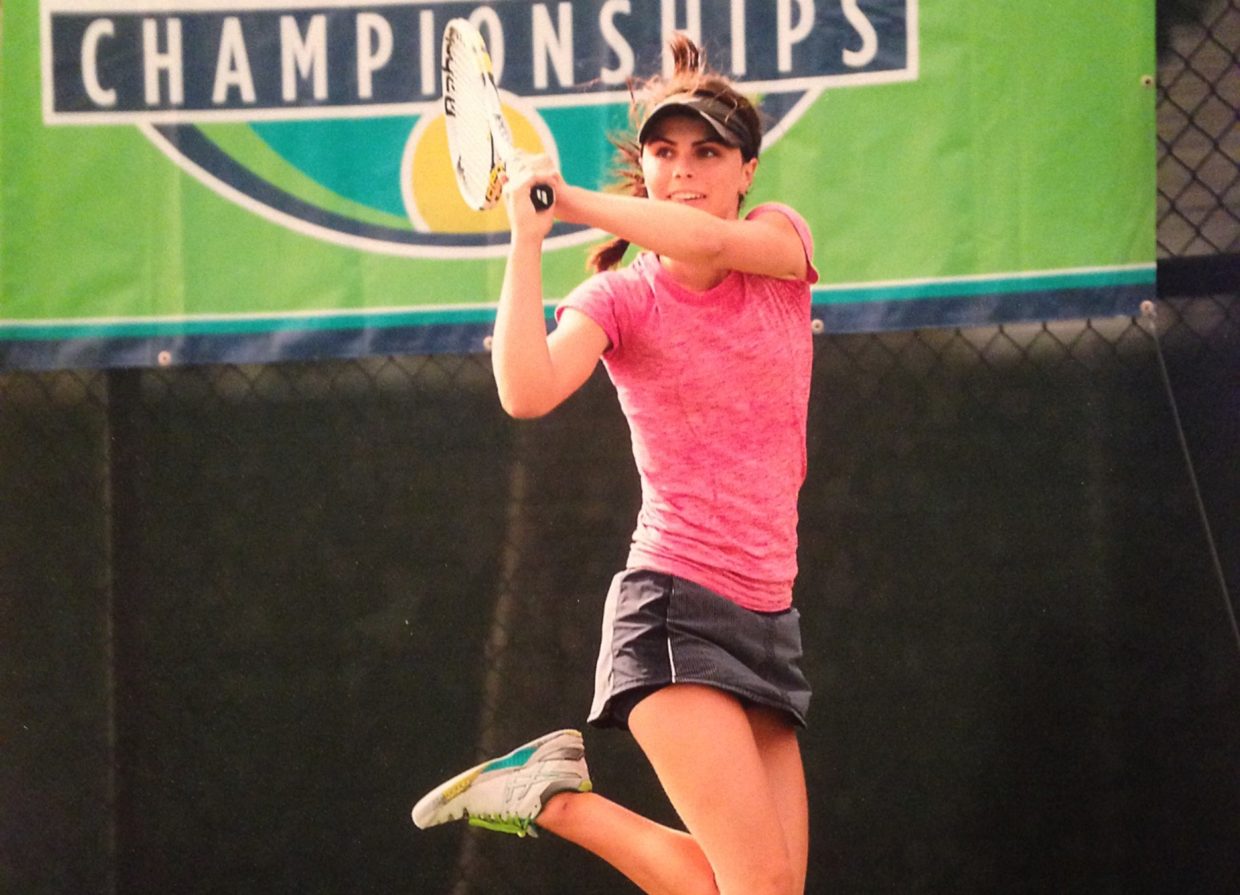 Elena (Lanie) Van Linge first touched a tennis racket at the age of three. Since that moment, she’s worked to be where she is today: the leader of the M-A girls varsity tennis team and the 15th ranked junior girl in California. 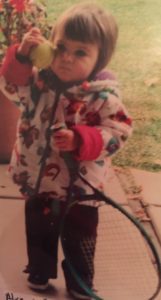 Van Linge with a tennis ball at the age of three.

Van Linge’s top-class tennis skill helped lead the girls tennis team to a 14-0 record in Pacific Athletic League (PAL) play, as well as the league championship this year. Though Van Linge is already the team’s top singles player, she has worked out a special schedule for herself that allows her to have additional training during the day.

Her school day stops after fourth period, whereupon she leaves campus and heads home. She explained, “I try to get out at lunch to get in some training, and I’ve had to take some online classes as well as a zero period.” Van Linge’s strange schedule has allowed her to stay competitive with other top girls players, some of whom are homeschooled.

When she leaves school, Van Linge goes to train with Henry Kamakana, her lifelong coach. The 74-year-old coach has worked with the family since Van Linge’s dad was a child. Kamakana, who was born and raised in Hawaii, played tennis from an early age and began coaching in Portola Valley after his professional career. His instruction has been an important factor in Van Linge’s success and has resulted in the development of multiple Junior Wimbledon players. 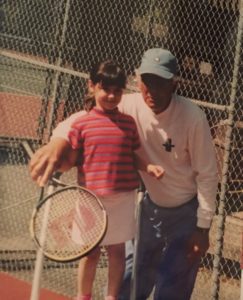 Kamakana, who worked with Van Linge’s father and three aunts, has become part of the family. Regarding her long-time trainer and family friend, Van Linge said, “He’s always been like my grandpa.”

For Van Linge, the focus hasn’t always been on tennis. She reflected, “I played soccer competitively until 13, where I had to decide between soccer and tennis.” With an opportunity to play either sport at a high level, Van Linge ultimately chose to let go of soccer, as “[she] could individually have… success in tennis.”

Soon after leaving soccer behind, she was able to experience professional training when she left the second semester of freshman year to attend Dent Tennis Academy.

Van Linge recounted, “It became where school was second to my training, and I was surrounded by similar players and tennis was the priority.” Van Linge’s time at Dent allowed her to experience something totally new, as well as get a feel for what professional tennis might be like. 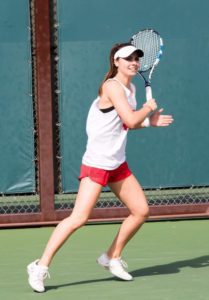 Van Linge anticipates her next shot.

When asked about her future plans for tennis, Van Linge said, “I’m planning on playing in college, and I’m not sure where I’d go after that.” Time will tell for her career, but Van Linge still has one more year left as a Bear, and will hopefully continue to see success in the rest of her time at M-A.