With his goofy demeanor and self-described “jizz-jazz” sound, Mac DeMarco has become one of the biggest names in indie music in the past couple of years. DeMarco’s music has enjoyed crossover appeal between alternative crowds, mainstream crowds, and everybody in between.

The followup to his breakout album of sorts, 2015’s “Another One,” “This Old Dog” marks a distinctly matured element to DeMarco’s discography. Now, instead of writing apology songs to his mom for putting drumsticks up certain holes of his body onstage, he is confronting the realities of adulthood and his place in the world.

The album’s sound still retains the trademark low-end production that DeMarco has used his entire career, but the record comes off much more polished than his previous efforts. Rarely is there a dissonant guitar or an out-of-tune vocal, no matter how intentional these were in his music up until this point.

“This Old Dog” also marks a more eclectic attitude for DeMarco. Known for a very straight-forward approach to production for his music, DeMarco has added more elements such as drum machines, guitar effects, and synthesizers to this effort as well as many overlay tracks. The lead single, “My Old Man,” for example, features a lo-fi synthesized beat and multiple intertwining guitar tracks. “On The Level” and “For the First Time” both feature shimmering keyboard instrumental. “A Wolf Who Wears Sheep’s Clothes” even features a harmonica lead. Even though these tracks are all unmistakably Mac DeMarco tracks, there is a distinctly different quality to the songs on the album when compared to everything else that he has released thus far in a very good way.

Additionally, while the album is more produced than DeMarco’s previous LPs, “This Old Dog” utilizes acoustic instruments much more prominently than his other works. Both lead singles have predominantly acoustic guitar, and most of the deeper cuts do as well. The bass lines are kept to root notes most of the time and the drums tend to be minimal as well. While he has always had acoustic tracks and used acoustic instruments, they have never held such a place on the album.

Overall, “This Old Dog”’s matured direction is a wonderful breath of fresh air for DeMarco’s discography and perfectly balances experimentation, musical honesty, and safe sounds. DeMarco loves his quirky music, but he knows that he cannot release the same album over and over again. Not only does this awareness allow his newer projects to be distinct from his past, but it also solidifies his older projects as distinct in their own right. The heart is still the same, and the sound is just different enough to allow “This Old Dog” to stand on its own feet. 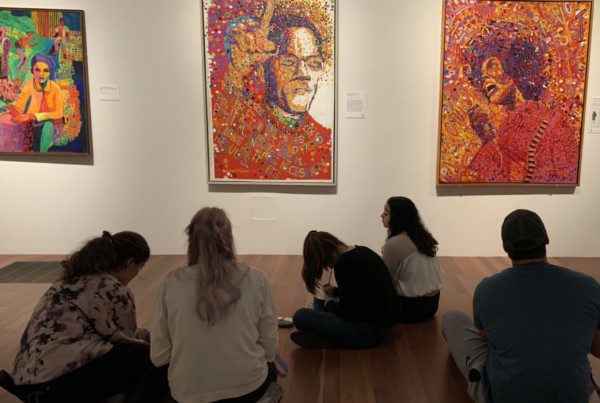