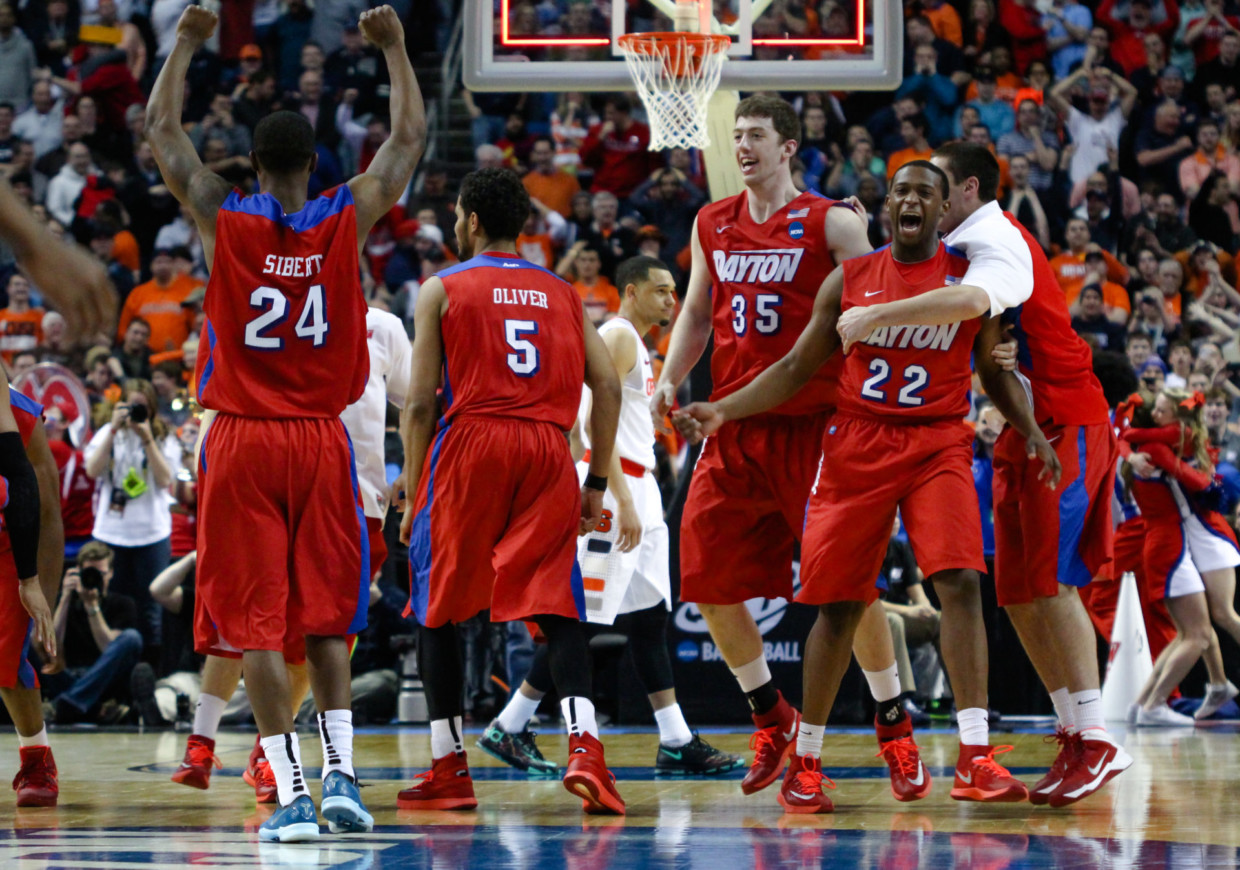 It’s that time of year again. Clocks are turning and spring is right around the corner. That means it is time for some March Madness. 68 college basketball teams will be competing in a tournament to decide who will come out as the national champion.

The best part about this is that we, the public, get to try and predict the results. Although some students don’t understand why so many go crazy over a basketball tournament, many see this as the best sporting event of the year.

“It is just such an inclusive atmosphere. March Madness is the most engaging event for us in all of sports. I try and watch as much as possible during school if I’m allowed.”

This is a problem; especially during the first round, when 32 games are being played over the course of a few days. It is extremely difficult to keep up with all of the upsets.

How could a team who was projected to win the championship lose to a team that few have even heard of in the first round? Teams such as Florida Gulf Coast, Norfolk State, Northern Iowa and Butler have some made some incredible memories as they have shocked the world, and probably even themselves. 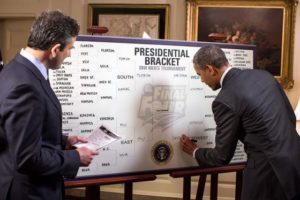 President Obama fills out a bracket of his own in 2014.

The hope to witness Cinderella stories is what makes March Madness one of the craziest sporting events of the year.

Even though the tournament has not yet begun, students already have a sense of who they think will win. Senior Maxwell Heller was quick to state that the Kansas Jayhawks were going to win it all.

Students organize groups in which they can try and beat each other to see who has the most accurate bracket. In some groups, the amount of money can even exceed $1000.

Sophomore Lucas Olson, who has been making brackets for years, is pumped when March rolls around every year.

“It is awesome to see all of the upsets. Anything can happen. I love seeing the underdogs beat all of the top seeds and have all of your friends join in on making brackets.”

This event brings together students from all backgrounds and can make one feel as if they are on top of the world. With a perfect bracket, which is next to impossible, there is a chance you can win millions of dollars when you enter in certain competitions.

This is different. The United States, which has had a rough last year or so, has a chance to come together and cheer on colleges that hardly anyone has heard of. Teams are trying to create a Cinderella story of their own. This one sporting event doesn’t divide us, instead it brings us together.

Nothing in the world comes close to March Madness in this aspect. There is simply nothing else like it. 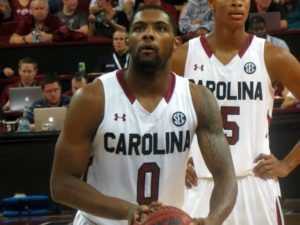 Sindarius Thornwell will try to lead South Carolina to their first title in school history.

Kansas: With 12 straight Big 12 Championships, you have to think that Bill Self will get another national championship after receiving his last with the Jayhawks in 2008. Led by Frank Mason III, a candidate for the Wooden Award, the Jayhawks have all of the tools needed in order to take home the trophy. With the help of future lottery pick Josh Jackson and the backcourt of Mason and Devonte Graham, many brackets will be ruined if the Jayhawks do not reach the Final Four.

Villanova: These Wildcats are coming off of one of the greatest national championship wins in NCAA History from last year when Kris Jenkins hit a buzzer-beater three to knock off the North Carolina Tar Heels. Even with loss of their star point guard Ryan Arcidiagono, Villanova brings back key pieces from their title run just a year ago. Wooden Award Candidate Josh Hart and point guard Jalen Brunson will lead the Wildcats to their second straight Final Four.

North Carolina: The Tar Heels bring back most of their star contributers from last season’s second place finish. Joel Berry III and Justin Jackson will help North Carolina from behind the arc. With Kennedy Meeks and Isaiah Hicks in the frontcourt and with the addition of Tony Bradley, the Tar Heels are looking good again. Coach Roy Williams has been in this position many times before so don’t be surprised if the Tar Heels add another title to their already long and impressive resume.

Gonzaga: The Zags have always been good under head coach Mark Few and this year is no different. The Zags are led by 7-foot center Przemek Karnowski who is untouchable in the post. Guard Nigel Williams-Goss, who is one of several transfers on the Bulldogs, has helped produce one of the dangerous shooting backcourts in the country along with three-point specialist Josh Perkins. Watch out for these Bulldogs to make a big charge into the Final Four in their 19th straight appearance to the Big Dance.

Dark horse-South Carolina: SEC Player of the Year Sindarius Thornwell will help lead these Gamecocks to a surprising run in the tournament. He joins 3-point specialist Duane Notice and 6’6 sophomore point guard P.J. Dozier will help with the South Carolina’s offensive scoring. The Gamecocks are also aided by a 2nd ranked 3-point defense as their defense can hang with anyone in the country. The key to the Gamecocks success is keeping sophomore center Chris Silva out of foul trouble. With Silva on the court consistently, watch out for these Gamecocks to turn a few heads in their first trip to the NCAA Tournament since 2004.