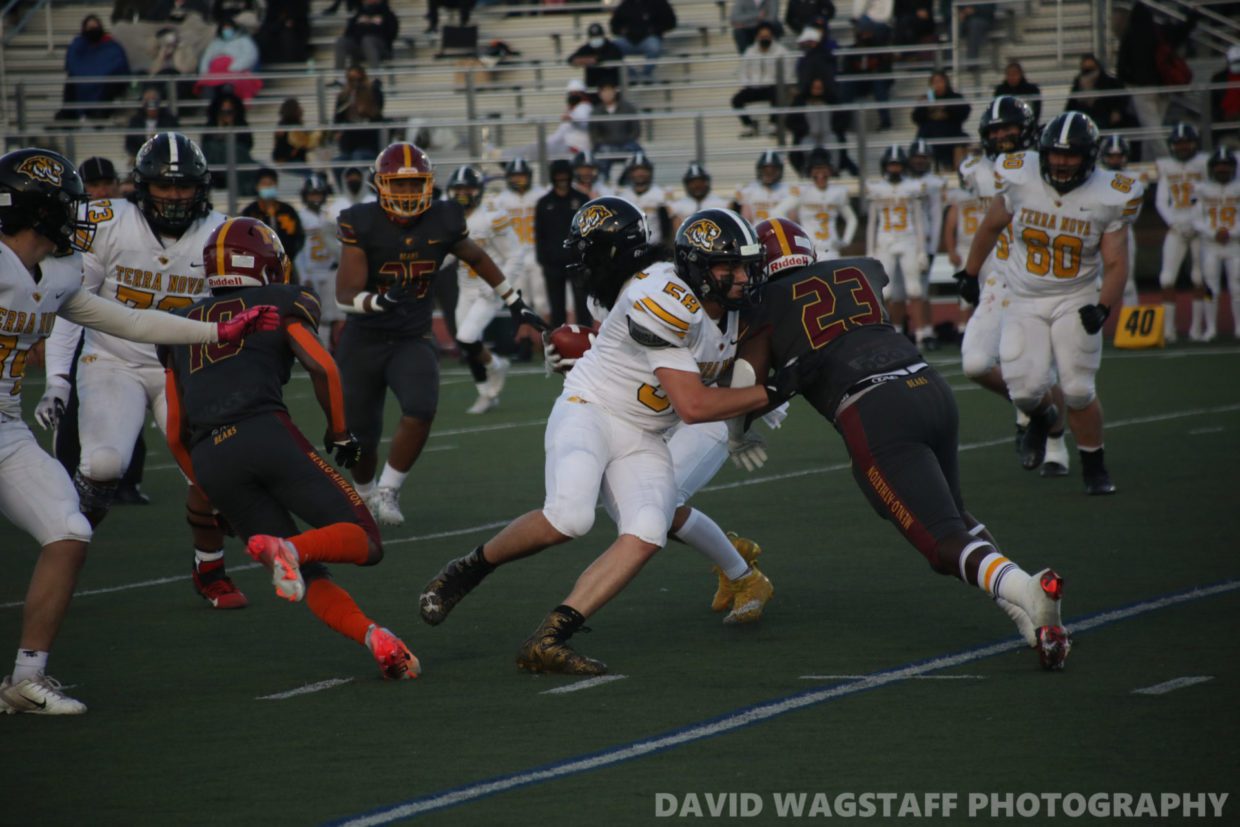 While this year has been full of changes, Friday night’s senior night provided the M-A community with the comfort of tradition and exceeded the crowd’s expectations. 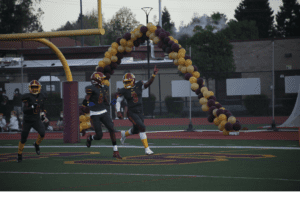 Bears on the field next to senior night decorations.

At 6:00 pm, the seniors got the full experience. The balloon arc, posters, and cheering family and friends. They held a ceremony that was as similar as possible to those of the past. While this season has been full of setbacks, the players were grateful to have gotten the much-deserved celebration that they’ve been waiting for since they started playing for M-A. Senior Skyler Thomas stated that “even though we are still in a pandemic and there are limited fans, everyone brought energy. The atmosphere was great.”

However, the excitement didn’t stop there. Although Terra Nova started with the ball in their possession, M-A was quick to steal, as junior quarterback Matt MacLeod handed the ball off to junior Jalen Moss, scoring the first touchdown of the game. A moment that wowed the audience was when senior Raymond Price transported the ball 65 yards, all the way to another Bear touchdown. Thomas added that “even on a busted play, we went 60 yards and scored.” At the end of the first quarter, M-A was leading strongly 29-0. 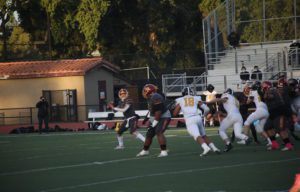 Moving into the second quarter, the Bears had a strong 29 point lead. Senior Jayden Stanley started off the quarter with a touchdown that left the score at 36-0. This was closely followed by an interception by junior Jeremiah Earby, which quickly turned into a touchdown after he dodged multiple Terra Nova players down the field. By the time the first half was over, the Bears were leading 50-0, and the crowd was ecstatic.

During the second half of the game, the Bears continued to play strong defense, and only let the Tigers make one successful touchdown. The Tigers made a second attempt during the fourth quarter, but the pass was swiftly intercepted by junior Johnnie Barbie. The final score, 50-7, with M-A beating Terra Nova by a whole 43 points, showed just how important this game was to the players. Thomas described it as “the perfect senior night.”  To celebrate their win, the Bears ran down the bleachers giving their family and friends high fives just like old times. 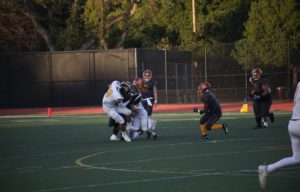 Terra Nova attacks an M-A player in an attempt to steal the ball.

Overall, the game brought much excitement to the fans and players. Even without the usual stands packed full of students, the players were able to recreate that same liveliness they’ve always been so used to. Senior Amarion McCoy expressed his feelings about senior night, when he said, “I’m sad because that was my second to last time playing with my guys. I’m going to miss them.”