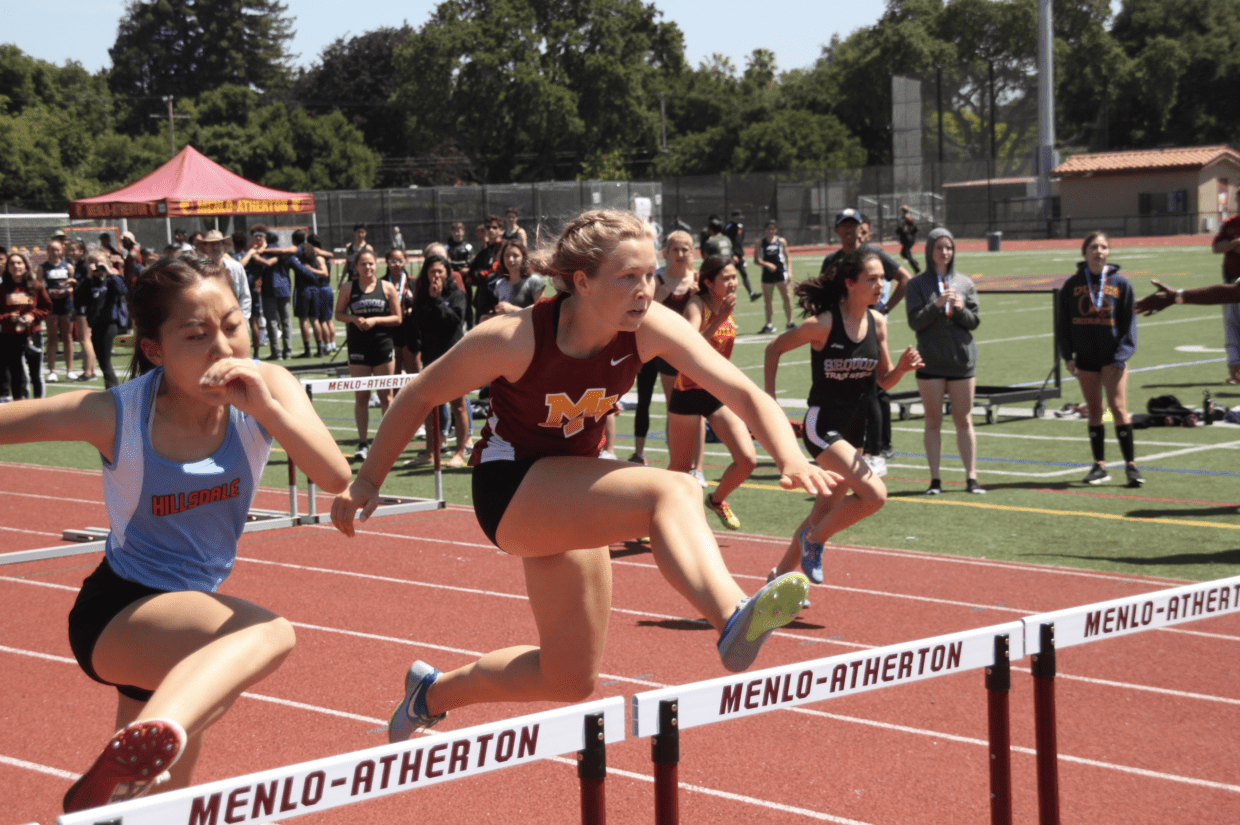 In scorching heat, with the chance to move onto the CCS trials, the M-A Track Team had a strong outing in the PAL Finals on Saturday, May 4. The girls beat out other schools by 44 points, and the boys by 19 points, resulting in M-A winning the 2019 PAL Track and Field Championship and sending 23 athletes to the CCS Trials next weekend. 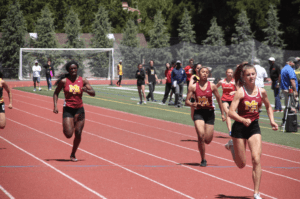 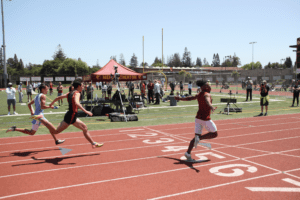 Francisco Sanchez celebrates as he climbs across the finish line

Senior Cole Mediratta shredded the competition in the 1600 meter and 3200 meter events. Mediratta outpaced everyone else with ease in both competitions, paving the way for him to earn first place in both events. When asked about how it felt to take home first place in two events, Mediratta said it felt “pretty good because it has been a long time coming (He had won this event before). But not in a race that I cared about.” 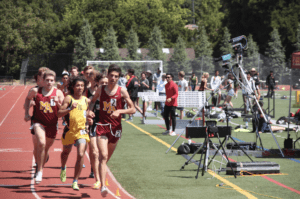 Junior Ethan Mimeles further added to the Bears’ awards, joining Mediratta on the podium after placing third in the 3200 meter event.

Continuing with long distance running, the Bears 4×100 relay team for both girls and boys placed on the podium. An M-A team of Eagle, Hardy, Sophomore Malia Latu, and Senior Lauren Collinsworth narrowly beat out Terra Nova for first place by a margin of 1.47 seconds.

The boys team of Sanchez, Junior Trayvon Duncan, Senior Deston Hawkins, and Senior Jacob Chavez barely lost in a heartbreaking defeat by Carlmont. Their race came down to the very last couple steps before the finish line, but Carlmont slightly edged out the Bears.

The Bears had mild success in the field events, with Senior Noa Ngalu winning second place in boys shot put. 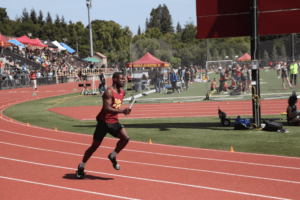 Trayvon Duncan looks to hand off the baton

The Bears will compete in CCS Trials next Saturday, May 11, at Gilroy High School.