Five months ago, Hurricane Harvey seriously affected the city of Houston, Texas and especially the community in Northeast Houston. Approximately 200 children out of North Forest High Schools’ 1000 students had to be moved to shelters. The high school’s campus had about a foot and a half of standing water in most areas and up to three feet in other areas. A lot of school supplies, furniture, the flooring, the walls, and the infrastructure were ruined due to the water sitting on the campus for three to four days.

North Forest High School Principal Darryl Henson said, “What we have been able to do as a school district is to fix the structural issues with the campus and luckily we have been able to move to a brand new building this month, however, a lot of school supplies and materials are being replaced slowly. We lost 700 books from our library.”

M-A’s Z Bekemeyer, a junior, was inspired to take action and aid victims of Hurricane Harvey with a book drive. “I love reading so I thought it would be great if I could incorporate my passion and help out someone else in the process,” she said.

A total of 1,406 books were collected and arrived in Texas on January 18. 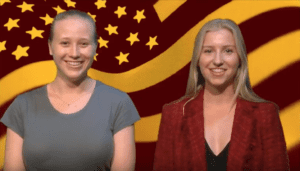 To get her idea off the ground, Z looked up a list of the 26 high schools in the Houston districts. She broke down the long process by emailing five schools a day, asking if they would like any books. On around the 16th school down her mailing list, Z recounted how her hopes were quite low. “I thought I might as well give it a shot and they emailed back within around five minutes and I screamed, I was like ‘Yes!’ I called my mom to tell her ‘We have one!’” she said.

Z had not heard from a lot of schools — some had responded respectfully declining — but North Forest High School had emailed back saying they could benefit from a book drive.
Z shared how at first she had been doubtful, wondering who would believe in her as she was only a junior in high school. “It showed me the good in people and how they were willing to take a risk and trust in me,” she said.

Once Z got her idea off the ground and had a school with the principal on board, she began her process of marketing and reaching out for help from others. She got in contact with local Kepler’s Book Store, and they agreed to help with shipping the books to Houston. She then started asking her friends for help and got in contact with M-A Today to inform and encourage fellow students to donate books.

On top of collecting books on campus, Z and her friends went around neighborhoods to collect books. Z said, “It was just heartwarming to see people come together and trust the idea, and it all started with one idea, one person.” 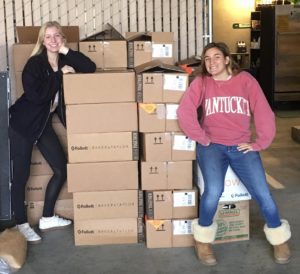 On reflecting on her experience of running a book drive, Z shared, “I feel that this drive gave me the confirmation that you can set your mind to anything. I had an idea, I set my mind to it and it happened. I had never done anything like this before so this was a whole new world for me. I have had ideas in the past but never had the confidence and so it gave me validation that you can really do anything.”

Her advice to any other students interested in taking initiative on issues they’re passionate about is to “roll with your ideas and feel confident. If you have an idea that you think could really help someone or change the world, then do it because it’s in your power, you can do it. Roll with the doubt, roll with the confidence, and power through.”

Erica Miner is a senior, this will be her second year on staff and first year as the media specialist. She enjoys photography and film and focuses on multimedia production. For her last year of high school, she hopes to contribute unique and meaningful content.