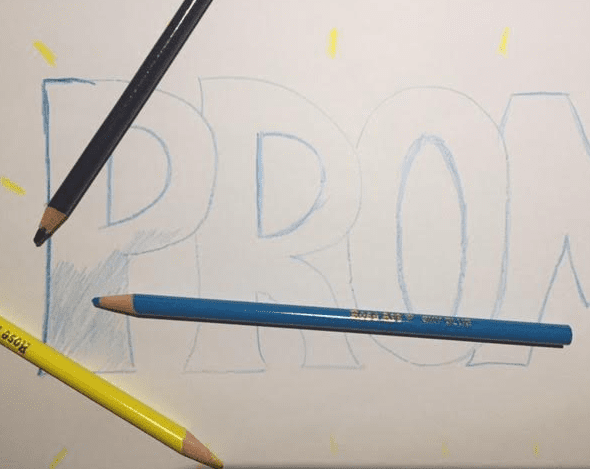 As M-A students head into April with the last of their college decisions in hand, upperclassmen from all walks of life are united by a common fear: how to “prompose” to their (hopefully) date-to-be in the most magnificent and memorable demonstration of passion to ever grace the halls of M-A. One senior, Brian Kaczynski, noted that while he was initially planning on asking junior Gwendolyn Johnson, “just casually, after third period ends” he now realizes that he has to go above and beyond such simple tactics. He hopes to “really knock her, and everyone else’s, socks off” while subtly pressuring her into saying yes in fear of facing negative judgment from a crowd of ruthless teenagers.

Although Kaczynski already decided to draw $300 from his savings account to fund the promposal despite his parents being two months behind on their rent, he faces another dilemma.

“Gwendolyn? What the hell am I supposed to do with that?” He complained, “The best pun I came up with after hours of thinking is ‘May I Gwendo-win your acquaintance to prom?’ The only thing that line would get me is a face full of pepper spray — these are gonna be a brutal few weeks. I had to take late-credit on my Economics project for this!”

When interviewed, Johnson voiced her own concerns: “I don’t know why Brian hasn’t asked me yet … I’ve been expecting it for nearly a week. I mean, how hard is it to just shoot me a text message or ask me after class? Maybe he doesn’t want to go with me after all.”

Kaczynski’s parents have been worried about the extremely neurotic behavior their son has exhibited over the last handful of days.

His father explained with concern in his voice, “He barely leaves his room anymore, and when he does come out to eat he’s always mumbling under his breath about puns and the merits of different methods of transporting large poster boards.”

He added, “I’ve noticed him going to Michael’s to get arts and crafts supplies every day, and you can barely see the floor of his room through the rainbow of pencil shavings and crumpled up, shredded old poster paper.”

Kaczynski’s mother fares no better, fearing that her son is exhibiting gateway schizophrenic tendencies or worse, and worries that her investment into her son’s future could be in vain if his grades start to slip, saying, “we’ve spent a lot of money we don’t have on his college applications and the last thing we need on our hands is a rescission.” 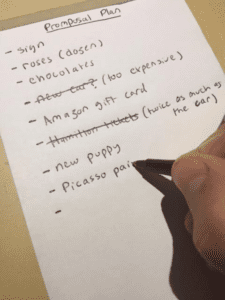 Update: As of earlier today, Kaczynski asked Johnson to prom in a pitiful demonstration on the green at lunch surrounded by a measly ‘crowd’ of two or three dozen students, during which he presented her with nothing but a sign, a bouquet of a dozen roses, a box of chocolates, a new puppy, a fifty dollar Amazon gift card, and, of course, a couple’s prom ticket. Kaczynski himself was reportedly last seen curled up in the fetal position on the floor of the E-wing bathroom, murmuring through tears about his disastrous attempt at a memorable promposal, regretfully noting that he “should have taken the time to put glitter on the capital letters and forked over a bit extra on Hamilton tickets, or else why ask at all.” Johnson, however, joyously claimed to just be “happy that he finally asked.”