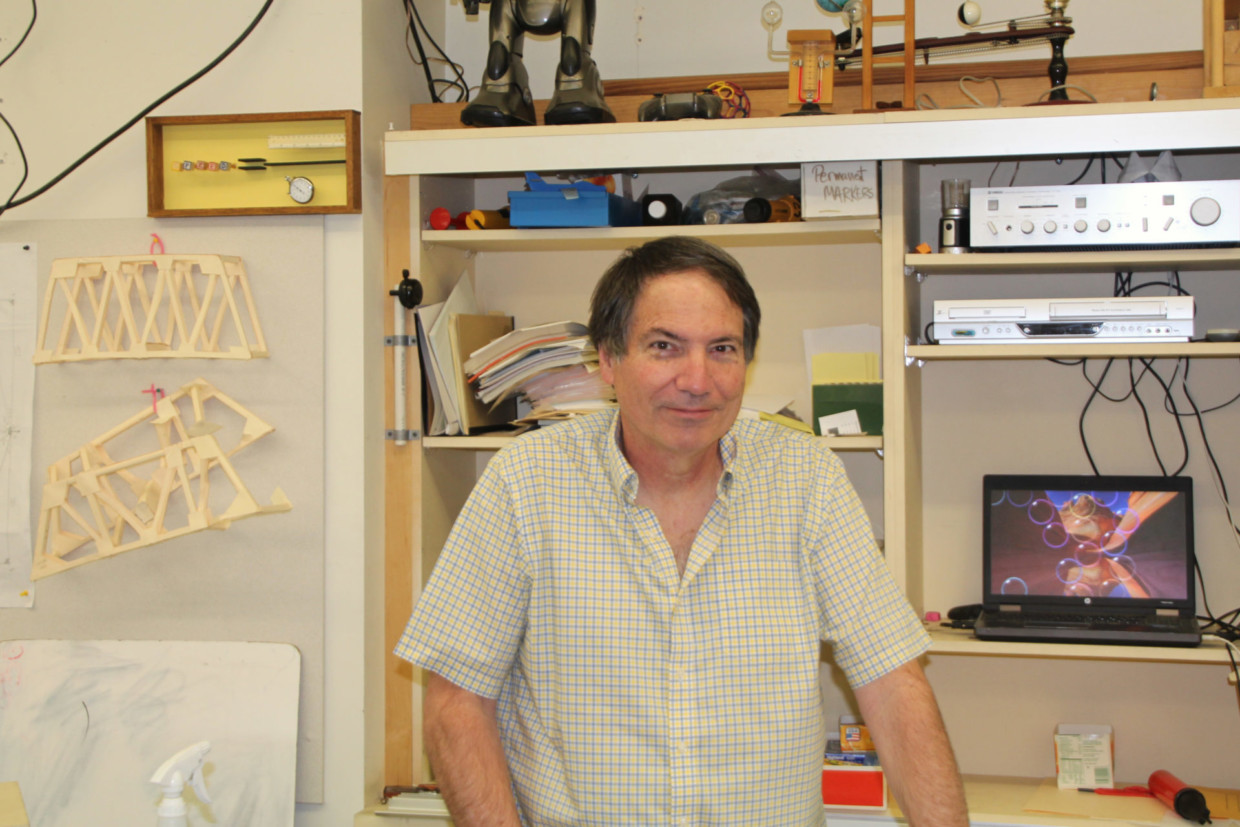 After 14 years at M-A, AS and AP Physics teacher and Science Department Chair Jeff DeCurtins will be retiring at the end of the 2016-2017 school year.

DeCurtins’ first experience teaching students was when he was in graduate school and worked as a teaching assistant (TA) for an Engineering Physics course. He taught a few lab groups of around 15 students, originally in order to help pay his tuition. However, he quickly found that he truly enjoyed teaching.

“Just like [at M-A], I liked finding different ways to explain things about the universe to kids, things that they might not have expected. You can map math onto the physical universe; to me, that seems really incredible, to be able to do that. There’s a joy that just comes from sharing that.” 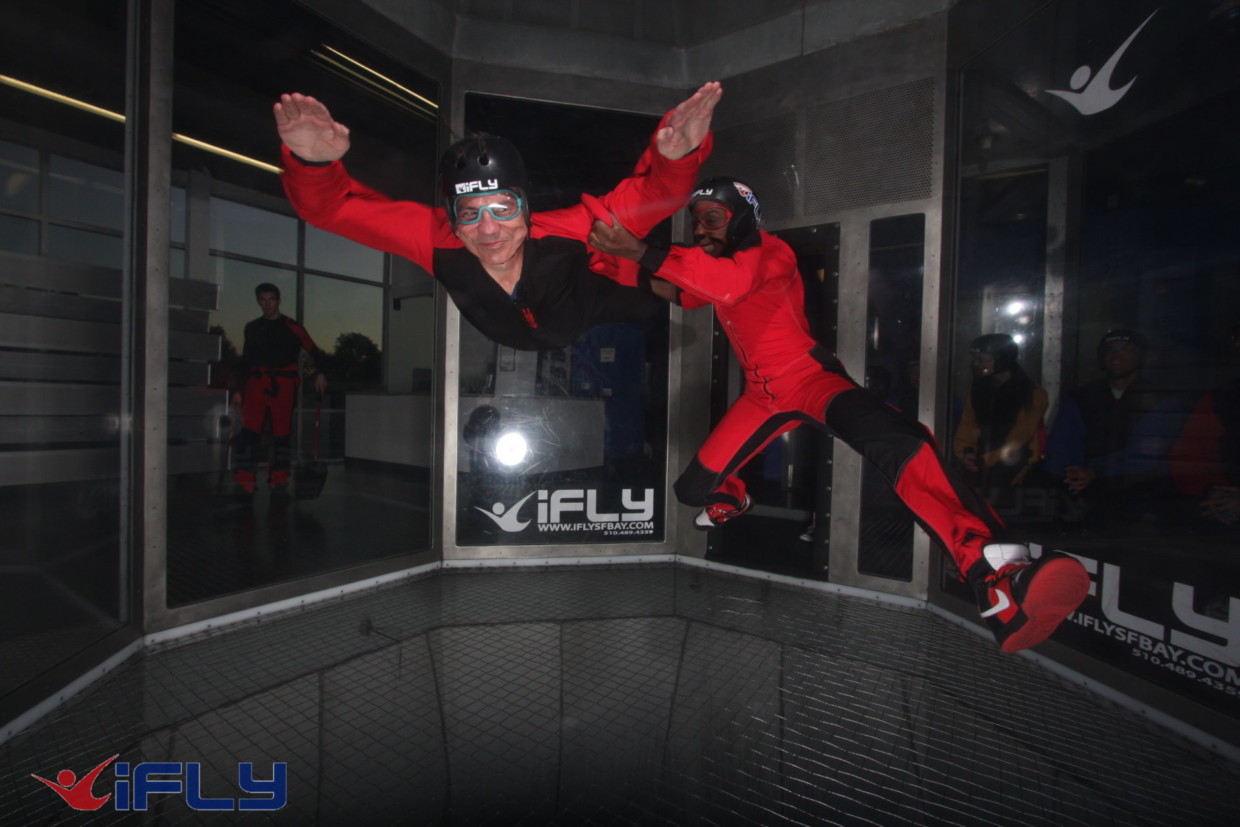 After graduate school, DeCurtins was a researcher at the SRI International across from M-A. Surprisingly, he knew it was time to leave his job because of a movie: Raiders of the Lost Ark. Chronicling Indiana Jones’ government-directed quest to find the legendary Ark of the Covenant, the movie ends with a custodian putting the Ark in a warehouse filled with endless boxes.

“How does this relate to teaching? The work that I was doing at SRI was mostly busywork funded by the government … It felt like what we were doing was not worth anything; it was just going into a warehouse. It was just like that movie, so I decided I had to get out of there and do something useful.”

Remembering how much he enjoyed being a TA, DeCurtins often jokes that he simply walked across the street and found a teaching position. In reality, he initially wanted to teach middle schoolers.

“I was raised Catholic, and I used to teach Sunday schools on the weekends to seventh graders. Somehow, it stuck in my mind that the peak of curiosity, the sense of wonder, was in seventh grade.”

Looking back, DeCurtins is glad he ended up teaching high schoolers. A long-standing project in DeCurtins’ classes involves students taking pictures of physics phenomena that evoke their “Sense of Wonder,” and he has found that high school students have plenty to be curious about.

“To me, high school is the prime time. I think in teaching, the focus gets more about the subject and less about the student as time goes on. High school seems like the perfect combination of a lot of subject matter — we get into a lot of deep stuff — but a lot of student issues as well.” 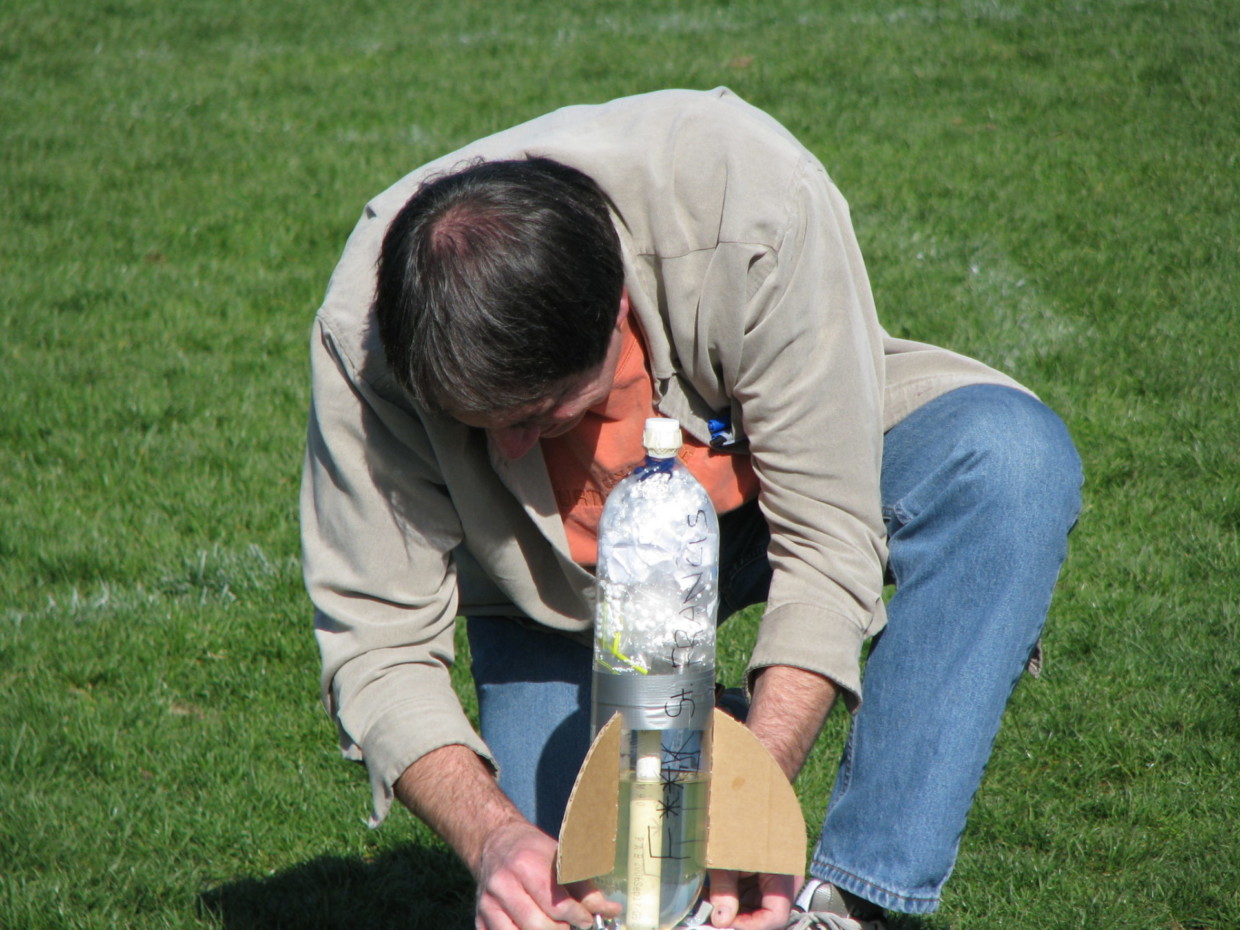 Because of the complex subject matter that DeCurtins’ classes cover, one of his favorite parts of teaching is helping students understand difficult concepts.

“It’s really great to watch students have an ‘aha’ moment, where they understand something profound, like conservation of energy or momentum, or being able to solve hard problems and then feeling good about it.”

DeCurtins has always believed students should learn through hands-on experience but explained that he struggled with applying his ideas to the classroom when he first started teaching. Eventually, he found the [physics] Modeling program at Arizona State through a teaching conference and has used its methods ever since.

“My thought has always been that students should learn physics by doing experiments and figuring it out for themselves … That’s what class is. I don’t tell you, ‘Here’s how to balance things,’ I say, ‘Go find out for yourselves.’” The idea that students should directly see physics in action, coupled with the need for productive class time after the AP test, was what inspired the now-famous boat races. Every year, students gather to watch AP Physics students attempt to row cardboard boats across the swimming pool. The tradition is well-loved by M-A students and is a testament to DeCurtins’ impact on our community and his ability to instill a “sense of wonder” in his students.

“Now, I walk through parking lots where there’s recycling bins, and if I see a big piece of cardboard, I go ‘oh, this would be good.’”

Although he will miss teaching, DeCurtins is ready to retire after 14 years. His main
reason for retirement is to have time to travel with his wife, who retired last December. The first trip they have planned is to Oregon, to see the total solar eclipse on August 21. “I figured out that of all the places it’s gonna go in the United States, the best shot for no clouds in the sky is just north of Bend, Oregon, so that’s where we’re going. I’ve known about this for like ten years.”

The following trip DeCurtins and his wife have planned is a river cruise up the Danube in Europe.

Outside of traveling, DeCurtins is looking forward to spending time on his hobbies that have been neglected since he started teaching.

However, DeCurtins will truly miss interacting with students.

“One time, I got an email from a mom who said her son had been up late and couldn’t work out a WebAssign, so he emailed me at 1:30 in the morning asking for help. She said he said to her, ‘Watch this,’ and one minute later the response came from me, in the middle of the night. It was ridiculous, but it’s fun. I only have 50 minutes a day with each class, so it expands the time that I get to work with students. I’m going to miss that.”

DeCurtins is well-known for his intriguing anecdotes, often told in class while introducing a new physics concept or reminiscing on past experiences. Listen to some of his best stories:

“They found the lawyer in the closet with the two-by-four; it sounded like the solution to a Clue game.”

“The girl comes over and takes our order, her teeth … were like a picket fence that had been hit by a car.”

“I remember, distinctly, having an immediate reaction that she died without telling me.”