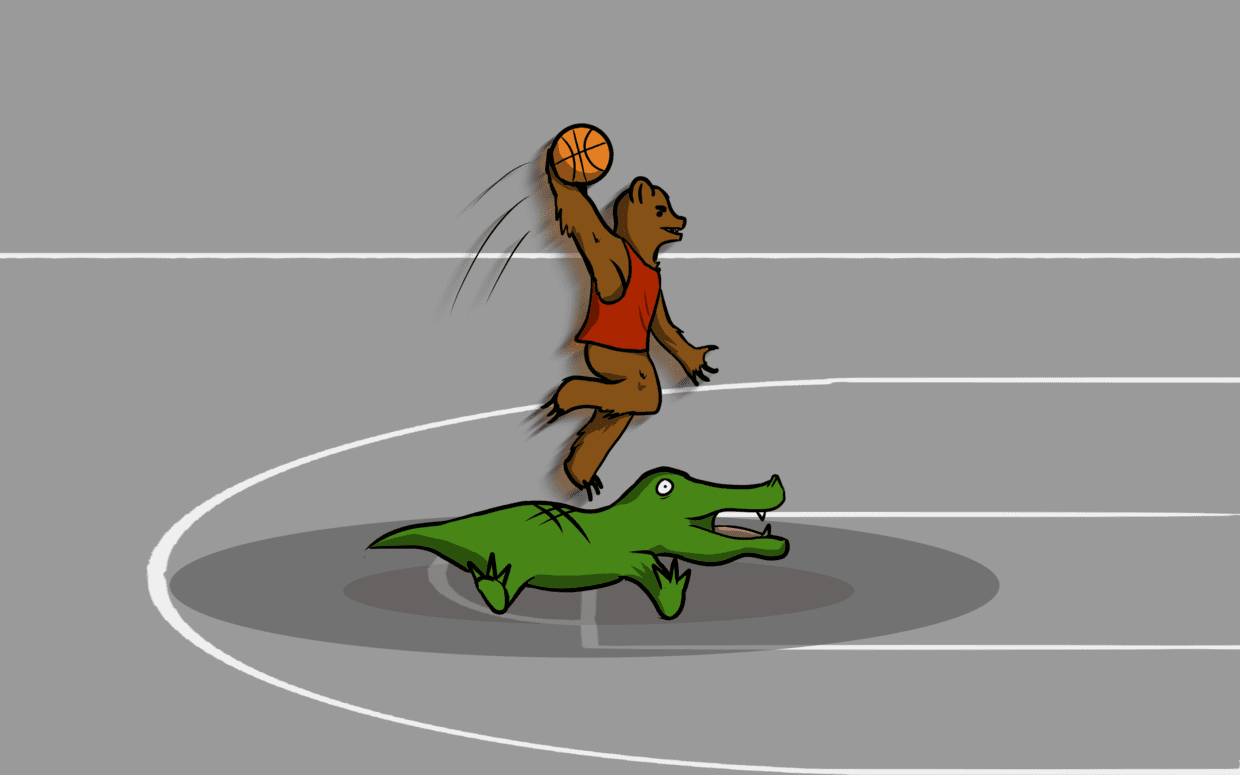 On Monday night, the JV boys basketball team took on the Sacred Heart Prep Gators in an absolute thriller of a game. The cross-town rivals made for a highly anticipated game the second the schedule was released.

The Gators got off to a hot start in the second half breaking down M-A’s defense. These mistakes on defense and offense led to the Gators taking an early 23-20 lead. Followed by three  three-pointers which put Sacred Heart back into the game. For the rest of the game, the two teams were locked up until the very end. Blocks from Freshman Evan Wrenn along with solid shots from offensive player Freshman Trevor Cadigan made a thrilling end to the game. Through the first three games Wrenn and Cadigan both played big roles as Freshman on JV.

In the fourth quarter, the two teams traded baskets for almost the whole time.

Finally, with one second left on the clock, the Bears missed a three- pointer and the game was sent to overtime with a score 32-32. The teams alternated possession  continuing into overtime. Fortunately, the Bears had a chance to end the game with an inbounds pass in the Gators half with seven seconds left. Baron inbounded to Anderson who got the ball to Sophomore point guard Jonah Missan with five seconds to make a play. He swiftly drove into the paint, splitting two defenders to hit an off-balance layup.  With just one second left, the Bears took the lead.

As David Baron deflected their inbound pass, and retrieved the ball, he watched the final second tick off the clock. Missan later said, “Coach set up a great play for me to succeed and to see the ball go through the net against a rival was an incredible feeling.” Cadigan also added that he was, “exhausted from running up and down the court, but super happy to contribute to the team and get the win.” The Bears look to keep their god performances going as they head to Arizona at the end of December.