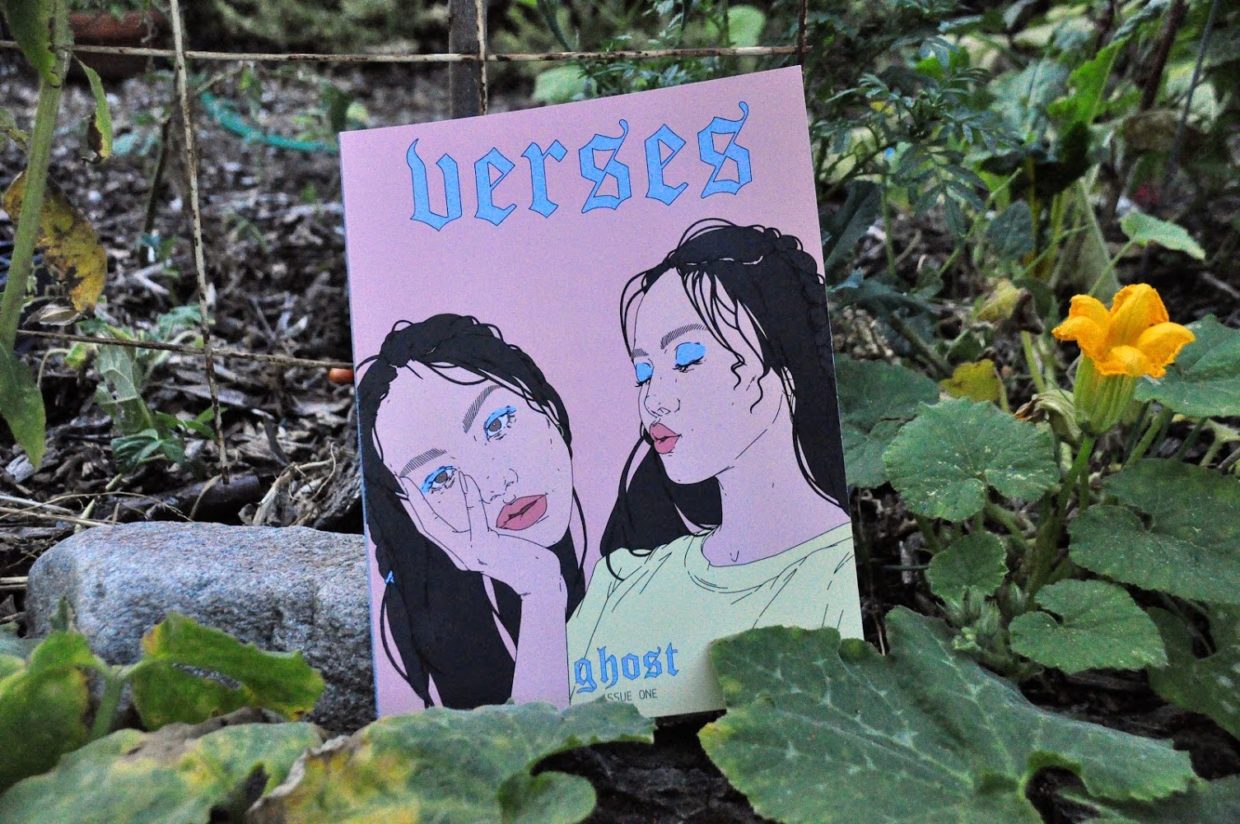 Trail’s interpretation of the theme is seen in one of the pieces she wrote titled ‘Alienation.’ Trail said that “I think the piece that was most meaningful was this one called Alienation. It’s about the process of feeling alienated from a creative path because you feel so influenced by other people’s work. It is something I feel has played a big role in my life, always feeling like my work is never really genuine because I’m always so influenced by other people. It was putting that struggle into words that meant a lot to me.”

This first issue of Verses has reached internationally, receiving several submissions from various artists overseas. “I got a lot from Australia, some from Canada, and the UK too.” Trail said. “It was really cool, seeing such international submissions.” Trail also mentioned that she has gotten orders from just as many countries. “I’ve been shipping [the magazines] out of the guest bedroom in my house.There’s a whole setup of boxes, stickers, and pins. And while the shipping is insanely expensive, I really wanted to make it available internationally.”

She revealed that the name of her magazine was a tribute to her younger self, saying that “when I was younger, I thought of this name, Soul Verses. The magazine name is kind of —strangely enough— a little tribute to my younger self who first wanted to make a magazine. I guess my thought was, ‘if I’m gonna have a magazine then I’m going to call it Soul Verses’ but I decided to tone down the cliche, [and simplify it to Verses].”

Trail remarked that although she had wanted to publish a magazine since fourth grade, she had never thought it would be an achievable dream. “I always saw the idea as something unattainable, something I couldn’t really do,” Trail reflected. “I just thought I’d make little handmade things throughout my life. But this past December I found out about this company called Blurb where you could self-publish a magazine. It was making that shift between, ‘that’s just a big goal and idealistic’ and becoming, ‘maybe this could actually happen.’” 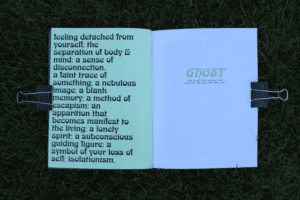 The first issue of Verses, Ghost.

Kari explained that the inspiration for ‘Ghost’ happened on a family vacation, saying that “I had been trying for so long to think of a theme that I liked, felt universal, but was also something creatively applicable. I just liked the word ghost, and thought it would be a fun idea for a magazine. So I started brainstorming.”

Ghost is one of many future issues Trail hopes to produce, and she’s already accepting submissions on Verses Issue II, ‘Piece of Cake,’ that explores the question of “What layers make up who you are?” and “What’s the cherry on top?” Trail is working alone on this second issue, but mentions that eventually she will look into getting help with her magazine as ‘Ghost’ was entirely self-published.

“I actually kept it from my parents and my family because I wanted it to be a surprise” remarks Trail, “I don’t even know why, I just thought it would be kind of funny if I surprised them with a magazine. So I did the whole thing myself —which was stupid in some ways—, but I just thought ‘that’d be crazy.’ And it was a really good feeling when I said, ‘close your eyes’ to my family. And then they were like ‘What on earth? What is this?’”

“I was struck by the subject matter,” revealed Mark Trail, Kari’s father. “This was not just a magazine about art, poetry or entertainment, it was a venue for expression about emotional disconnection. By creating this magazine Kari found a way to articulate, create and communicate on a subject that she and many others experience.”

Eliza Jasper, the artist who drew the back cover illustration for ‘Ghost’, expresses how “from the second I opened issue one of Verses magazine, I was blown away by the creativity of the content within this magazine. It’s a really special feeling to be part of a magazine filled with inspiring words and imagery from so many like-minded individuals. After exploring what makes me feel detached, I felt more in touch with myself.”

Trail said that she is so grateful for the positive reception of Verses. Trail stated that “the response has been really good. I think people have liked it and responded to it. And some people have said ‘wow, I really get what you’re trying to do.’ And that means a lot to me.”

She is also extremely grateful for the people who submitted their work for her to publish. Trail said that “I really loved receiving submissions from people and just reading them over. Everyone was so kind and they’re so talented.”

“I had never thought it’d be possible to publish a magazine it was just some huge goal for the future,” Trail concluded. “I think finding resources and really looking for things that are attainable in your life and then applying that to the dream is a really crucial step to making it come true. That’s how it happened for me; it was such a big ambitious goal that I didn’t think would happen but I think just looking for the resources really helped make it happen.”

For more information go to the Verses Instagram @versesmag.