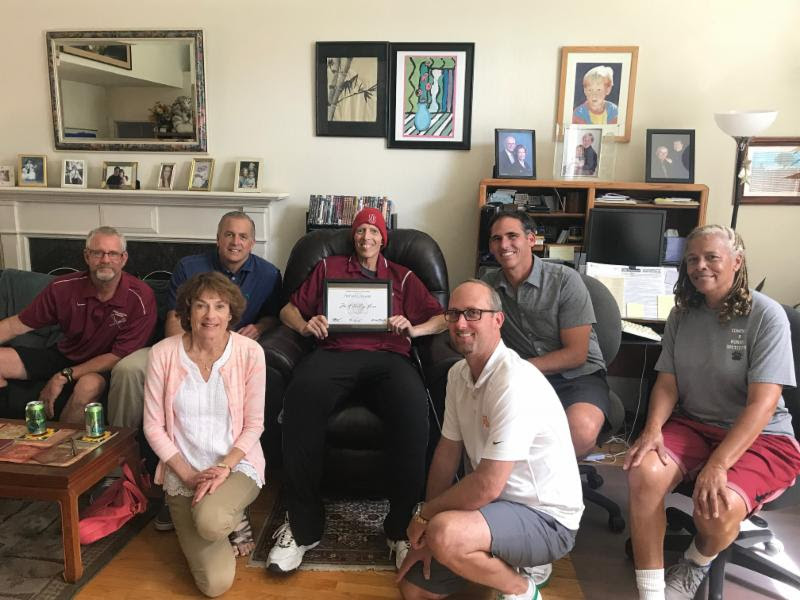 On July 17, Rick Longyear passed away from cancer at age 57. A longtime biology teacher at M-A, Longyear has also been a prominent figure in the PAL sports scene. He is survived by his wife, Sally, and his son, CJ.

Teaching mostly freshman during his 36-year career, Longyear greeted the ninth graders with enthusiasm. “Being one of the faces I saw that first day of high school, he left a strong impression on me — I could almost instantly tell that he genuinely loved his teaching and his students,” says Emma Dougherty, junior, recalling her introduction to biology class. Throughout the year students were introduced to a variety of experiments carefully honed and perfected by Longyear. A new ‘sewer science’ unit, involving artificial wastewater and the innovation of a treatment plan, was Longyear’s idea.

Longyear played water polo for Stanford University and followed his passion for water sports throughout his life, working the home swim meets at M-A and coaching the girls’ water polo team up through 2006. Longyear loved non-water sports, too; any student athlete would find themselves questioned during class, cheered on, and encouraged throughout their high school career. Longyear told his students about how he went to all of the Stanford football away games with his father, and avidly followed Stanford athletics. Students recall how Longyear kept a small stuffed animal atop his whiteboard, fondly named the Dodgers Bear, whenever the season began. Says junior Ethan Wee, “[Longyear] never failed to captivate the class with his witty character and daily summary of sports.” 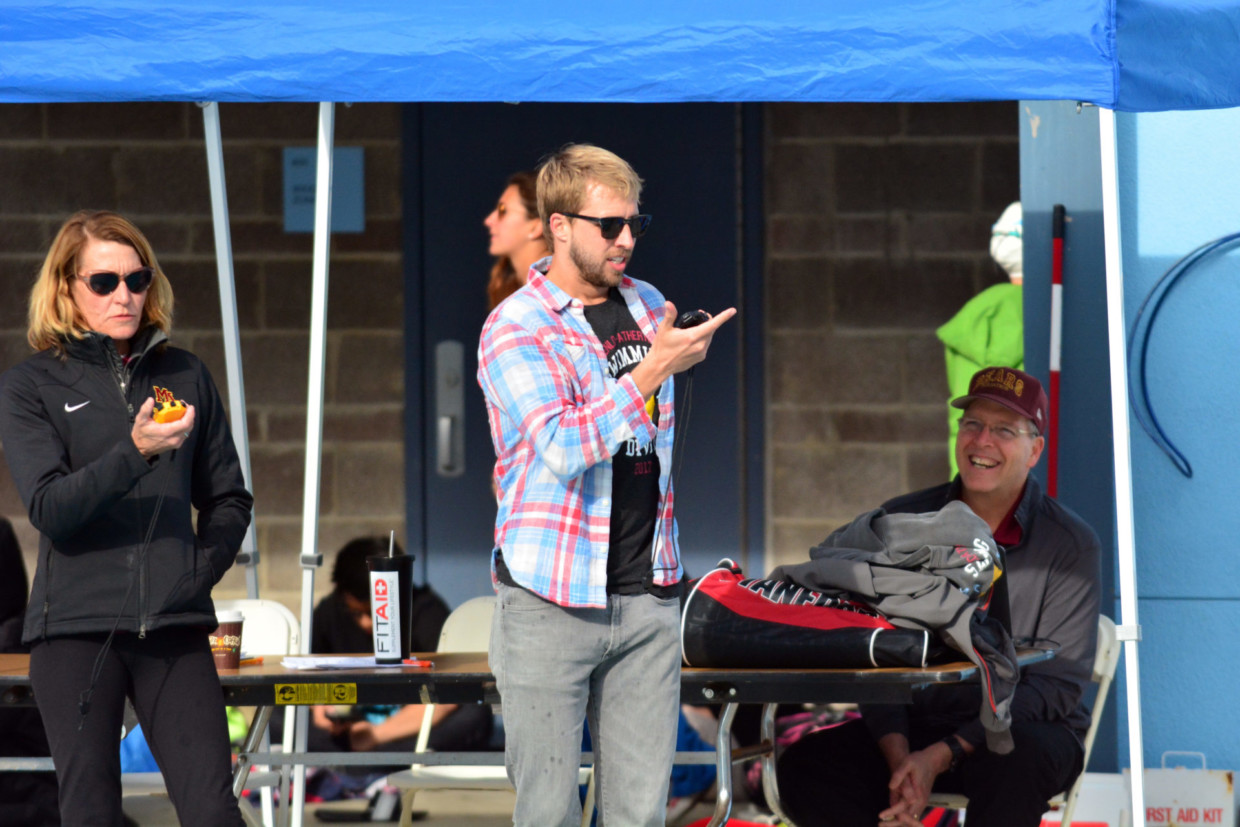 Mr. Longyear smiles as he works the desk at a swim meet.

Senior Cooper Gran remembers Longyear’s presence outside of the classroom. “[He] was always on the pool deck running the computer for swim team. He had coached the team for a really long time so he knew the program better than anyone. He was great about doing the little things to make our days better. He congratulated me after most of my races and his all-over warm spirited presence will be missed.”

Longyear remembered people. He would fondly talk of past students and never miss a name in the hallway. “He would greet me every time he got the chance,” says Cathia Meredith. “He was a very intelligent person. You could tell by the way he talked, the way he taught his students, and how he presented himself.”

“I used to not enjoy biology, but after taking his class, I am looking into becoming a forensic scientist,” says sophomore Serena Peters. Added M-A alumnus Jace Ambwani, “I remember his class being one of my favorite classes because of the energy and humor he brought to class each day. He really knew how to connect with his students.”

Longyear biked to school, relating to students, and encouraged promptness by counting down the seconds until the bell. He knew his subject so well that he would pause videos at a precise place each year to elaborate. He would spend seemingly half of the period conversing with students, sharing stories and asking questions. Then he would get through the lecture with time to spare. “He was a good dude. I took his bio class my sophomore year and it was a fun class. He was a funny guy, very genuine too. He’d always ask about our days and tell us about his. He’d always check up on me and ask how baseball was going. He didn’t just ask to ask, either, I think he actually really cared about his students,” said Giovanni Deras, who graduated last June. 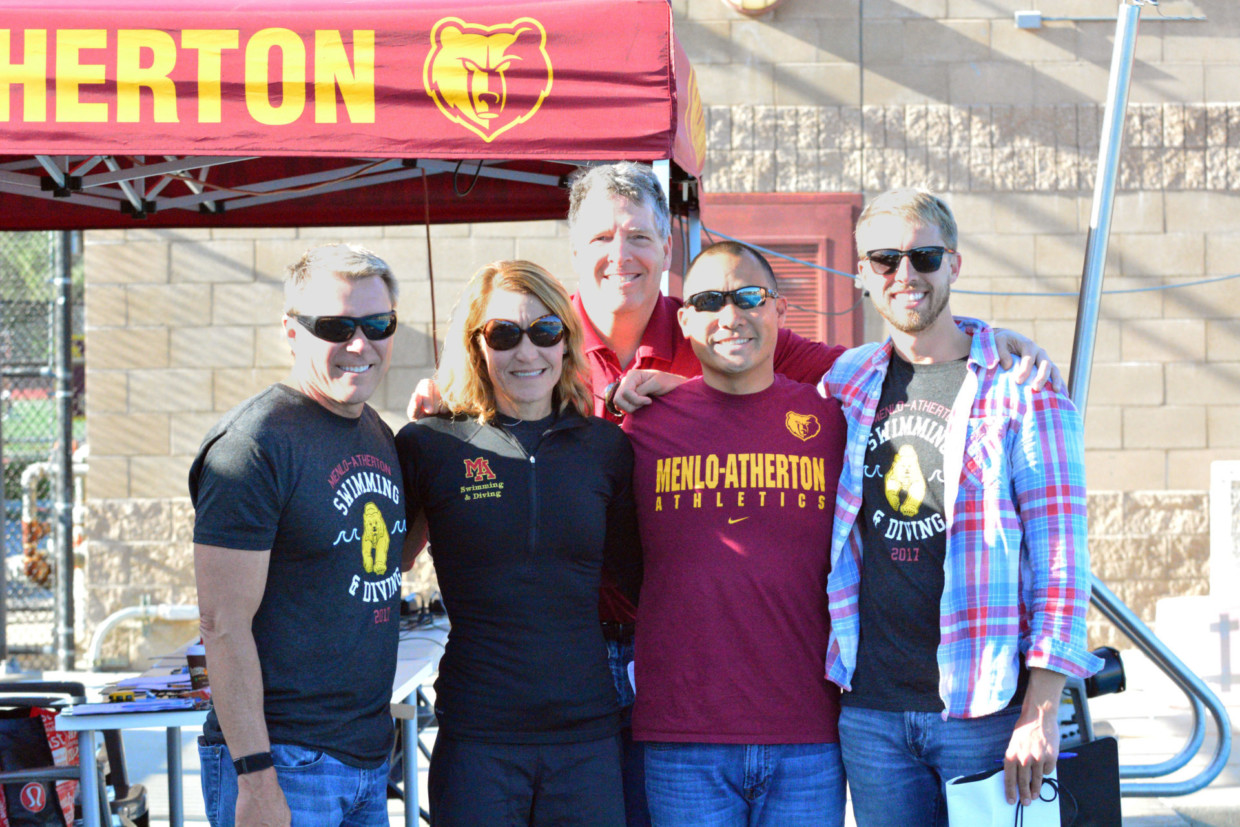 The swim coaches gather for a group picture.

In March, Longyear “was diagnosed with esophageal, liver, and bone cancer” according to the Relay for Life page written by his wife, Sally. Longyear continued teaching as usual. “He was very open with the whole situation,” said Peters, referring to how Longyear talked with his students about his cancer and did not hide it. At the beginning of the year, Longyear told students about his late daughter, who died in 2016. He did not keep things from students, instead choosing to use experiences as teaching moments.

He was not just a teacher of biology, he was a teacher of life. “I had the chance to be his canned food drive ambassador last year and he was always encouraging kids to donate. His spirit was so bright and he seemed like he only wanted to do the best things for all people,” said senior Abby Goudey, referring to last fall.

If you or someone you know is grieving, there are StarVista counseling services in the office available upon request.