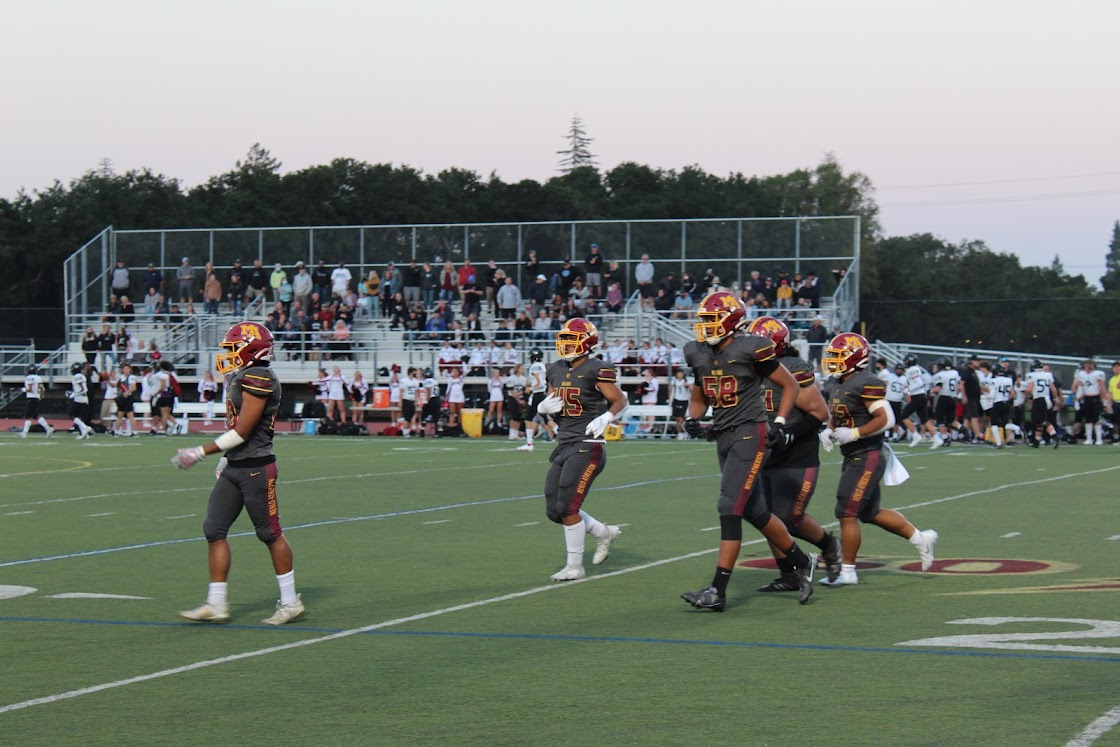 Friday night, the Bears played their first official home game of the season against Tualatin High School from Oregon. After an intense four quarters, Tualatin came out on top with a score of 33-44.

The ball started off in Tualatin’s possession with a quick touchdown at the six-minute mark. However, for most of the first half M-A was reluctant to let Tualatin progress any further, as they used their defensive line to keep the Wolves away from the end zone. 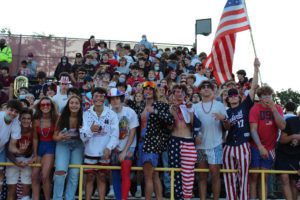 Senior Johnny Barbie finished the second half on a praiseworthy note as he sprinted down the sidelines to earn M-A their first touchdown. The student section, decked out in red, white, and blue for Labor Day, went wild. Students were seen waving giant American flags and spraying water into the stands. Senior, Dane Fifita, said, “Having the full student section definitely brought the energy and helped with the intensity of the game.”

Tensions rose between teams towards the end of the second quarter with an attempted fight on the field as a Tualatin player pushed a Bear to the ground. Although it wasn’t clear if it was intentional, it caused additional players from both teams to flood the field. The coaches for both sides quickly separated the teams and let the referees handle the dispute. The bad blood was still apparent heading into the third quarter as it began with a referee throwing two yellow flags on M-A’s behalf.

After a difficult first few quarters, the Bears scored two touchdowns. Jaden Mims secured the third when he drove the ball all the way down the sidelines, dodging numerous Tualatin blockers. By the end of the third quarter, there was a new sense of optimism on the sidelines and in the crowd as the Bears were four points behind the Wolves with a score of 33-37. 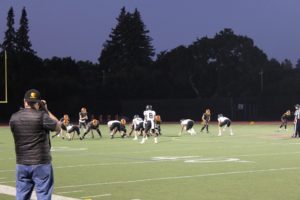 Bears line up with Tualatin Wolves ready to play.

The momentum continued into the fourth quarter with senior Jeremiah Earby’s interception of one of Tualatin’s long balls. Following a long quarter of hard defense, Tualatin snuck in a final touchdown with five minutes left through a long pass across the field. The final score of the game was 33-44, a hard-fought loss for the Bears.

Jeremiah Earby spoke about how the team will continue to improve this year. “We need to have more controlled aggression. We want to play hard but not beat ourselves up about these things.” He continued to say, “we put in great effort though, that’s definitely what kept us in the game.”

Despite the score, the student section was thrilled to cheer on the Bears. 12th Man Captain Marcello Batista spoke of his hopes for the coming season. He said, “I’m looking forward to seeing everyone this year dressing up and showing out. Especially when the boys are playing well, and we all are just having a good time together.”

Grace Hinshaw is a junior and first-year journalist for the M-A Chronicle. She is interested in writing about sports and current events involving students at M-A. She enjoys playing soccer, the outdoors and spending time with friends.