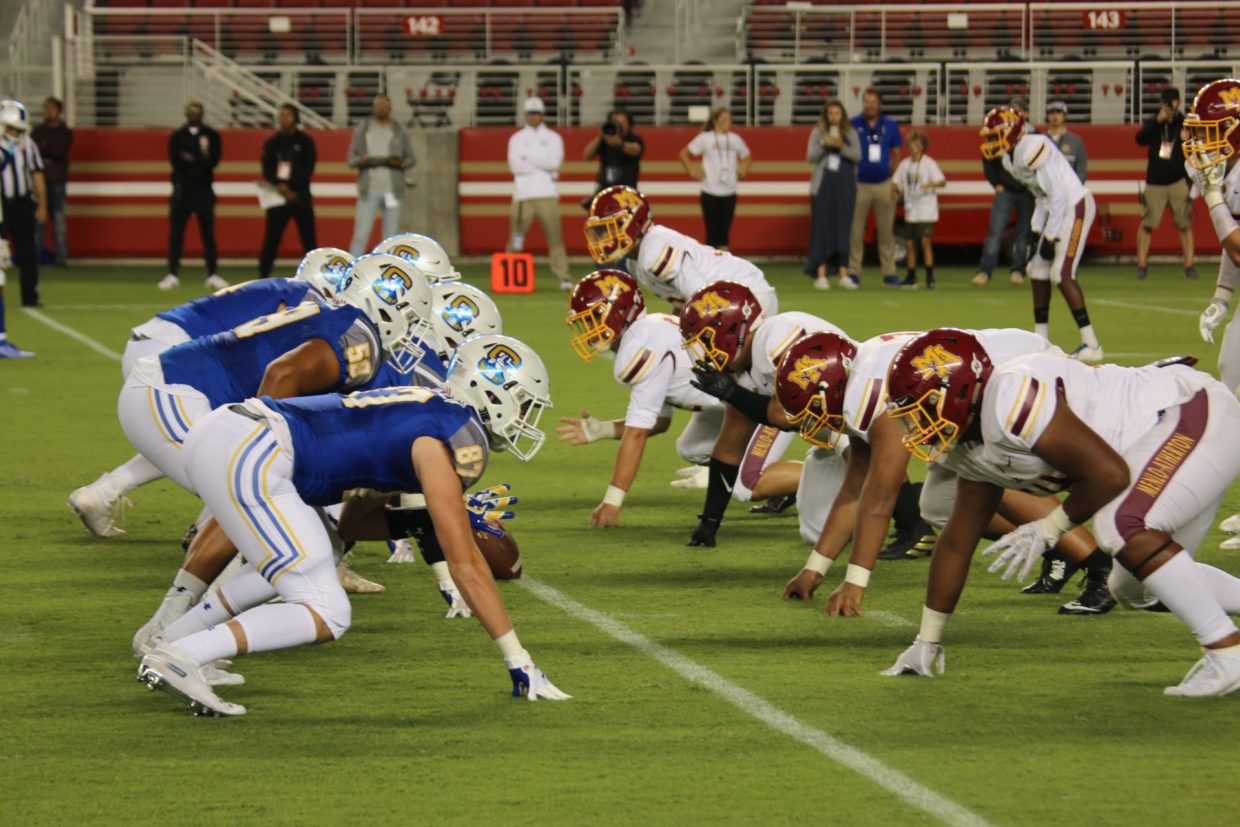 After an impressive win over Bellarmine one week ago, the Bears lost 38-13 to Serra in the electric atmosphere of Levi’s Stadium. Music blasted during pregame warmups, the student cheering sections were out in full force, and the massive scoreboard at each end of the field featured the logos for M-A and Serra. Above all, the players were able to experience a game like no other in that they were playing on the San Francisco 49ers home field. M-A Athletic Director Paul Snow said, “this game is hugely significant, as we get the opportunity to play in a professional venue, and this just doesn’t happen very often, and for football, this may be the first time ever.” 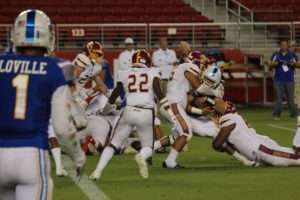 Unfortunately for M-A, Serra had the upper hand for most of the game as the Bears struggled to get any offense going. Serra opened up the first quarter with a huge pass that got them down all the way to the Bears’ 20 yard line, but couldn’t score because M-A stopped Serra, forcing them to kick a field goal. After M-A punted on their first drive, and then punted again on their second drive, the first quarter ended with Serra up 3-0.

Only up by three points at the start of the second quarter, Serra pulled ahead of M-A by halftime. The Bears received the ball first at the start of the quarter, however, they could not do anything with the ball and were forced to punt it back to Serra. The Padres’ capitalized on the opportunity when senior quarterback 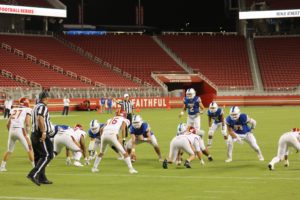 Daylin Mclemore found senior running back Nate Sanchez on a deep throw that got them down to the six yard line. M-A prevented Serra from scoring for three goal line plays, however, the Padres eventually punched it in, making the score 10-0. On the ensuing drive, Serra recovered a fumble deep in their territory because of a poor snap, and Sanchez scored a touchdown on a four yard run in the following plays to make the score 17-0 in favor of Serra.

For a couple of minutes while down 17-0, M-A seemed to wake up after an impressive drive to make the score 17-6. Sophomore quarterback Matt MacLeod found sophomore wide receiver Jalen Moss on two thirty yard throws, one of them in the back of the endzone. The momentum picked up when M-A senior cornerback Justin Anderson had a one handed interception while he broke up a long pass. The M-A 12th Man went crazy, and the Bears suddenly looked like themselves again. But as the clock hit zeros signaling halftime, M-A could not put any more points on the board. 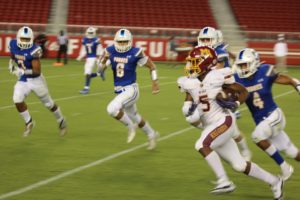 In the second half, Serra scored three more touchdowns to M-A’s one. The Bears’ did have a promising drive after a fumble recovery, featuring a big run by senior running back Francisco Sanchez and a one handed catch by senior Sasongi Eke, but were ultimately stopped at the goal line on fourth down. As M-A students flocked to the exits and the game came to a close, the Padres had won 38-13.

Although the Bears came up short from winning at Levi’s Stadium and fall to 1-1 on the season, they will have plenty of chances to bounce back. Junior safety Eric Stuart said, “the atmosphere was great and it was really fun to play there (Levi’s Stadium) but overall I think we could have done a lot better than we did. But when we regroup and get everyone back, we will be all good.” The Bears’ redemption starts next Friday, September 13, when they travel to Salt Lake City to play East High School.