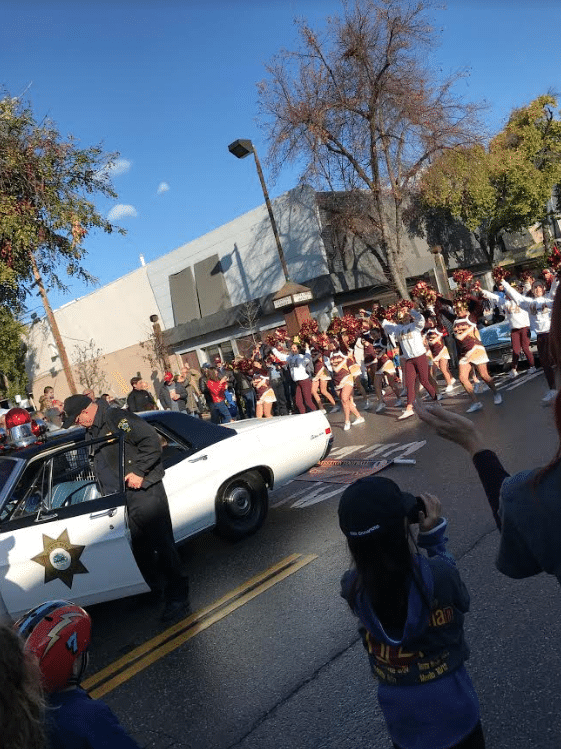 On December 15, M-A took home its first ever state football championship in school history, defeating Lincoln High School at Sequoia 21-7. This win comes two years after a heartbreaking state championship loss which only made this 2018 team stronger and more determined to win. After three weeks, the team finally celebrated their win in style with a parade through downtown Menlo Park.

Escorted by police and fire trucks, the parade started at the Caltrain station in Menlo Park and walked down Santa Cruz Avenue through the heart of downtown. The atmosphere electrified the crowd. Sirens blared from fire trucks, vintage corvette stingrays rolled down the street with players in the backseat, and the M-A cheer and dance teams performed multiple routines. The parade marched all the way down to Burgess Park, where there was a large stage set up for the team. M-A Principal Simone Kennel, Athletic Directors Paul Snow and Steven Kryger, and Head Coach Adhir Ravipati all spoke on stage addressing the team and the community. The parade wrapped up the Bears’ magical 2018 championship season.