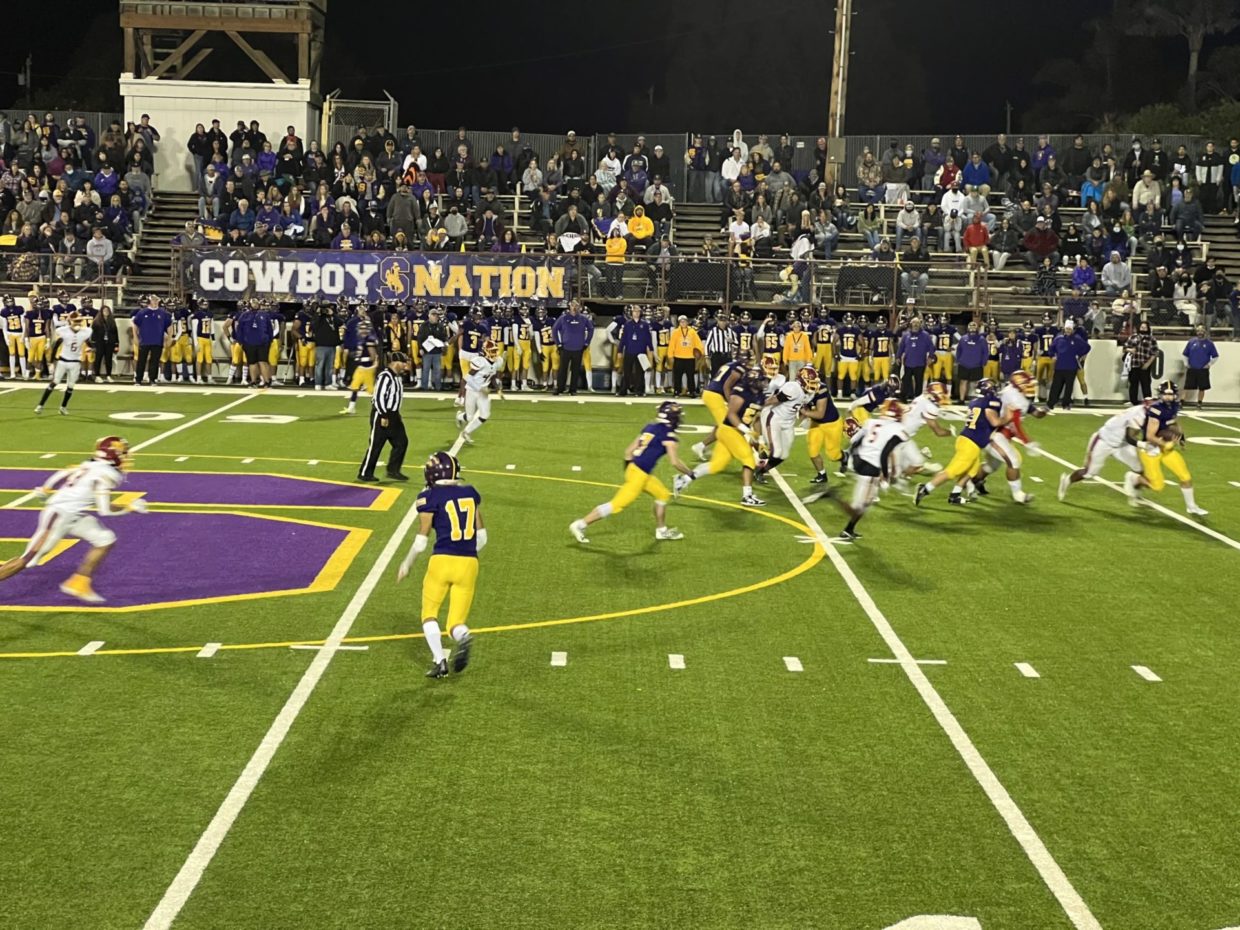 Written and photographed by Emily Buck

On Friday night, the Bears faced off the previously undefeated Salinas High School Cowboys in the first game of the CCS playoffs. Tensions were high the second the players stepped on the field because this game determined who would move forward. 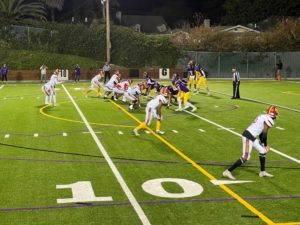 Bears and Cowboys line up, ready to face-off. Photo by Emily Buck

At the start of the game, the Cowboys took an early lead with a 68 yard touchdown after receiving the ball on their own 30 yard line. Neither team made substantial headway until the Cowboys got a first down and sprinted down the field  for a touchdown, ending the first quarter with a 14-0 lead.

Despite the score, the Bears brought energy and determination in the second quarter.  Senior running back Dane Fifita effortlessly weaved through defenders to score a 75 yard touchdown. M-A then scored three touchdowns, two by senior receiver Jeremiah Earby and the other by senior receiver Jalen Moss. The Bears ended the first half with the lead, scoring a remarkable 28 points in one quarter.

Senior middle linebacker Sione Vaka explained how the Bears stood their ground and fought fiercely. He said, “I felt like nobody gave up. Everybody was still giving 100% the whole time”. Junior Johnnie Barbie agreed with Vaka, saying, “we just keep pushing and keep going to the end.”

Despite the long trek to Salinas, M-A fans still showed up ready to cheer on the Bears.  Spirits were high among both teams at the start of the second half, as a win seemed within reach. As the Bears started with possession, a foul from the Cowboys put them in position to score again. Fafita showed off his speed and scored another touchdown with the help of senior quarterback Matt MacLeod, making the score 35 – 28.

At the beginning of the fourth quarter, senior linebacker Andrew Buck tackled the Cowboys receiver, which stopped their chances of getting a touchdown to close the gap in the score. MacLeod commented on the defense’s stellar performance. He said, “they stepped up and made some really great plays. We made a tremendous effort on defense and that really helped us a lot”.  The Bears won against the Salinas Cowboys with a score of 35-31 and will move onto the next round of CCS playoffs against St. Francis on November 19th.