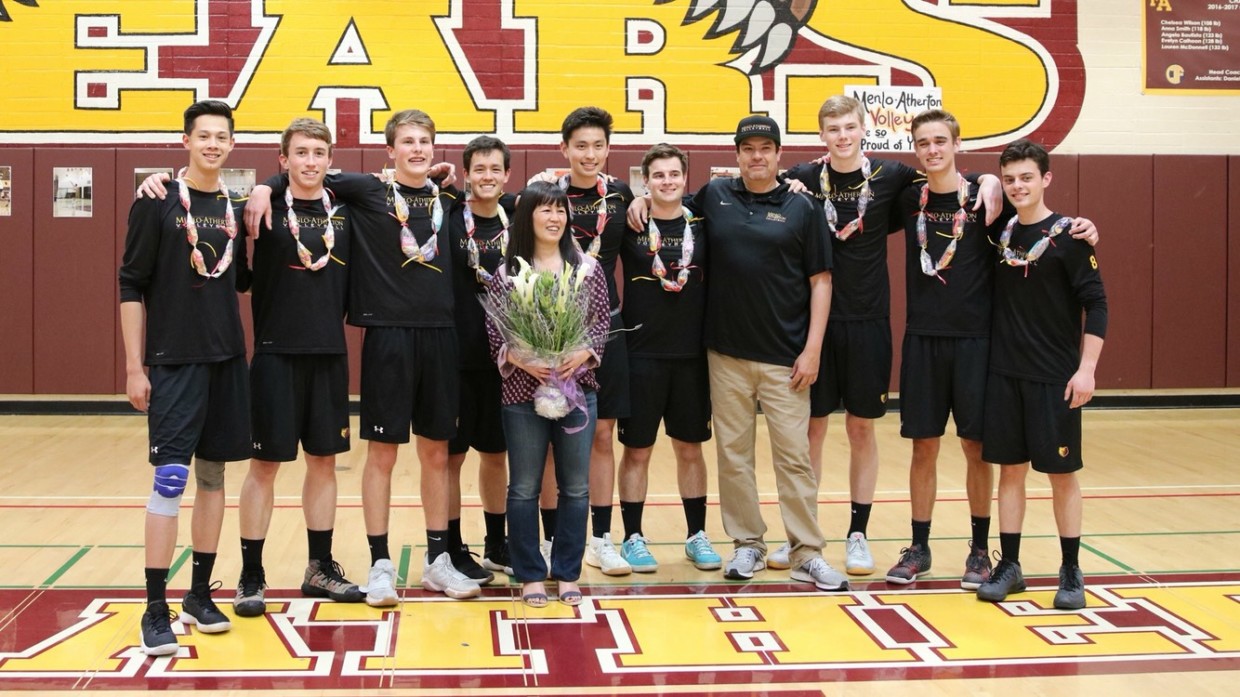 The M-A Boys Volleyball team finished off Hillsdale without dropping a set in a 3-0 victory, topping off their senior night celebrations. Senior Aaron Letvin led the way for the Bears once again, totaling 11 kills and 12 aces, a double double over the course of the match. The Bears are now 28-0 (14-0 in Peninsula Athletic League (PAL)), after beating San Mateo on Thursday; completing a undefeated regular season.

This Senior Night is the culmination of the first four years of Boys Volleyball at M-A. The team originated four years ago, with seniors Collin Shen, Troy Sweetnam, Cortney Weintz, and Schulyer Knapp as founding members of the program at M-A. The team essentially started from ground zero when coach Ron Whitman arrived four years ago, with nearly none of its members with much volleyball experience before entering the M-A program. Shen spoke on the roots of the program: “Freshman year, Schuyler and Mrs Knapp wanted to get a program started and it has just built from there.” Knapp, being the lone member who came into M-A with competitive experience, a four year starting setter for the Bears. 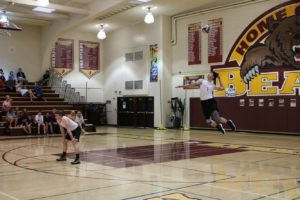 Outside Hitter Letvin serves one of his many aces of the match. Photo credit: Eric Weintz

Other than Knapp, however, the team has cultivated its own talent over the past four years, and has continued adding others, such as seniors Gavin Lombardi, Jeff Keare, Tyler Williams, and Oliver Bley. A three year varsity player, Shen continued, “It has been surreal seeing where we have come from. None of us knew the sport, but the experience of growing in unison in volleyball has been beyond satisfying.” A group of guys who started playing this sport within the past four years have now pulled off an undefeated season. 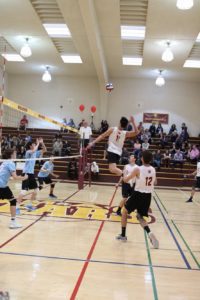 Letvin, who only played his first season of volleyball two years ago, leads the team in offensive production in both kills (237) and aces on the season. “As someone who had never played before high school, this has been life changing. Volleyball has opened different opportunities, and friendships that I wouldn’t otherwise have,” said Letvin. Letvin, who is a candidate for PAL MVP, hopes to continue playing the sport that he found at M-A into college.

After Thursday, the team will anxiously wait for their Central Coast Section (CCS) seeding as they prepare to take on the competition against Western Catholic Athletic League (WCAL) powerhouses such as Saint Francis, and other competitive public schools who have been more historically successful in the sport. The team is charging full speed ahead though, Letvin ended: “I have big expectations going into CCS. We are third in standings but will probably be seeded lower because our league isn’t as strong and the level of competition we’ve played against. Despite the fact, I full expect us to go far and compete with any of the private schools from WCAL, or any of the other public schools across the bay.”