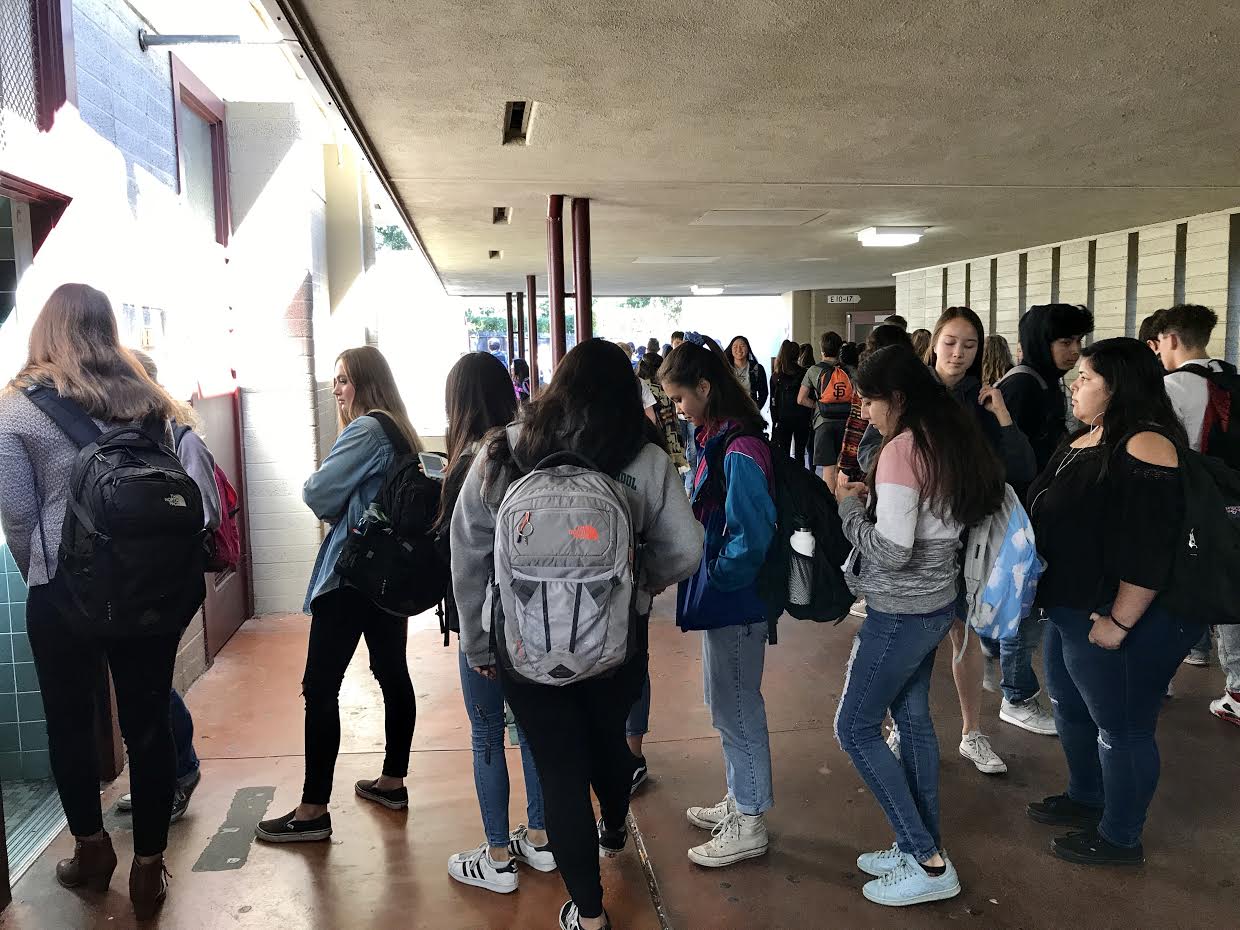 While infamous for their plumbing problems and lack of soap, the wait times for the M-A bathrooms are problematic for many students who often miss break and even class time. So problematic are the long lines that many began to question the legality of the situation, how can a ten-minute wait time really be acceptable?

In the 2017 California State Plumbing Code, Section 422.1 E – Educational occupancy – it states that the minimum ratio of toilets to students is one to 30 for females and one to 50 for males. While male students have the appropriate number of stalls, M-A does not meet these standards for female students. With a student body size of about 2,400 students and approximately 1,200 females, there should be 40 stalls open and available for student use during school hours. M-A only has 27.

However, M-A’s stall to student ratio is actually completely legal. Educational buildings built pre-1994 are only required to maintain a ratio of one stall to 45 students for females and one to 100 for males. Because it was built before the current codes were enacted, M-A is not required to update their plumbing fixtures to current standards.

Still, there’s a problem. Another part of the code states that “sufficient” bathrooms must be open during and outside of class time. Again, M-A is not violating any law, however, as most know, the M and I wing bathrooms (pictured below) are rarely open for student use.

The M and I wing bathrooms, circled in red, are rarely open for student use.

Brien Oliver, M-A’s plant manager, believes that the Pride and Hello Hall bathrooms are the most crowded because “they are the most mainstream,” and that the traffic is coming from the elimination of the D-wing bathrooms in the construction last year. Oliver stated that “if we generalized the whole campus,” meaning if students were to use each bathroom in even proportions, then there wouldn’t be as much of a wait time.

Oliver also added that there “will be new restrooms by June 2018, about six months from now.” Because the D-wing bathrooms were the most popular, their reconstruction will “alleviate the stress on the Pride Hall restrooms.”

Senior Grace Chitouras began looking specifically into the legality of M-A’s student to stall ratio after experiencing the frustration of the extensive lines all too often, stating that it is impractical to “get in line at the beginning of brunch and not even be through the door by the time brunch ends.” Chitouras provided information from the California Education codes for Educational facilities.