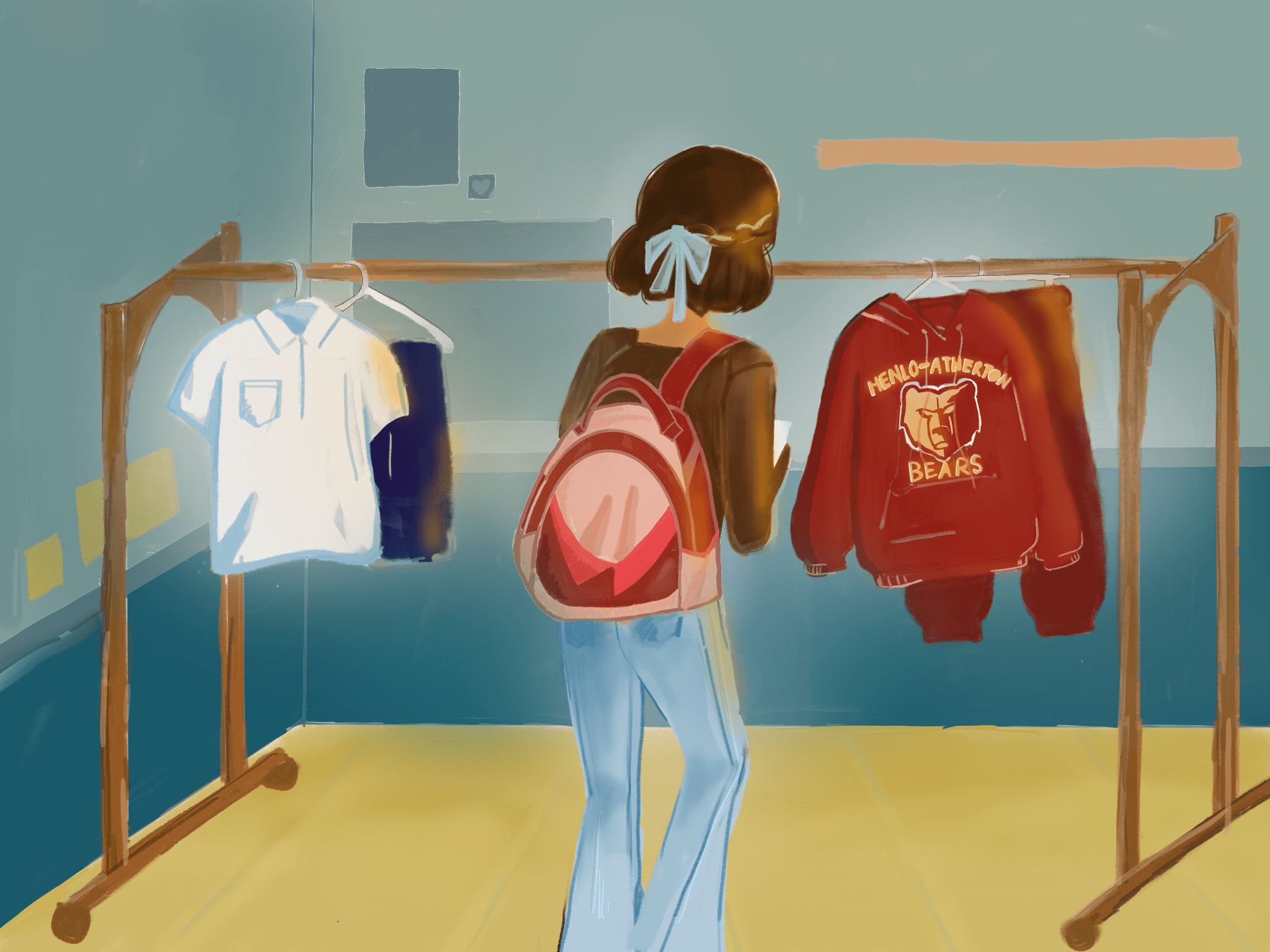 As California public school enrollment falls and criticism arises over inequalities during distance learning, M-A transfer students show that there are still reasons to go to public schools.

Sophomore Keira Martin transferred to M-A this year after attending Notre Dame in San Jose, a school of just over 600 students, for her freshman year. She had gone to Notre Dame for more tailored school support after a difficult year during distance learning, but once she had acquired the skills to manage her time and get good grades, Martin wanted to transfer to M-A.

“The teachers help you more than here,” she said about Notre Dame, “but it was also really small and not really the high school experience, or community, that I wanted.”

Assistant Vice Principal Emily Rigotti has spoken to many transfer students, who all have their unique reasons for coming to M-A. She said, “We’re a comprehensive school, which means we are supposed to offer an array of things, like PE, sports, drama, music, CTE classes—all these things you can probably think of.” A wide variety of classes and extracurriculars appeal to students with many different ideals of the ‘high school experience.’

M-A’s sports and leadership events satisfy Martin’s vision. She said, “There’s a lot of spirit with the football games and spirit weeks at M-A.” Since Notre Dame is an all-girls school, “They didn’t have football games or anything spirited. It was basically just school.”

Martin also had an advantage transferring to M-A, being “more familiar with M-A since my brother, Alec Martin, goes here too.”

Gayle also mentions diversity as an important factor in her transfer; after narrowing her options down to M-A and Los Gatos High School, she chose M-A because of the greater percentage of people of color. “I was looking at the Black percentages at Los Gatos, it was like 0.2%, and at M-A, I think it’s around 5%, so I wanted to be surrounded with a lot more diversity.”

Caroline Cioffi, a junior who transferred from Saint Francis, also acknowledges diversity at M-A, recognizing that while there is still room to grow, it is an improvement from Saint Francis. When comparing the two schools, Cioffi said that, “At Saint Francis, all of the minorities hang out in one corner away from everyone else—M-A is a little better, I mean come on, M-A is not as bad.”

Besides diversity, students’ character was also vital to Cioffi. Attending La Entrada Middle School before Saint Francis, Cioffi said, “It was difficult because I didn’t really know anybody and it felt like when I went on campus, everybody already knew each other because they all went to the feeder private schools. And I tried to make a group of friends and they just excluded me.”

At M-A, Cioffi hasn’t had any problems with the students: “Before school started one of the volleyball people asked if I needed someone to sit with at lunch, and that was nice because I was freaking out a little bit.”

Gayle has had a similar experience. She said, “I felt like I went out of my way to talk to people, and the response was really nice. If I didn’t talk at all, I don’t know how that would be. There were a few people who, when I wasn’t necessarily talking, would go out of their way to talk to me.”

M-A’s large population may be part of what makes the students so sociable. Gayle said, “One person doesn’t stand out so much so you can be free to be yourself more. You’re being judged by a lot more people but it doesn’t feel that way because there’s so many more people and you’re such a small part of that. You have a lot less weight, in a good way.”

The perspectives of transfer students reveal some qualities of M-A that we might take for granted.

Gayle said, “So far, the interactions I’ve had have been really nice and welcoming. I’ve been able to find people to connect with already, which I’m super happy about.”