M-A, a Home Away From Home for Exchange Students

This year, M-A is home to 2,400 students, all commuting from Menlo Park, East Palo Alto, or Atherton. However, not all of these students truly call these cities home. We sat down with three exchange students from Italy, Switzerland, and England who are attending M-A this year. 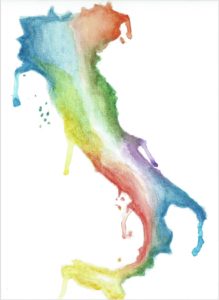 Simone Pallante is from the northwest region of Italy. He and his good friend, Marco, arrived in Menlo Park on August 15, only two days before school started. When deciding which country to go to, Pallante chose America because of its representation in Italy. “I wanted to see in first person what is the real America, and not only what is the representation of America.”

Pallante stated that living abroad for a year of high school is not common: “In my country, it is not normal, but some people decide to have an exchange year. It is very interesting. It’s different than a normal school year. You can improve your life skills and open your mind to another culture and another way [of thinking].”

So far, Pallante has been enjoying his time at M-A. While the language barrier is difficult to deal with— “I find it very difficult to explain myself and this [is] a problem…because I can’t understand where I have to go or what I have to do”— he finds M-A’s curriculum and schedule much better than his Italian school’s. “I didn’t like school in Italy, it was very boring. It’s much more interesting here.” He also recognizes, though, that M-A is more demanding than his Italian school: “This place in particular— I don’t know all the U.S.— the people are more attentive. The homework or the attention during the lesson is higher.”

In Italy, high school lasts for five years, with students graduating when they are 18 or 19. “The school is different. In Italy, you have only one class [of students], so for five years you stay with the same 29, 30, 31 people for all of high school.” While he said that the class becomes closer that way, it also feels a bit stifling; there aren’t as many social options.

So far, Pallante has found people in the U.S. more friendly than those in Italy. “I think that here the people are more friendly, but I think that it is because my part of Italy is not very friendly. There is some parts of Italy where you can go into every shop and start to speak with other people you don’t know. In Italy it is very different in different regions.” 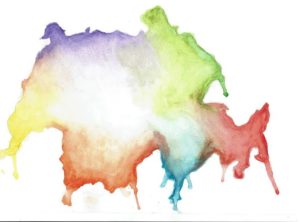 Caroline Rothe-Dick is from Lucerne, the German-speaking region of Switzerland, but she has already had exposure to the United States. Her aunt and uncle both live in Northern California, and she has visited multiple times.

“It’s typical for Europeans to do a year abroad. You get to know new cultures. And [I chose] the U.S. because I know people here.” She is staying for her full senior year, as it is too difficult to miss only a semester. When she returns to Switzerland next summer, she will have to repeat her senior year before graduating. 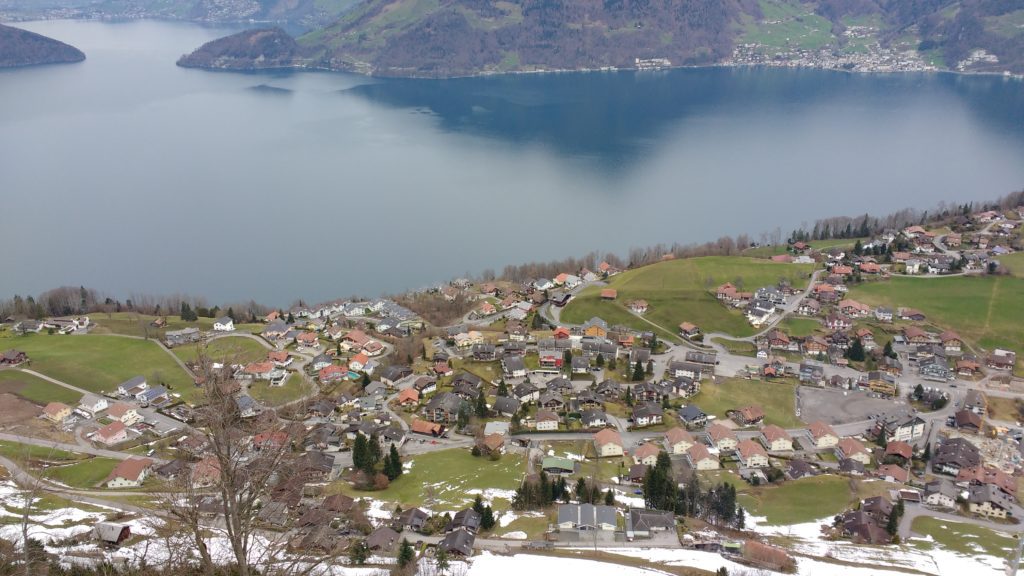 After living in the United States for a couple months, she has one word to sum up her experience: different. She said, “A lot of things are just bigger, more complicated – different.”

Rothe-Dick has been able to navigate the large M-A campus easily, as she does not have a language barrier. In Switzerland, everyone takes anywhere from seven to ten years of English, though not every day. Rothe-Dick’s home is bilingual: she speaks English with her mother, who grew up in the United States, and German with her father and two little sisters. “Because I can speak the language pretty well, I don’t have a problem.”

Some differences stand out more than others— people here seem to have an aversion to public transportation and carpooling; lunch is the big meal in Switzerland as opposed to dinner — but Rothe-Dick has been surprised by the similarities. “It looks really alike to Europe or Switzerland. There a lot more cars here though.” 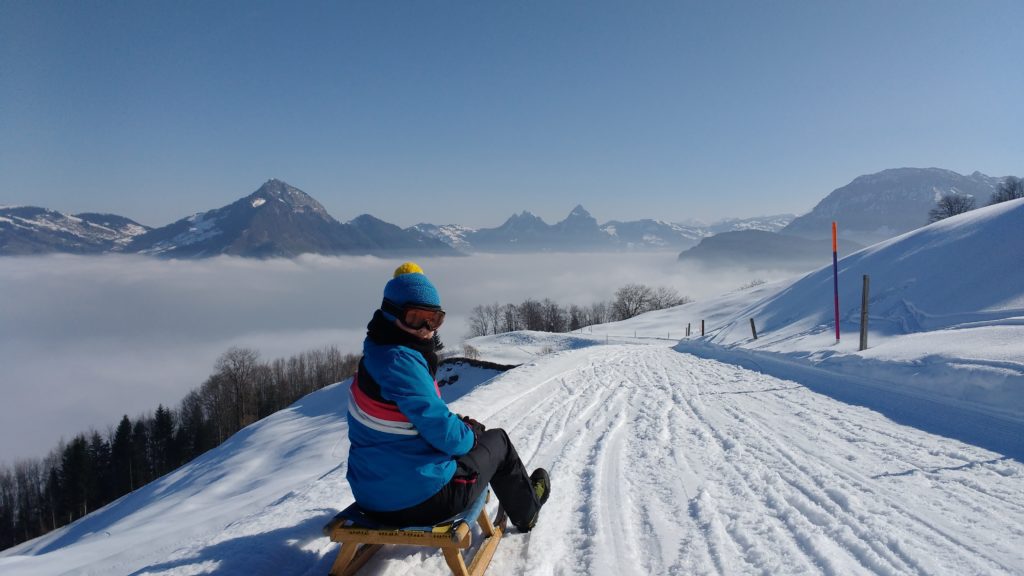 Socially, M-A has been easy to navigate.“People are more open. In Switzerland people are all very nice, but not very open. And they are super correct in Switzerland. You’re always right on time, or you always have to do everything perfect.”

The school systems, however, differ greatly. High school acts as a sort of college in Switzerland: students declare majors or regions of focus. Only 20 percent of the students complete all four years; the majority stop high school after two years and become apprentices— such as apprentice bankers and apprentice chefs— where they have a sort of half job, half school schedule. The 20 percent that focus on school are the only people who continue into college. 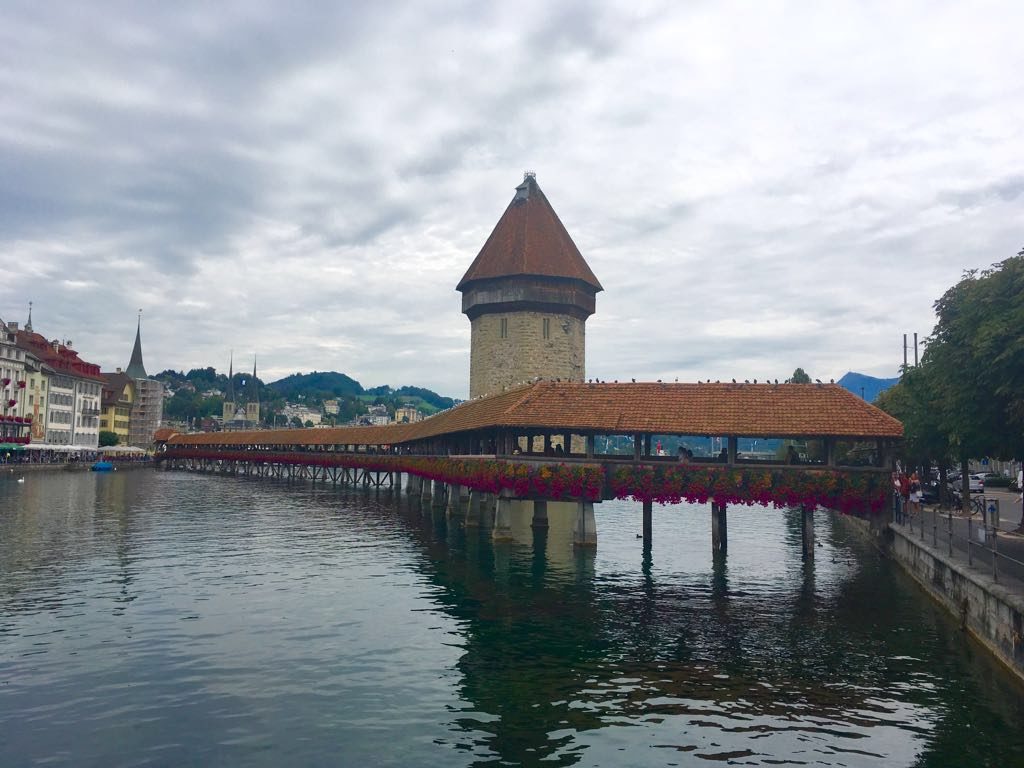 Lucerne, a city near Rothe-Dick’s home.

The college application process is also much more simple in Switzerland, much to the envy of M-A’s senior class. The chances of getting into colleges are almost certain, and the cost is nowhere near as expensive as it is in the United States.

She has already learned a lot from her time abroad: “Just be open for everything. That’s so cliché, but try new things and ask people about things.”

While Rothe-Dick has been enjoying her time at M-A so far, there is one thing she misses: “Chocolate! I’m sorry, but yours is just…” 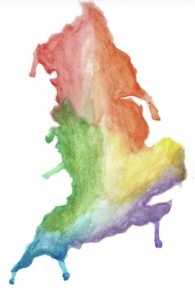 Unlike Pallante and Rothe-Dick, Jacqueline Kim is living in the United States with her entire family. When her father got a job at Google, she decided to leave her boarding school and make the move with the rest of her family. She plans on staying in California until she graduates in two years. After graduating, she’s considering staying in the United States for college, but says she will most likely leave to go back to England.

England and America are considered to be somewhat similar. Kim, however, has noticed some glaring differences since moving here five months ago: white socks with vans and the fact that “Americans are VERY friendly.”

Kim has learned some important cultural lessons since her move to the United States: “Abbreviations such as ASAP, TTYL; also don’t say rubbish, it’s trash.”

According to Kim, British and American schools are very different. She admitted that the first few weeks at an American high school were difficult, and referred to M-A as a “jungle.” Before coming to M-A, Kim came from a school where teachers did not assign homework. At M-A, it’s a whole other story. She feels somewhat overwhelmed by all the work, and after missing a few days, was not excited to start the large pile of make-up work.

In terms of the actual school system and classes, Kim said she prefers the English education system. For Year 12 and Year 13 (equivalent to junior and senior year), students in England “only choose three to four subjects [they] are good at and what [they] would like to do so [they] can concentrate more.” As a junior, she did not have to take these classes before she moved, but said they are more challenging than Advanced Placement (AP) classes in America.

According to Kim, friend groups in England are “mostly divided by gender.” Within her age group, partying and drinking is common since the drinking age in England is 16. Although teenagers can drink at 16, they cannot buy alcohol until they turn 18.

Kim is happy to adapt to many of the differences in America. Coming from rainy, cold England, Kim is still not used to the sunny California weather, but enjoys it, although some days it is too hot. She is also looking forward to being able to drive. In England, teenagers must wait until they are 18 before they can even pass their permit test, so having the opportunity to drive earlier is an advantage.

However, there are some aspects of England she is sad to leave behind. For one, Kim misses both her friends and English breakfast, which she recommends to everyone. She is also disappointed to not have British transportation. America, especially the Bay Area, does not have a good system of public transportation. Buses and trains are sparse and inconvenient. In England the subway, called the “tube,” is the main method of public transport among teenagers and adults.

Kim concluded by saying she loves living in California and is excited to spend her next two years at M-A.