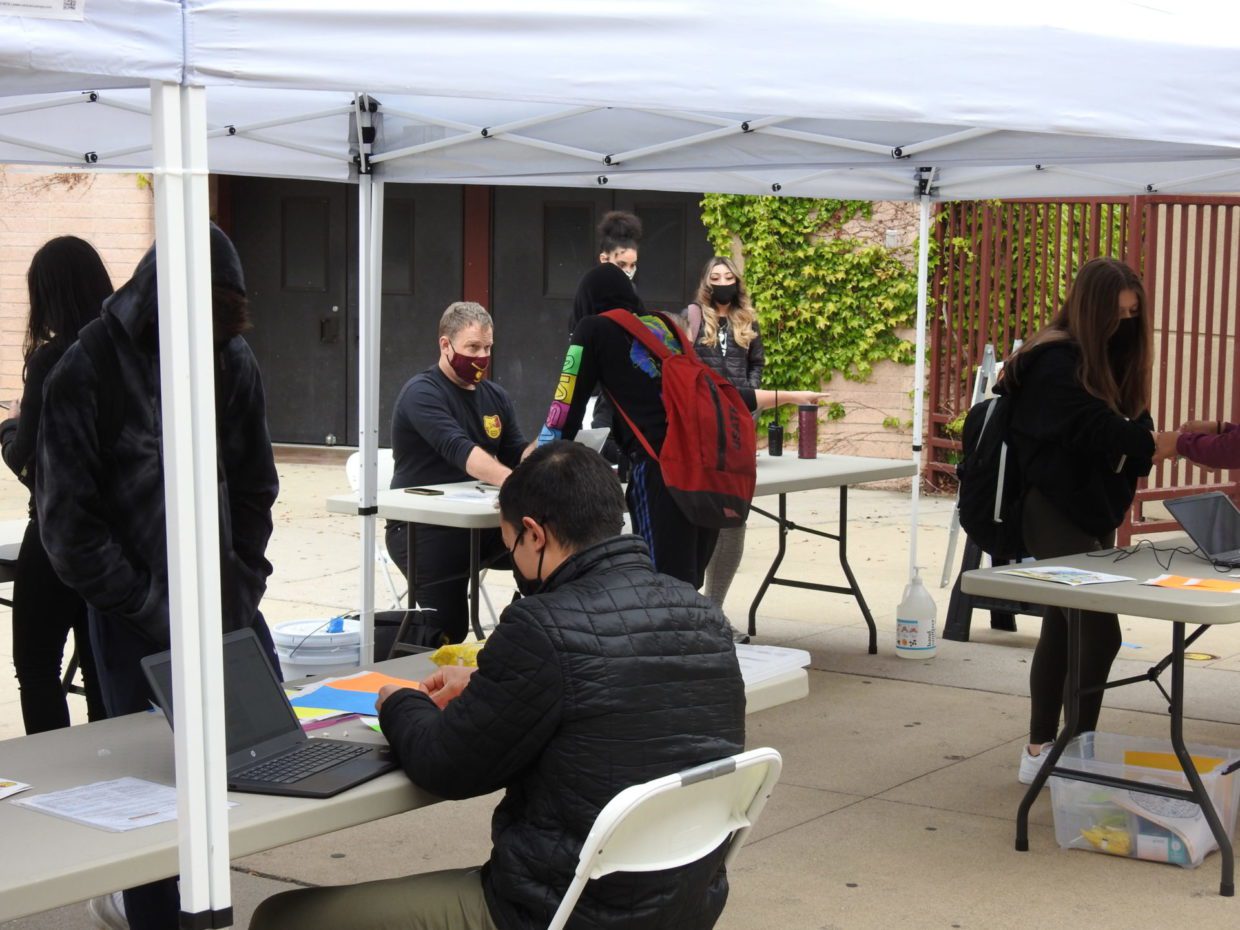 On Tuesday April 6th, at around 2:08 pm, only two days after students returned to campus, M-A went into lockdown. In an email sent to parents at 2:44 pm, administration said that M-A had “received a threatening phone call,” explained the school was working with local police to deal with the situation, and instructed students to not go on campus.

Kennel said that despite having “a safety plan shared with all staff,” because of COVID-19, “we had not had drills, so students and staff new to the campus were not familiar with what to do.”

Commander Dan Larsen with the Atherton Police Department said that prior to the lockdown, “the school received a telephone call from a subject, and that person said they were at the school and that they were going to cause harm to the school.” Larsen said, “We from the police station treated it as a real incident,” and that the campus was locked down to ensure the safety of students and staff. The Atherton PD soon received information that the call was a “swatting call,” that Larsen said is “a big phone call to get the police to respond, almost like a prank, but we call it a swatting call.”

According to Larsen, once the police determined there was no threat to campus, students were released from classes, starting at around 4:25 pm, over two hours after the school first locked down. Evacuations were done around 5:00 pm, and Larsen said, “It all went pretty quick because we were lucky in the fact that you guys were running at a limited capacity, so if the school was at full capacity evacuation would’ve taken much longer.”

Junior Quinn Gostyla, who was on campus for soccer practice, said that he initially did not think the lockdown was real. “I think I saw Ms. Carson [in the distance]. So I yelled at them. I was like, ‘Is this real? Do we have to get off the field?’ And I think Ms. Carson responded and said, ‘Yes, get into a classroom,’ but it was almost as if she didn’t think it was real either.”

Once he was in a classroom near the soccer field, Gostyla said, “The teachers did a good job of keeping us calm.” He added that after they figured out the lockdown was not a drill, “that 10 minutes or so of knowing it was a real thing, but not knowing what it was, I’d say that was the scariest part for sure.” Gostyla continued, “I’m not particularly worried about it. And the fact that it was after the normal school day—and that the only people that were on campus were sports teams and zero period—that made it a lot less of a scary experience.”

Gostyla also said he was a little concerned about safety in terms of COVID-19 because “my whole soccer team ran in [the classroom…and] not all of us had masks on.” He explained, “I’ve been trying to be really careful about it, and being in that class next to kids that didn’t have masks on was definitely a little bit frustrating just because I’ve been careful otherwise. But of course, that was the last thing on my mind at the time.”

AP Environmental Science teacher, Lance Powell, who was doing work on campus, said that when he first heard the lockdown announcement, “I kind of paused, waiting for them to follow up with ‘this is a drill,’ knowing there wouldn’t be a drill on the second day of opening the campus… I guess there was a little motor memory going on; I just immediately went into action.”

AP US History and Gender Studies teacher Anne Olson was teaching her zero period class when the lockdown started, and she said, “To be honest, I don’t fully remember my initial reaction. I think that my adrenaline took over.” Olson shared some of what she journaled during the lockdown and while waiting to be evacuated: “My students sat on Zoom and watched me bolt from my seat as I closed and covered the windows, locked and barricaded the doors, and instructed the student in my room to hide under my desk. I left the Zoom call in a panic and sat on the floor trying to stay strong, my fingers shaking as I send ‘I love you’ texts.”

In response to the safety concerns, Kennel said, “Unfortunately, we have the challenge of living in a world where schools have lockdown procedures, and the reality is, we will always lockdown if deemed necessary by law enforcement as a precaution to keep staff and students safe.” She explained, “Part of the challenge is that we do not always have answers or understand why something is happening; just as part of the challenge is that we want to understand and figure out ways of addressing these situations.”