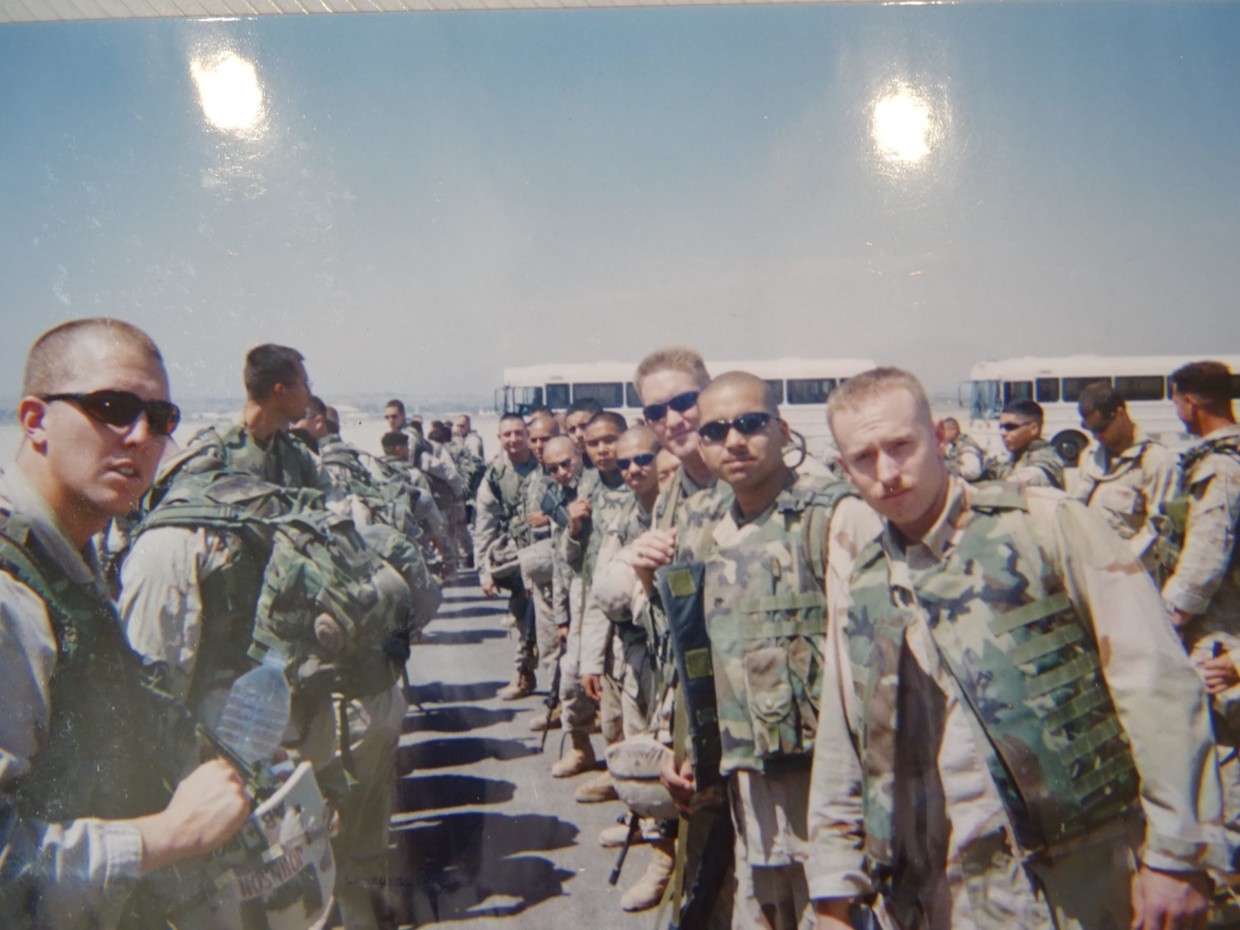 In honor of Veterans Day, local veterans Dave Bragg and Connie Cook share their stories, and what the holiday means to them personally.

Veterans Day serves as an opportunity to recognize and express gratitude towards those who have served in the military, whether serving in combat or participating in noncombatant roles. For some members of our community, Veterans Day has very personal significance, as they reflect upon their time in the military. 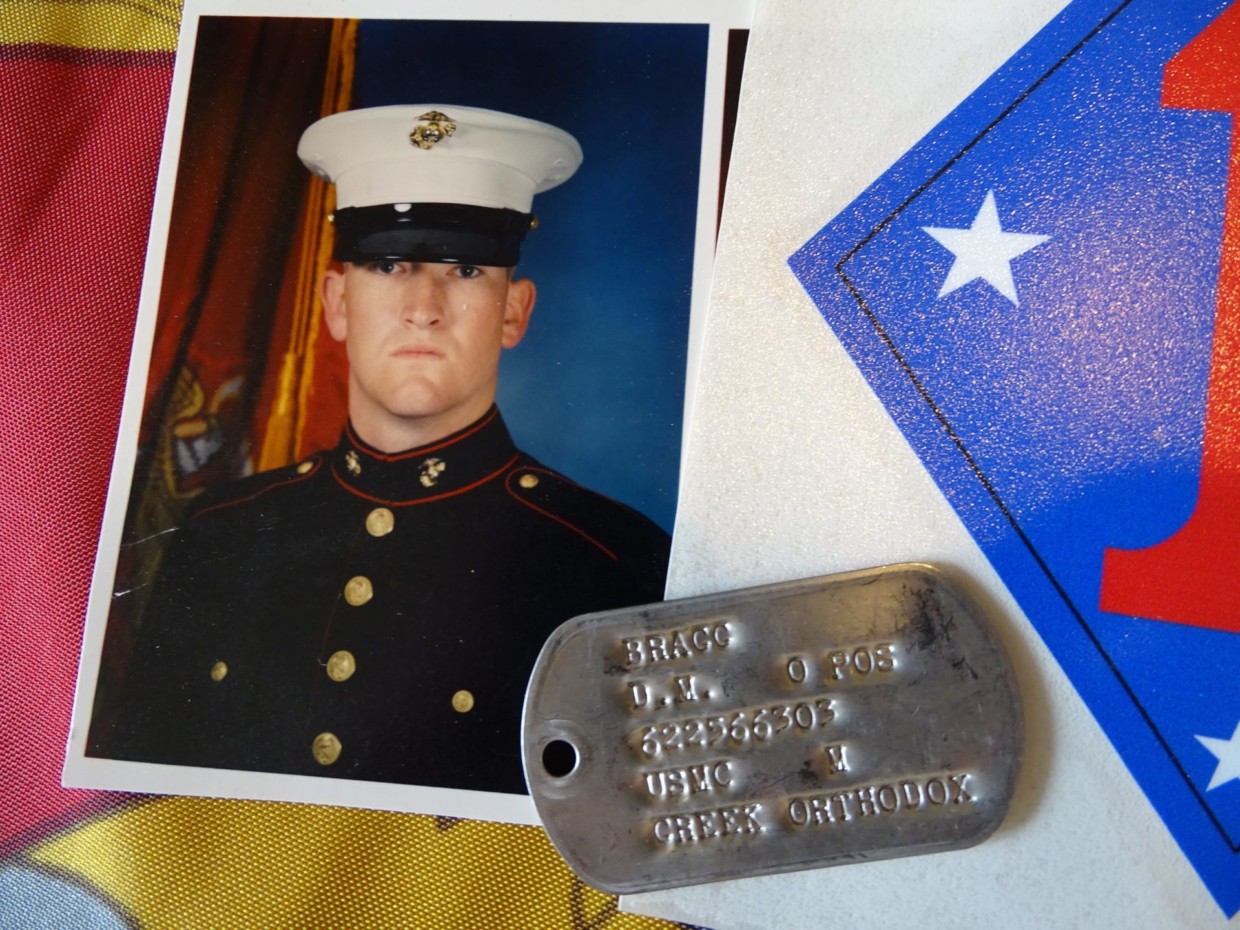 Veteran Dave Bragg in an official portrait during his time in the Military.

Dave Bragg, a community member, and M-A parent offers insight into his experience with the Armed Forces, serving in the Marine Corps from 1998 to 2005.  Bragg’s reserve unit was activated in January of 2002, meaning that he and his fellow reserve members were directed to take part in the war in Iraq at that time.

He recalled, “I spent a year at Camp Pendleton, prior to going to Iraq, and thought I was going to come home, but at the end of that year, they told me that I wasn’t going home, I was going to Iraq.” Bragg was a member of the “First Marine division”, or the first group of troops to arrive in Iraq from Kuwait. Upon leaving home for combat in 2002, Bragg discovered that he would be a father. 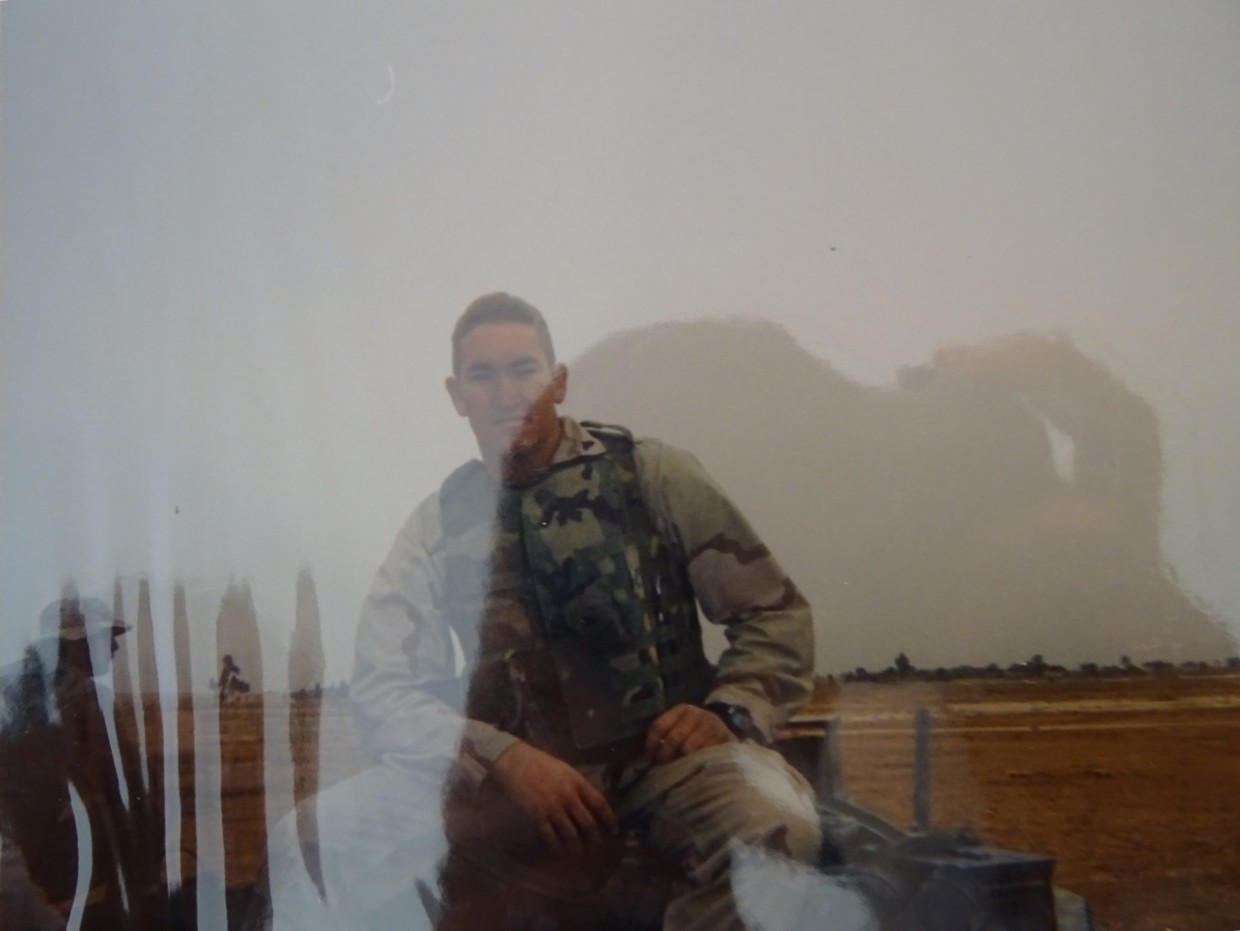 Bragg posing for a picture taken by a friend during his service.

Bragg described all that he gained from his time in the military, from discipline to comradery and a new outlook on life. “I think that, whether you go into combat or not, if you join the military, and especially the Marine Corps, it’s considered by Marines to be the world’s largest fraternity. Everywhere I’ve gone, you get a special relationship automatically if you see another person who has been in the military.” When asked about the most important lesson he learned during his service, Bragg responded, “we all have to look out for each other, whether it’s kids in school, or on a team, or at work, that we’re in this life together, and we have to take care of each other.” Bragg explained that “It’s an honor that there’s a day that we have that celebrates veterans- it’s never been about me, it’s about America, and all of our veterans… it’s a day to reflect.” 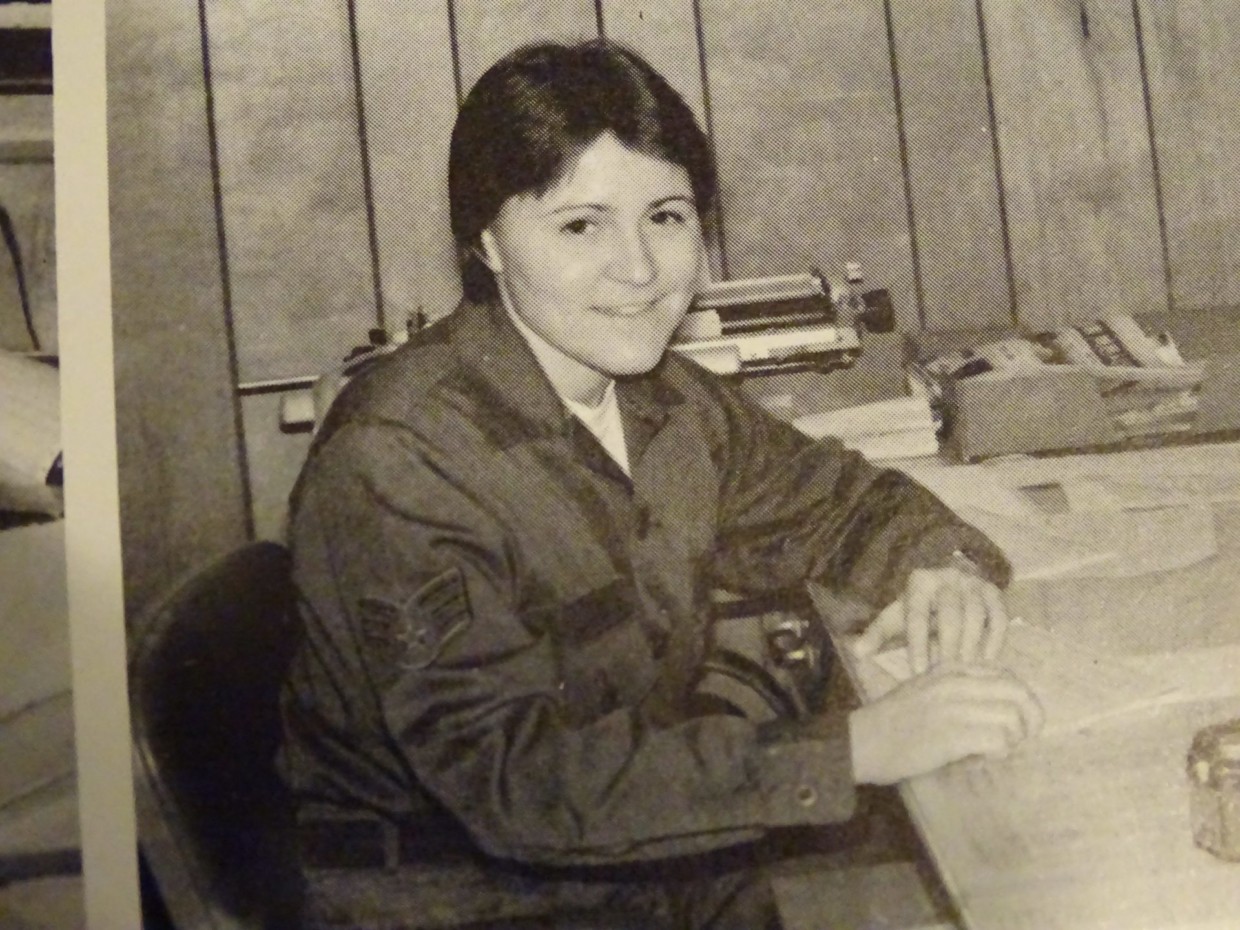 Cook smiling for a photo while working in a base’s a warehouse.

Another veteran from the Bay Area, Connie Cook, recounts her time in the Air Force. She explained, “I joined right out of high school, I was eighteen. I went in because I wanted the college money, you know, the G.I. Bill.” The G.I. Bill allows those who serve in military positions to receive financial compensation for their service.  She described that within each branch of the military, such as the Air Force, “you were assigned the jobs, you didn’t know what you were going to get. It was dependant upon your score, but the recruiter didn’t tell me that. I ended up being assigned to something called material facilities, working in a base’s warehouse.” Connie described the effect that her service has had on her work ethic and life overall. “I’m organized,” she claimed, “because I had to do warehousing. But it also provided me with a sense of discipline, in all areas of life- not just physical… mental, and emotional as well, and respect, empathy, hard work, and patience.” 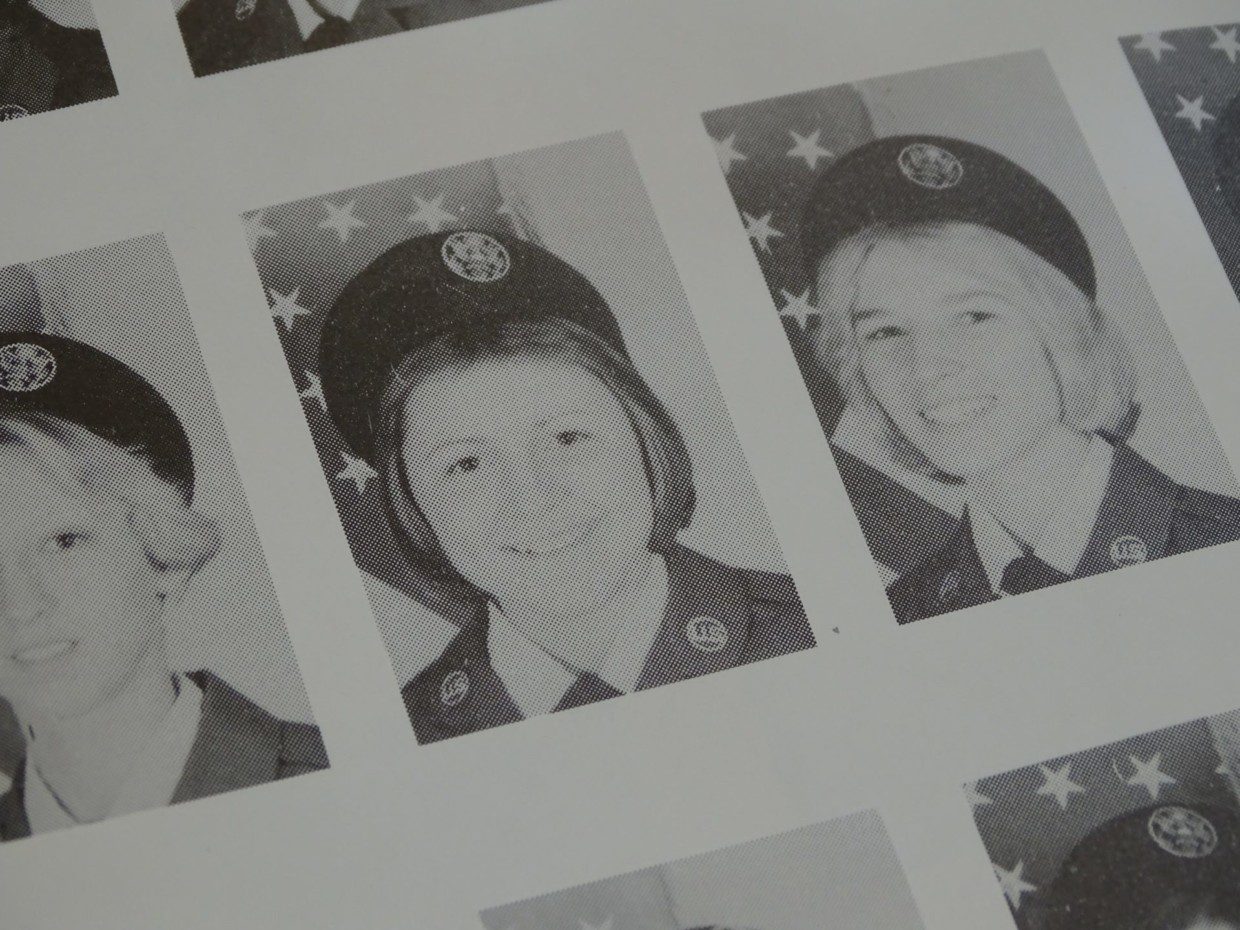 A portrait of Cook shortly after enlisting to the Air Force.

Cook added that military service is a great way to acquire these character traits, and offers the chance to “get more life under your belt.” Cook recalls that when she began her service in the seventies, during the height of the Women’s Liberation movement, some of the material facilities jobs that were predominantly filled by men were assigned to women in a progressive effort to normalize the presence of women in the Armed Forces.  Cook concluded that Veterans day bears significance to her because “It makes me feel proud, to help keep the democracy going.”