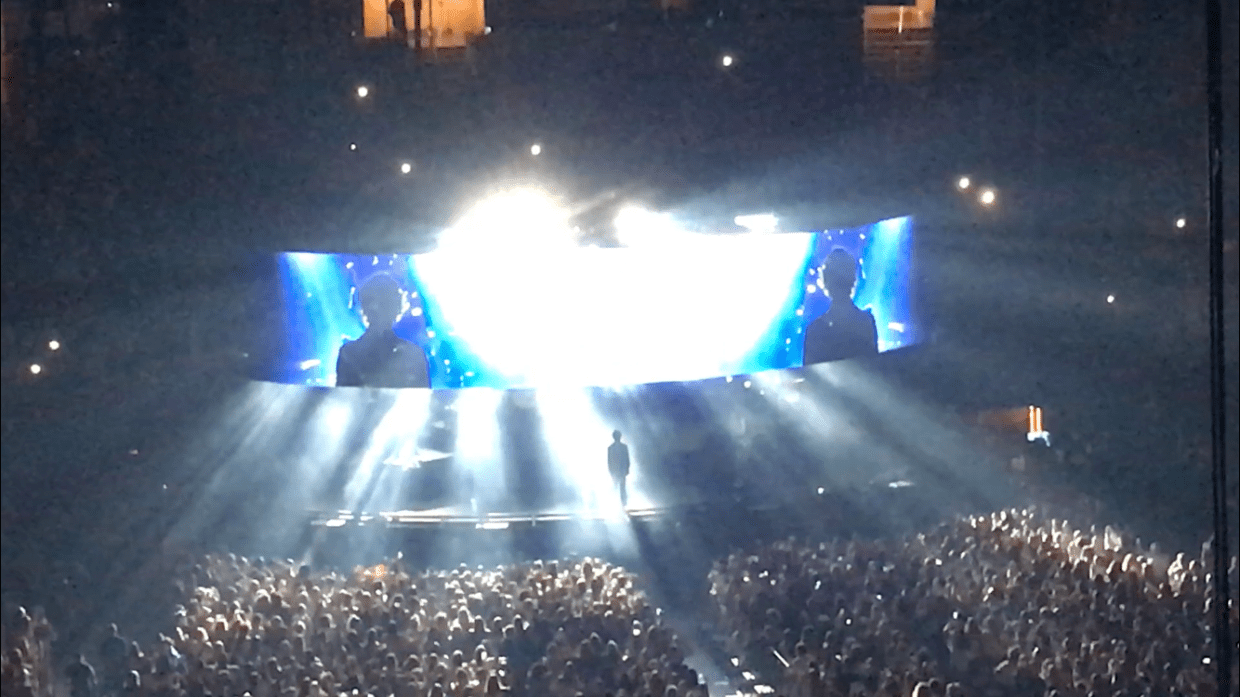 Recently I went to three concerts: Taylor Swift, Harry Styles, and Ed Sheeran. Despite all three artists being a-list celebrities with household names, I was surprised by not only the difference in their styles of music, but also the different ways they presented themselves at their concerts.

If you know anything about recent pop culture, you would know about Taylor Swift’s album, Reputation where she completely 180-ed from her sweet country girl image, opting for an edgier pop sound in response to her relentless haters. In her new song Look What You Made Me Do, Swift states that the “old Taylor” is “dead,” but in concert it is clear that Swift is still the same performer in the way that she connects with and inspires her devoted fan base, comprised mainly of younger girls and women.

Swift is a master at balancing extravagant showmanship with a personal touch. She addresses her fans in a way that makes it seem like she is speaking to you directly the entire time, even in a crowd of thousands.

Harry Styles’ self-titled debut album opts for a soft-rock feel, compared to the pop sound of his former boy band One Direction. After a few upbeat rock numbers, Styles informed the audience of two things: one, that his job for that evening was to entertain everyone to the best of his ability, and two, we were in a safe space where we could be whoever we wanted despite the world outside the venue.

In all, Styles definitely exceeded his two promises. He kept the audience engaged, not only with his energetic music but also with his cheeky personality as he danced around by himself on stage and cracked jokes with the crowd. More importantly, he made the audience feel safe with his message of self-acceptance and positivity.

Ed Sheeran made his entrance by running on stage and playing his upbeat yet nostalgic song Castle On The Hill. His style of music is upbeat pop, and the general vibe of his concert was very laid back. He played his guitar in jeans and a black long sleeve shirt. Throughout his performance, Sheeran engaged the audience with his endearing dorkiness. He encouraged audience participation by inviting everyone to sing (even if out of tune) and dance along as he hopped from one foot to the other in time with the music.

What I found unique about Sheeran’s concert was his ability to attract a diverse audience made up of people from different backgrounds and all ages with his music and his personality. All he needed was his guitar, and he was able to entertain an entire sports stadium. His humble disposition is refreshing to see compared to other performers.