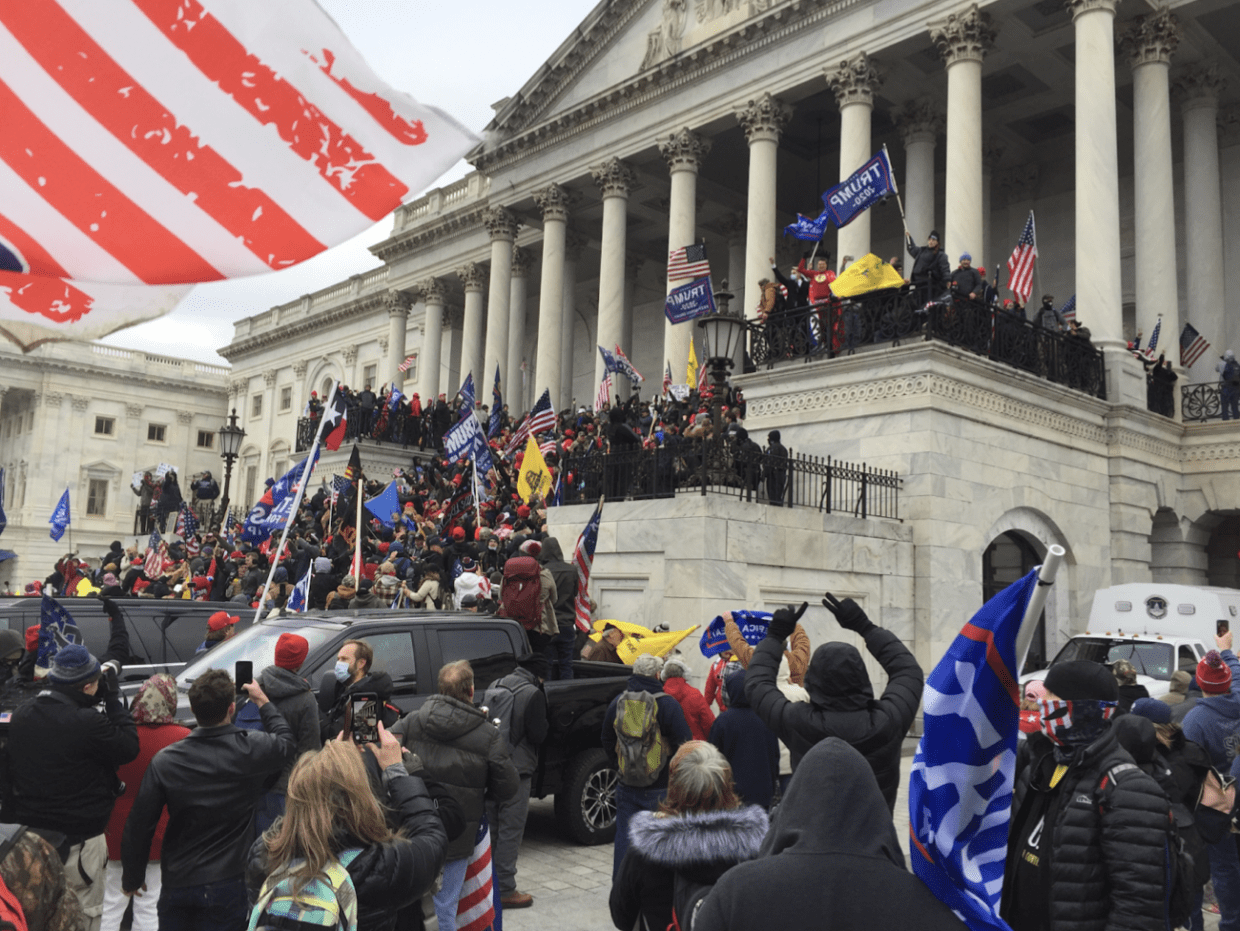 Over the four years of the Trump presidency, increasing political polarization was a grave issue facing the United States. The violent response to the 2020 presidential election made this divide even clearer. Despite the lack of evidence proving voter fraud, supporters of former president Donald Trump denied that Joe Biden had won the election and attempted to overturn the results. On January 6th, 2021, Donald Trump held a rally in front of the US Capitol and urged his supporters to fight back against the election results, and after the rally ended many attendees attempted to breach the US Capitol. While they were unsuccessful, the prospect of a democratic election being overturned by a violent minority was a frightening possibility.

Despite the almost 3000 mile distance, some members of the Menlo Park community attended the rally preceding the coup attempt. The owner of the local candy shop Sugar Shack was seen at the rally, and a wave of boycotts and protests followed until her business closed down later in 2021.

Many teachers and students at M-A were also affected. Teachers were faced with the choice whether to teach the unfolding events, and, if so, how. History and Gender Studies teacher Anne Olson watched the TV coverage and realized “Oh, my gosh, like, how do I teach tomorrow? How do I handle this in the classroom?” Olson noted that aside from providing a safe space to talk about the events, “the one thing that I did feel was really important to talk about with my students was the presence of the Confederate flag in the capitol.”

For students, the events at the capitol were a disturbing reminder of the fragility of democracy. However, some think that the legacy of January 6th is not as significant as it should be. According to senior Conor Dunne, “It hasn’t had a lasting enough effect. People should be scared. People have already forgotten, it’s already faded away.”

Despite the immediate condemnations that the events of January 6th received, not much has changed. Although a year has passed, no further action has been taken since the immediate weeks and months following the event. Many of the individuals involved were prosecuted in court, but there has not been any sort of substantial action taken beyond that. President Trump was impeached for the second time in his presidency for his role in initiating the riot, but not convicted and served out the remainder of his term.

Beyond that, the larger movements that caused the coup have not been confronted. The primary similarity between those involved was a belief in the “Great Replacement”, a conspiracy theory that immigration is a plot to bring about the end of the white race. In the year since January 6th, many of the followers of theories like the Great Replacement and Qanon have since joined even more far-right groups. These far-right organizations and theories still persist, and still pose a threat to American democracy as we know it. Until they are effectively confronted and stopped, January 6th may be a grim harbinger of things to come.