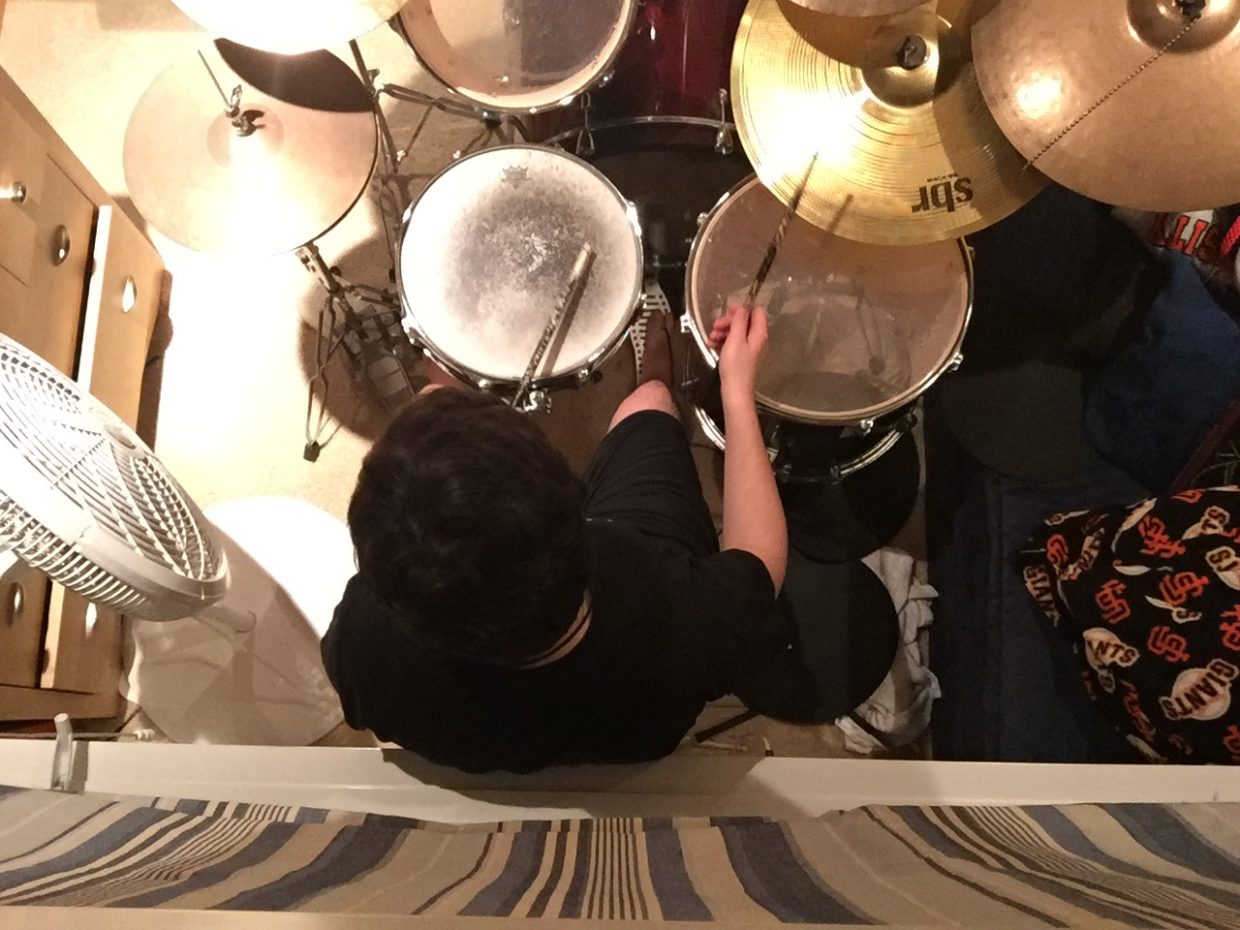 Voices of M-A: Jamming Through Life with Alex King

Meet Alex King, M-A sophomore, saxophonist for Jazz Band III, and bassist for the band Aaron Atkins. Since he was just a toddler, King’s passion for music has only grown. With eight instruments and counting under his belt, King continues to express his love for music on a daily basis.

At just the age of three, King began to play his first instrument, the piano. However, “after about six months [King] quit because [he] just couldn’t get the hang of playing with two hands and really hated it. So that kinda put [him] off from music for a while.” Thankfully for more than a couple future bands, this was far from the end of King’s passion for music.

In fifth grade, King joined the school band to play the trombone. However, he didn’t stay with just two instruments for long. King expressed, “I don’t really know what happened, I guess I learned to play the sax in that same year and I gave up the trombone because it just wasn’t cool.”

King’s success in middle school band led him to join Jazz Band II his freshman year at M-A. King is now in Jazz Band III playing saxophone as one of only two sophomores in the class. King has had nothing but good experiences with M-A’s jazz band classes. He has loved working with Kent Kurrus, who “pushes [the Jazz Band III students] and motivates [them] to practice and to do well,” and has enjoyed the recent successes of the Jazz Band III. At the Delta Jazz festival, the band won in both the big band and combo divisions. This is the first time this has happened in M-A’s history.

Despite the large array of instruments King played by the time he joined M-A Jazz Band III, this was not nearly enough for him. King began to play the drums, bass, and guitar on his own time. King remembers how he began these instruments: “I got into that because my neighbor, Alex Castile, who also happened to be my best friend…had a bunch of equipment and stuff, and we’d just go into his shed in his backyard and we’d just jam, and that’s how I got started playing guitar, and that’s how I got started playing bass and drums, and how I got into rock.” 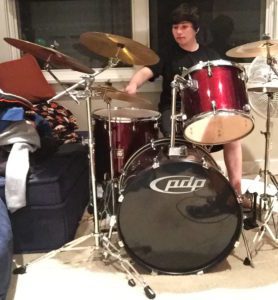 Alex King ‘jamming’ on the drums.

The best part about these backyard jam sessions was that “[King and Castile] could do whatever [they] wanted, and it didn’t matter how bad [they] sounded.” However, King and his friend soon reached a level where they were able to write their own music and actually sounded pretty good. Unfortunately for the young duo, Castile had to move to L.A., ending their routine jam sessions.

However, this was not the end of King’s extracurricular music experience. He joined the band Aaron Atkins to play the bass around June this year. So far, the band has one released album on Spotify and iTunes. King classified the band’s music as “modern alternative,” though it also draws influence from different rock groups. 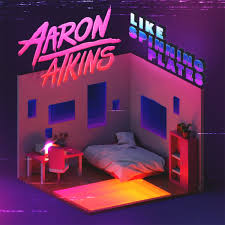 According to King, “When it comes to music, you learn the most from your peers.” His experience with his band has led King to learn much more about the music industry and how to play well, which is just one of many upsides to being in a band. King said, “You get to meet a ton of different people in the industry, record makers and all that, and you learn a lot about what goes on behind the scenes in the modern music industry. Well, that and being able to meet a bunch of different musicians from other places.”

King has a deep passion for music and has expressed interest in pursuing a musical career. However, he has faced stereotypes, criticism, and disbelief from many people who believe that music isn’t a “real job.” King expressed his concerns: “A lot of people don’t view it as a real job or a real way to make money. I mean, it’s a legit way to make money, and it’s really annoying. And people also think that all musicians are just a bunch of dropouts and are not the best people to be around…They think ‘Oh you’re a musician, you’re probably smoking pot on the down low’ and I’m not! It is a little annoying that people think you’re just a lowlife stoner who plays the guitar.”

King’s ability to succeed in music is further diminished by the lack of emphasis placed on the arts at school. He has to practice about two hours every day in order to improve his skills, however, with the amount of homework he receives, this is simply not realistic. King feels that “[he] would be able to go to more shows, play at more shows, practice more, and get better” if there was more acceptance of music as a potential career path.

Despite some struggles King faces in making music, he ultimately concluded, “Music is probably the biggest part of my life. It’s been my biggest hobby ever since I was in elementary school. It has really shaped the person that I am today because it has just so much power on my life. I listen to music all the time. Just being able to play in a band and to have different experiences with people and all kinds of music that you never would have thought to listen to, you really learn about so many cool things.”