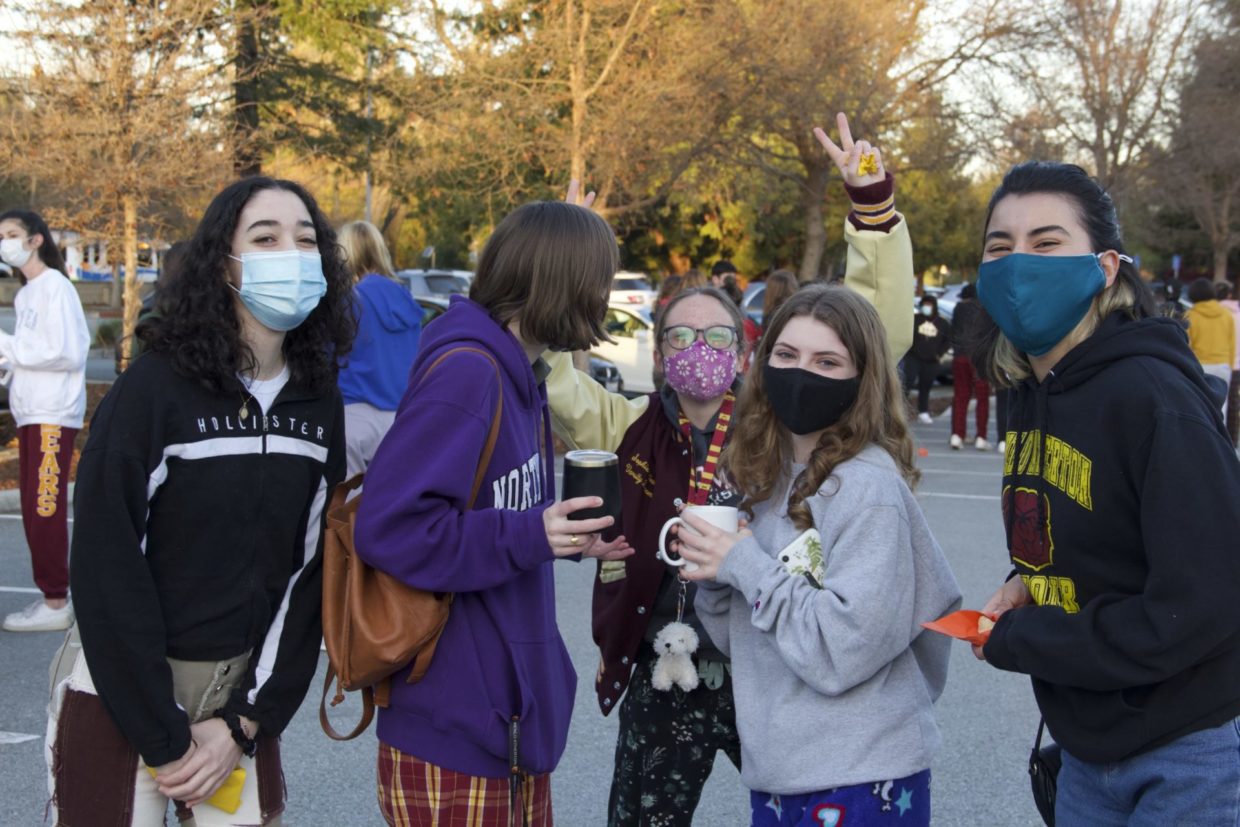 In the midst of a pandemic, leadership has managed to restore a bit of normalcy as the class continues to hold carefully modified events for seniors.

Former junior class president and current leadership member, Maya Kennedy, elaborated on the process that the class undergoes each time they plan and execute a senior event. She said, “To start, we had to do a full leadership brainstorm of events that we could do socially distanced, as well as virtual events. We took those events and had a meeting with administrators to run our ideas by them.” Kennedy explained that when talking to administrators, they made “a list of all of the ways we could socially distance the events, and do it effectively, and we had to get approval from administrators.”

Kennedy continued, saying that they “essentially are just throwing everything together spur of the moment this year.” Kennedy said that “in normal circumstances we’d form committees at the beginning of the quarter and then focus on a single event for the whole quarter, making sure it was a big success.” Kennedy offered an example of one of many last-minute events this year, which was planned a mere week before its occurrence. “the drive-in movie was thrown together the week before, and we just decided that would be a cool idea.” She continued, “like most of the events this year, it was a last-minute decision despite members of leadership floating the idea for a while.” As a result of the county’s constantly changing tiers and COVID-19 safety recommendations, she explained that it is difficult to know if an event planned one week will remain COVID-safe the next.

Similarly, last week, a Senior Hike was put together, yet another on-the-fly event adhering to COVID-19 safety guidelines and recommended precautions. Kennedy said, “We’re really just rolling with it, seeing what’s working week by week.” Kennedy said that although she has been talking to administrators about the possibility of holding a Prom, it is unlikely that one will occur. She did mention that an outdoor prom could be a possibility and that the administration is also looking into the logistics of holding an in-person graduation ceremony.

Kennedy described that she has been working on the logistics of the unorthodox, in-person prom, set to be held on the night of May 7th. She said, “We just placed an order for decorations. Because it is enchanted forest themed, we ordered lots of vines and flowers to decorate the fence [of the field].” Kennedy continued, “we are going to have games and a DJ with an LED wall behind them, and masks are required.”

Leadership advisor Michael Amoroso expressed excitement about the upcoming senior prom. He said, “The opportunity to host a Prom for the class of 2021 is priceless. The resiliency they have shown through this pandemic warrants the amazing prom they will get Friday Night. I am thankful to be granted permission from our administrators to host the event.” He did, however, describe some challenges he has faced in planning the in-person event. “Planning and selling tickets has been extremely difficult given distance learning and all payments being electronic,” challenges Amoroso said were well worth the trouble.

Similarly, Senior Class President, Alex Waitz, explained that “[leadership’s] goal has been to get the senior class together as often, and as safely as possible.” He elaborated, saying his personal “main focus,” is to ask himself, “what are seniors missing the most this year, and how do we create safe substitutes?”

“The hardest part right now,” Kennedy said, is “getting a gauge on what people would enjoy, as far as events go. Especially because when we were on campus, we could run ideas by people like ‘hey, would you come to this?’ or ‘does this sound fun?’ So I think the hardest part is getting people to show up and find our events interesting and engaging since lots of people are checked out at the moment. That, to me, is one of the biggest challenges.”