How I Came to Learn About Cancer

In 2008, my mother was diagnosed with breast cancer. As a young girl, I did not initially know what the diagnosis truly entailed. Eventually, this meant frequent hospital visits–or even stays for weeks at a time–and many chemotherapy treatments, aspects that came to define a significant part of my childhood.

Witnessing such a horrific sickness take its effect on my mother was something I could never truly understand until recently. Growing up, I always pictured my mother as someone who was invincible, so when she got sick, I was utterly confused. I could never understand why everyone around me was constantly sad or worried; grasping the concept of cancer, and in the worst case, death, was such an extreme and unusual thought for me. I felt completely isolated.

Day after day, my teachers would approach me at school and ask how my mother was doing, and if I was okay. For some reason, these talks always made me feel more upset rather than supported. These conversations only reinforced how alone I felt, as I believed that hardly anyone could really understand my experience, especially when even I myself did not.

As the years have passed, I have become more accustomed to cancer as a disease that has the horrifying potential to affect many other close friends and family members.

Just last year, a very close family friend was diagnosed with cancer. Sadly, it was a very short fight. She was diagnosed at the end of August and passed away at the start of October. My own lack of awareness of the gravity of the situation only deepened my pain at her passing; between the time of diagnosis and her death, my family kept me and my sister in the dark concerning how fragile her condition was to save us from months of worry. While my parents visited our friend in the hospital frequently and brought her gifts, my mom would not let me come along to visit.

I never knew why my parents wanted me to keep my distance from the situation because I hadn’t heard anything extremely drastic about her condition. Through the months of her treatment, I was still very hopeful that she would survive and that I would see her again one day. Later, I found out that she developed a brain and lung infection because the chemotherapy treatments shut down her immune system; ultimately, she was intubated and almost at the point of death. Then, in the blink of an eye, one more month went by, and she was gone.

This time around, I felt the same raw emotions my other family members had felt when my mother was sick. The night my mother told me about her passing was unbearable. I cried for hours, feeling only disbelief and sadness.

I finally understood that cancer was something that I would have to deal with forever and that the saddening effects from it can never be completely resolved; I had never felt so defeated.

The loss of my friend affected my life on so many different levels, ultimately distorting my daily life. I was distracted in each of my classes, which eventually began to affect my grades negatively and I felt physically exhausted to the point where I was incapable of practicing volleyball after school. As more time passed, my grief worsened; I could hardly get up to go to school each morning. Recovering from the loss of a life-long friend took months of feeling distracted, physically and emotionally drained, and exhausted. Even when I eventually did feel like things were going more smoothly, I immediately questioned myself. These months were emotionally turbulent and I was vulnerable as I never have been before.

For some reason, this experience with cancer completely consumed me, more than any other experience had in the past. It was so painful to think that my mother had suffered just as my friend had in the hospital. I started to remember so much from when my mother was sick. I remembered all the hospital visits, chemotherapy treatments and her changing appearance. All these connections formed in my mind once I recalled my mother’s experience. I finally understood my mother’s fight and why everyone around me was struggling so much alongside her.

To this day, I continue to battle with the pain and loss of a life-long friend. Every once in a while, a rush of emotions and sadness returns and disrupt my daily life like they did when they were relatively new. Although one can move past the immediate hurt from losing a loved one from cancer, the painful scar will always remain.

A few days after my friend had passed, my family and I attended her funeral at a local church. Seeing the hundreds of others sobbing and grieving for my friend made me realize how one unfortunate case of cancer affected almost 250 people in the same way it had affected me. This realization opened my eyes to the destruction one diagnosis of cancer can have on such a large scale. It was almost unimaginable to think that each person in the church that day, and possibly even more, had experienced the same pain that I had.

Now that it has been one year after my friend’s passing, I try see these experiences in different ways. Even though such painful experiences will haunt me forever, I have gained a sense of appreciation for what I have learned. I value the people in my life more than I ever have before and try not to take them for granted. Whether something this drastically life-changing happens tomorrow or ten years from now, I will always appreciate the people in my life and never let them forget that. 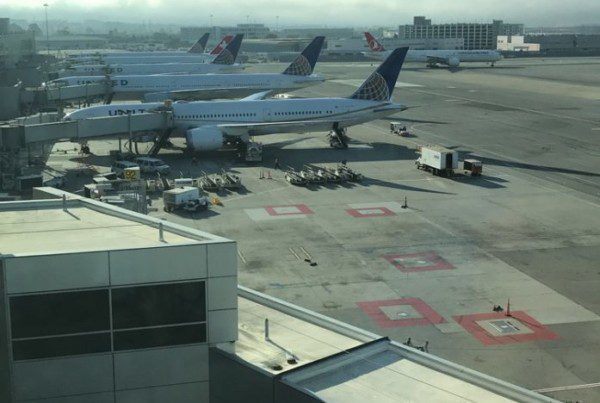 Traveling For The Holidays