How Does Banning Books Affect M-A?

At M-A, along with most public schools across the country, teachers can face criticism and backlash from involved parents over the curriculum and materials they choose for their classes. While this can be an impediment even at the best of times, in recent months, book bans in classrooms and school libraries have become increasingly common as lawmakers race to pass legislation that limits what materials can be taught in schools. 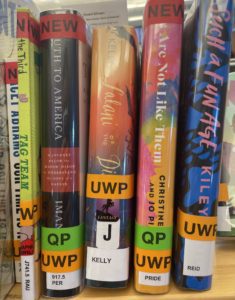 Librarian Catherine Burton-Tillson said, “I don’t know if this new culture of book banning is going to change things for us.” Staff are beginning to take precautions to ensure that M-A is not vulnerable to excessive interference from outside groups. Burton-Tillson described how library staff across the District are “tightening up our procedure for if that happens and what we would tell someone to do if they had a problem with a book.”

Even in areas where local governments don’t actively limit the topics that teachers can include, the national movement has emboldened students and parents to confront teachers about their curriculum more often than before. These challenges are most common in English and history classes, specifically towards books concerning race, gender, sexuality, or subjects deemed too violent, inappropriate, or “pornographic” for students. While these restrictions claim to protect children, many worry that they will be used to roll back academic freedoms and prevent students from learning about LGBTQ+ and racial identity in schools.

M-A has not been immune to parent complaints about curriculum. AP Literature teacher Lisa Otsuka said, “parents can definitely have their say” when it comes to reading materials in the classroom. Some parents do not want their children talking about controversial issues in class because it is uncomfortable. She added, “People will get upset because the literature is too depressing. That’s valid, but there’s also the idea that we read to recognize our shared humanity. It’s important to have authors who aren’t ‘normative,’ who come from different backgrounds.”

As a part of his reelection campaign earlier this year, Texas Governor Greg Abbott proposed a “parental bill of rights,” which would allow parents to request for any material to be struck from a curriculum if they consider it obscene. Teachers that refuse would be fired and blacklisted, losing future job opportunities and their retirement pension. Additionally, in states like Texas and Florida, books have been banned for allegedly containing materials that support Critical Race Theory.

Otsuka added, “Literature is supposed to give a voice to people who don’t always have a voice. It’s not looking at the side of the powerful. Literature is meant to give us another perspective.” The banning of books by lawmakers is certain to silence certain perspectives, such as those on race or LGBTQ+ content that do not agree with a community’s political climate.

In order to prevent backlash from parents or other individuals, teachers will often use a method called “front-loading,” which involves familiarizing the students with certain subjects to make sure they are prepared for whatever “dark or disturbing” topics they may encounter. According to freshman English teacher Sherinda Bryant, it is important to prepare students for sensitive topics to prevent a reaction “that would open a prior wound in which I’m unequipped to put a salve on.” 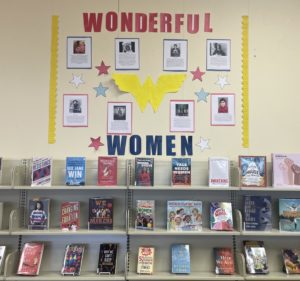 The “Wonderful Women” section of the East Palo Alto Public Library. This section includes books written by and about diverse women.

When asked about the books at M-A that receive the most parent complaints, English II teacher Anton Gerth said, “When I think of books that parents have complained about, I think of The Handmaid’s Tale.” Margaret Atwood’s The Handmaid’s Tale, along with books like Elie Wiesel’s Night, are some of the most controversial due to their intense subject matters. The Handmaid’s Tale contains rape and murder scenes, and Night details the horrific atrocities that many Jewish people experienced in the Holocaust. Many parents worry that their child, especially if they are in ninth or tenth grade, will react negatively to these materials, so they then pressure teachers to prevent this by removing the material altogether. While this does stem from a legitimate concern, it can easily grow into an overprotectiveness that discourages students from exploring their identity, empathizing with others, and viewing different perspectives with an open mind. While parents are technically able to remove their child from a class in order to prevent them from reading a specific book, the removal of a student would isolate them from their peers and class discussions. According to Gerth, “In no case is it ever encouraged that the parents do that.”

Otsuka said, “To some extent, literature should stand the test of time. But we don’t want to become so old and ossified in our collection of works. We’ve got to be open to new voices and new poets. The curriculum should be representative of as many voices as possible.”