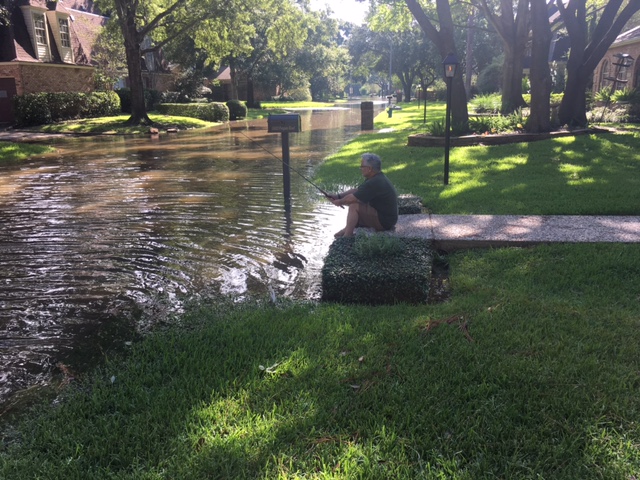 Like many in the Houston area, Donald Van Nieuwenhuise, a geology professor at the University of Houston, has been fighting through one of the most difficult times in his life over the course of the last two weeks. He had to evacuate his home and was stranded on the 12th floor at a nearby hotel for several days with little water and sometimes just cheese and crackers to eat.

Despite the hardship Van Niewenhuise has experienced, people of the fourth highest-populated city in the country have come together to support one another.

Van Nieuwenhuise said, “People have worked overnight without sleep to help get as many people into the hotel as they could,” Van Niewenhuise explained, “I’ve been seeing people bending over backwards to help others. 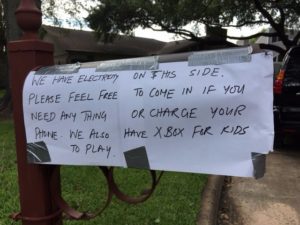 Van Nieuwenhuise first realized he had to evacuate when he woke up right after the storm made landfall and could not believe what he saw.

He said, “There were people pulling people out of their houses with floating toys and were pulling some of their belongings out. It was amazing. They were even kayaking and there was even a big priority on pets.”

Van Nieuwenhuise even has a neighbor that has 20 cats and will not come out of her house. About four or five people have been sent to rescue her, but she refuses to come out. With her house only being one story, situations like this still have many friends and family around Houston concerned for their loved ones.

Van Nieuwenhuise believes that a lot of the country has misinterpreted certain situations with this storm. Some of the media have stated that Houston’s dams will overflow with water. This is not the case as the dams were designed in a way it is almost impossible to break.

Houston also has miles and miles of green space so many believe that the grass in these areas can just absorb the water. This is not the case. As a geologist, Van Nieuwenhuise was able to explain, “People are blaming the (Army) Corps of Engineers for not preparing them for the intensity of the storm and do not understand that it is impossible to drain the amount of rain they’ve gotten, no matter how much green space you have.” 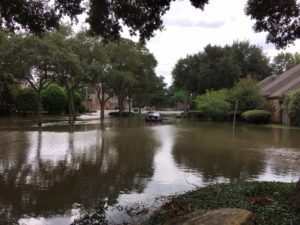 A street near the north side of Houston where flooding has nearly reached homes. Credit: Donald Van Nieuwenhuise.

Hurricane Harvey started its devastating downpour on Friday, August 25 and Van Nieuwenhuise recounted that forecasters predicted that only 15 to 20 inches would come down on Houston. Once weather predictors realized that more than four feet of water was affecting Houston it was too late.

Van Nieuwenhuise explained, “They wanted to tell us it was a whole lot worse, but they didn’t because 50 inches in a couple of days is just unbelievable and they were too late to warn the already scared population.”

Houston will have a far less mortality rate than Katrina as the permit rules in Houston were ignored. In Katrina, it was difficult to go out and save others in a flood zone without a permit while in Houston these permits have been ignored.

In Katrina about 1,800 people died making it one of the deadliest hurricanes in American history. This far, Harvey has only caused the deaths of about 60 people.

“The mortality rate will likely go up but it will not go up drastically when compared to Hurricane Katrina. In terms of water and the size of the area, it is almost ten times the size of Katrina. But the number of fatalities will be five percent of what happened in 2005. That is spectacular because people are going out of their way to save each other.” 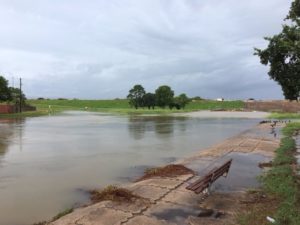 This is a spot that is ten feet under water near one of Houston’s dams. Credit: Donald Van Nieuwenhuise.

Van Nieuwenhuise’s daughter Rachel was able to get out of her flooded house and even helped put out a nearby fire. Both of Van Nieuwenhuise’s daughters are safe and they have all joined in the relief effort to help others in Houston out. He anticipates that the task ahead will not be easy. He commented, “When you have six million people and their food supply is cut off for a week, it is kind of hard to build back up. It scares me a lot.”

It will be difficult to rebuild, but with the incredible outpour of support from the country and especially those helping one another in Houston the city will rebound. For now, Van Nieuwenhuise and others still have a lot of lives left to save.