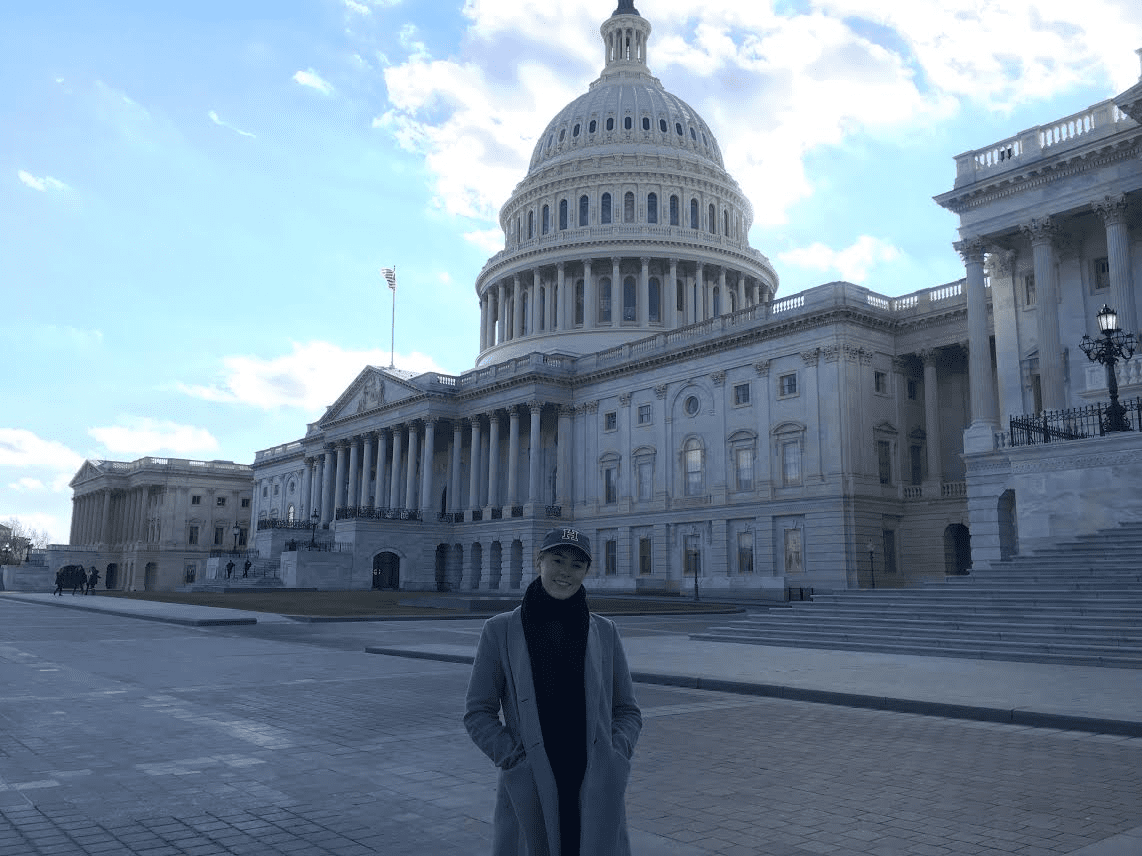 Holly Newman spends a semester in the capital

Holly Newman was one of 30 high school juniors in the United States selected to participate in the Senate Page Program. Newman volunteered in a leadership role with Hillary Clinton’s campaign before the page program, where she helped to prepare for the congressional meetings. “We were basically overdressed water boys… We would go to the Senate and set up the chamber for session… that means like putting the gavel on the desk at the front, putting all these papers out that they need to see, like calendars.”

While in the program, Newman attended school from 6 to 9 a.m. then spent the rest of her day in the Capital. “The classes were much harder, like AP rigor I would say. So we were covering a lot of material really quickly. There were very high standards again for academic achievement and we had so little time because I was working, so it was definitely a lot to balance… you have to take advantage of literally every minute you have.”

However, despite these challenges, Newman stated, “we all ultimately became better students because of it” and the program “helped us all see the importance of school above everything else.” 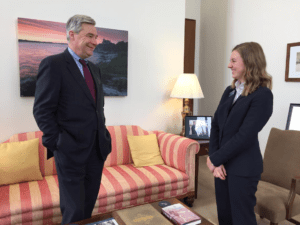 While working in the U.S. Senate, Newman said about the senators, “It was really great to see that they disagree, but it’s a very professional environment and they really respect each other regardless of what their opinions are… I think the media portrays Washington, District of Columbia (D.C.), as a whole, as this very antagonistic place. It was really nice again to see that it’s not as crazy as we tend to think it is and they are really getting a lot done and working together a lot more than we see,” she explained, “The Senate is a very traditional body and they really value precedent, so some of the things that happened while I was there were egregious breaks in precedent, and that made it that much more shocking.”

Newman went on to explain an unusual occurrence where John McCain disagreed with Rand Paul, and, as a joke, went on to say “’the senator from Kentucky is working for Vladimir Putin’, and it was like an explosion went off.”

When Newman returned over the summer, she interned at the California Board of Equalization, and now currently works for a venture capitalist in the area who is seeking to be more politically involved in the public eye. “I want to continue just getting as much varied experience as I can. I don’t really know where I’m going specifically, but I want to really have a good idea of all the different jobs that play into whatever I’m doing. That’s my overall philosophy.”