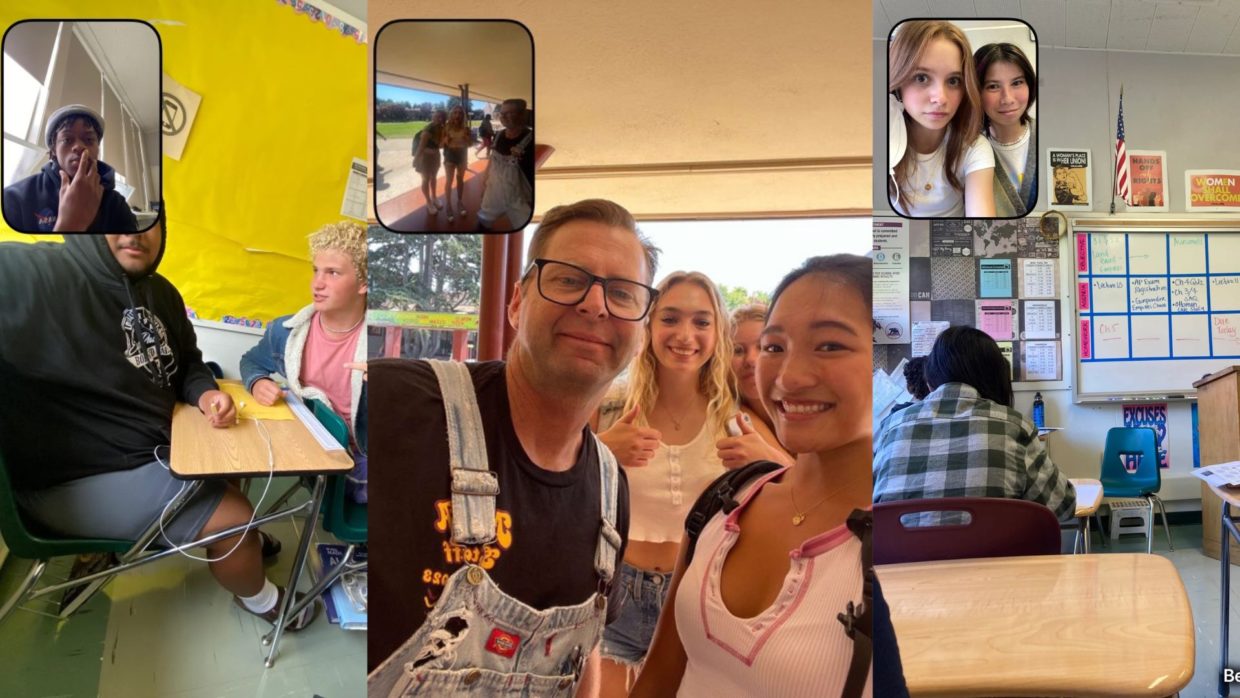 BeReal is a new social media app that prompts users once per day to share a spontaneous, unfiltered photo of themselves. The app is a popular choice among people who are tired of traditional social media platforms like Instagram and Snapchat giving users endless control of pictures with filters, edits, and effects.

Over the last year, BeReal has gained popularity, especially in the Bay Area. When the BeReal goes off, “It’s time to be real,” can be heard from classroom to classroom. Some students even include their teachers in the photos.

After the daily notification, users have a two-minute window to take and post a picture, and their friends get notified if they post late or retake a photo. However, as the app has gained popularity, users have found ways to retake photos without others knowing, undermining the app’s mission of encouraging authenticity.

Junior Mikey Sanford said, “the purpose of being real is to show the real side of someone without fake pictures and photoshopping, so however you’re looking you just gotta post it.”

Senior Ada Cai agreed, “it’s meant to stray away from Instagram and all of that and show what people are doing at a random time of the day,” reflecting the app’s original purpose.

While the intention of BeReal’s creators was for people to post how they look in the spur of the moment, many people end up waiting until they are doing something exciting. Rex Yeh, a junior without BeReal, says, “I don’t think people are being real. If they have an event going on later in the day, they’ll wait to take the picture until they have something going on. I don’t think that is “being very real.” Plenty of people are guilty of doing this. Even Cai admits, “I’m not 100% real on the app, because I’m guilty of saving a BeReal for when I’m doing something interesting.”

While the thought is there, this trend of people waiting to take their BeReals makes the whole concept pointless. Some argue that people should not be allowed to post late; however, that would decrease the app’s popularity.

When asked why he does not have BeReal, Yeh explained, “I just feel like it’s just another thing to add to your daily tasks, so I never downloaded it.” Yeh’s reasoning is sensible: why add to your endless list of daily to-dos, especially when you are doing something out of obligation and not enjoyment? BeReal, like all social media, started as a way for people to express themselves and celebrate their lives. However, for many, posting has become more of a duty than a choice.

BeReal was created to embrace spontaneity and value raw, untouched pictures, thereby helping a generation with endless technological distractions to be more present. In practice, many users think, “I hope BeReal will go off right now so I can post this exact moment.” With these desires to post during an enjoyable moment, Be Real has ended up doing exactly what all other platforms have: to portray a highlight reel.

BeReal still has a lot of potential to do what it was made to do, but there is only so much the management team can do to prevent people from being fake. To some extent it is up to its users to use it correctly, and thus, “be real.” The next time your BeReal goes off, don’t hesitate: just take the photo and live in the moment. After all, the best moments are the ones you would not expect.