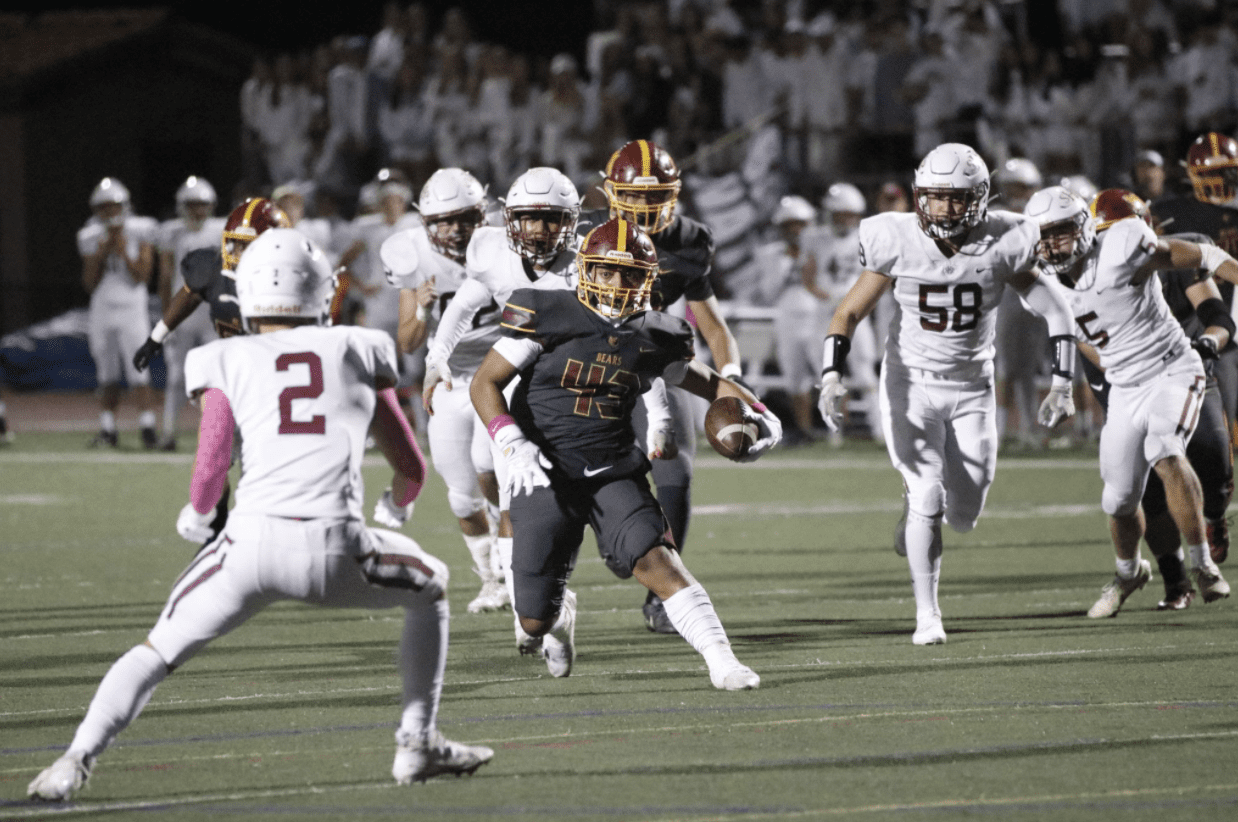 On Friday night, the Bears squared off with the Sacred Heart Gators in the annual homecoming football game; the already intense matchup was made even more exciting after a spirited Instagram post by M-A’s 12th Man.

The game started slowly with both defenses off to a strong start, the first quarter ending with a score of zero to zero. However, the deadlock was broken three minutes into the second quarter when M-A’s new star senior running back, Dane Fifita, ran in a touchdown. Fifita has been the Bears breakout star in the running back position, rushing for 446 yards and scoring seven touchdowns so far this season. After the Bears stopped Sacred Heart on three consecutive plays, a long punt return by senior receiver Jalen Moss set up the Bears’ second touchdown scored by senior Antoine Traversat, putting the Bears up 14-0. Despite being down, the Gators did not give up and scored their first touchdown of the night with 5:34 left in the second quarter, 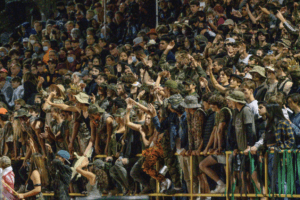 M-A’s student section was soon revived, however, because the ensuing kickoff was taken almost 90 yards for a touchdown by Jalen Moss, giving the Bears a 21-7 lead. The Gators struck back only 12 seconds later with another touchdown.

The Bears headed into halftime up 28-13 after freshman Devin Hyde stopped the Gators on a fourth down, which set up a touchdown by senior Jeremiah Earby with 21 seconds left in the half. The Bears proceeded to score three unanswered touchdowns in the third quarter, two of them belonging to senior receiver Johnnie Barbie. These scores put M-A up by 29 points 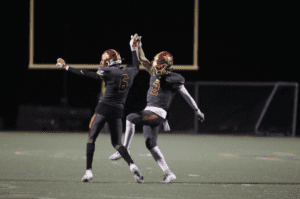 The game came to a close with a connection between junior quarterback Billy Johnson and receiver Antoine Traversat, which made the final score 56-20. Senior quarterback Matt MacLeod scored five touchdowns and after the game said, “There was a lot of hype going into this game, and all we had to do was take care of business and that’s exactly what we did.”

Star receiver Jeremiah Earby credits the Bears’ success to the energy of the crowd, especially the student section. He said, “There was never a dry time with a live atmosphere the whole night.” He also said, “It felt great to get a win in front of our student section and to put on for the community.”

The student section thoroughly enjoyed the victory as well. Sophomore Aaron Becker added, “The common dislike of Sacred Heart made for a rowdy and amped-up crowd.” 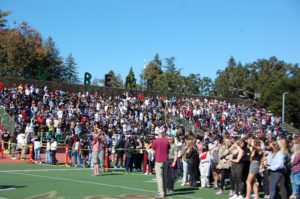 Students sat in the football field for the rally, rather than the gym. Photographed by Jackson Williams

The Homecoming rally took place on Friday and was the first school-wide event since before the pandemic began. Unlike normal years where the rally has students, admin, and teachers packed in a small gym, it took place on the football field. 12th Man captains Marcello Battista, JJ Jones, Rebecca Sandoval, and Carolyn Cobos MC’d the rally, introducing the teachers’ dance, cheer team, dance team, a fight between the bear and gator mascots. To the crowd’s surprise, the dance team and football team grouped up to perform a partner dance. 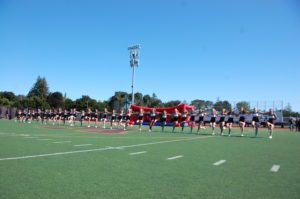 Following the game, M-A hosted the Homecoming dance in the New Gym rather than the Ayers Gym and was estimated to have 1100 students in attendance, double the typical number of students that would attend the dance pre-covid. As a result of the inflated attendance, the wait time to enter the dance was increasingly long, especially including the mandated pat-downs.  Senior Emma Campbell said, “I feel like there could’ve been a more efficient way to let people into the dance. It was disappointing to get in an hour late, even though I arrived early.”