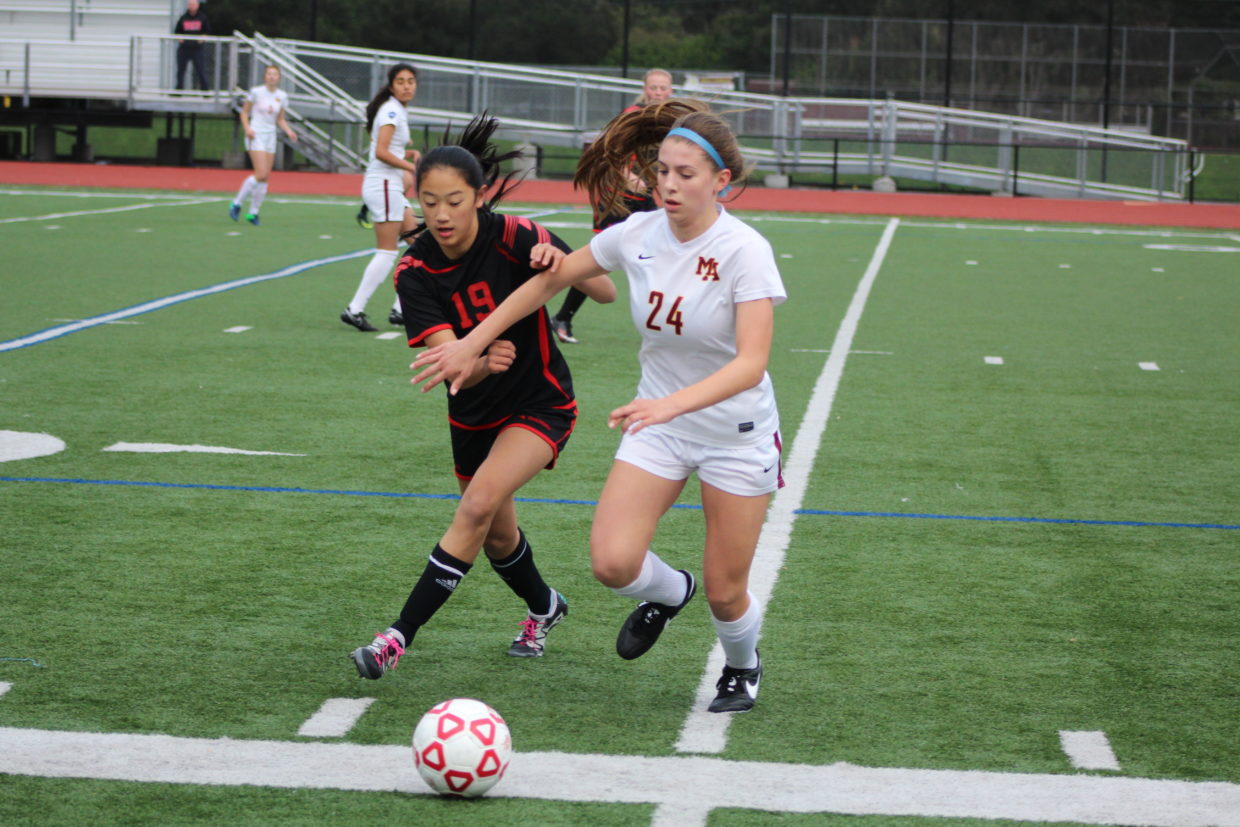 M-A kicked off and immediately pressured the Burlingame defense. In the third minute of the game, Morales and senior Margaret Child were already getting shots on goal. M-A continued to build great offensive plays seen when sophomore Maggie Hall crossed the ball to senior Nicole Salz, who headed the ball on target but had her attempt saved by the Burlingame keeper. 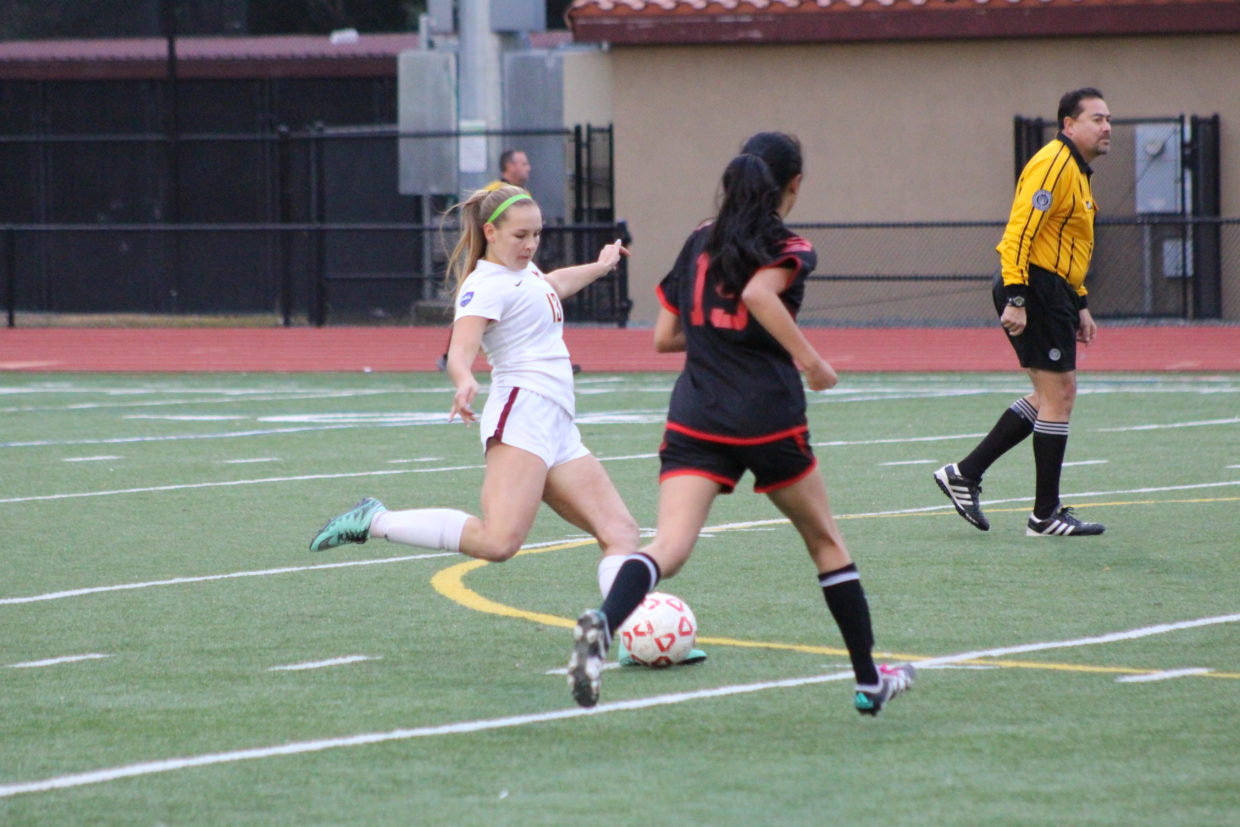 While the Bears maintained possession and pressured Burlingame’s defense throughout the first quarter, many shots barely missed the goal. The Bears finally got their first goal when Guenin aimed a powerful shot toward the top right corner of the goal in the 24th minute. Nearing the end of the first half, Guenin turned, passed three defenders and scored her second goal, placing her shot in the right corner.

M-A kept a strong defensive line and continued an aggressive attack on Burlingame for the remainder of the game. At the start of the final quarter, sophomore Yara Gomez Zavala passed to Guenin, who carried the ball down the middle and scored for a hat trick. Guenin got her fourth goal off of a cross from junior Olivia Shane just two minutes after her previous goal. This shot pushed the team’s lead to 4-0. 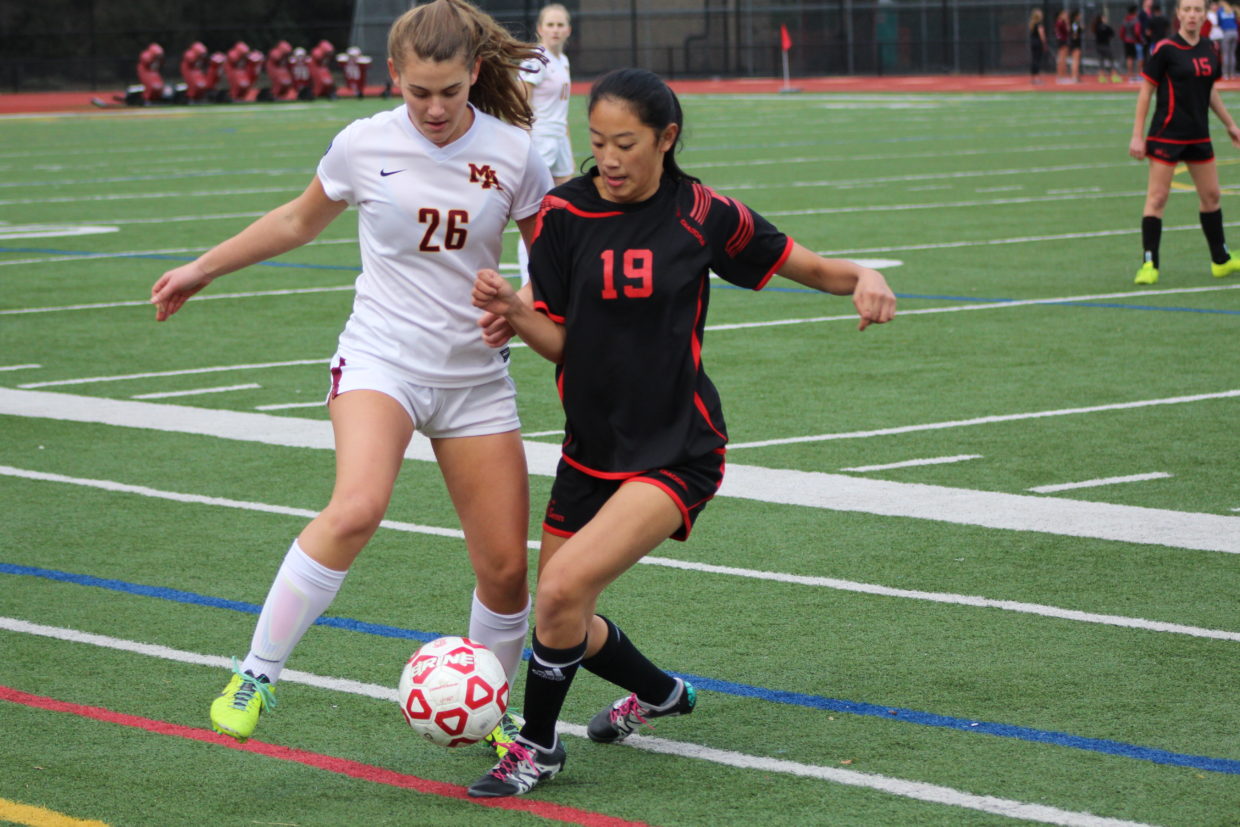 Junior Grace Brieger (26) and a Burlingame player battle for the ball.

In the last three minutes, junior Vanessa Wheeler started a strong play when she passed to junior Ella Missan, who scored the final goal and finished off the game for M-A.

The Bears shut out Burlingame with an outstanding performance by Guenin, with four goals. While the Bears will be away next Tuesday, January 17 against Aragon, be sure to support them at their next home game against Hillsdale on Thursday, January 19 at 4:00 p.m.