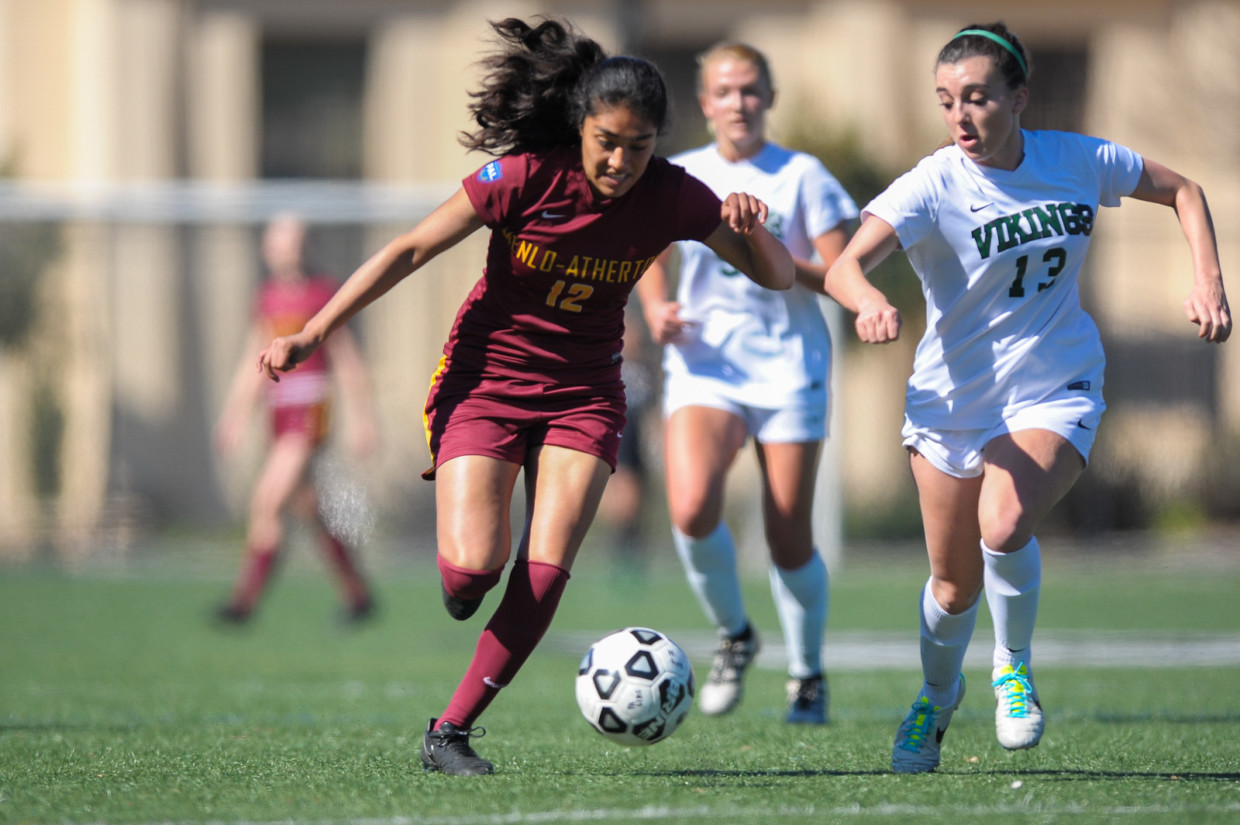 In the bears’ first CCS Open game, the varsity girls soccer team shut out rivals Palo Alto High School (PALY) 3-0. Despite losing to PALY 0-5 during the pre-season, the bears were determined to win and claim a second CCS title.

Come cheer on your bears who are moving onto their semi-final game against Archbishop Mitty High School on Wednesday at Westmont High School at 4:30 pm.

In the bears’ second to last league game against Capuchino High School on Thursday, February 16, M-A celebrated another victory, securing their title as league champions for the second time in history. The game finished 6-1 with two goals by Guenin, 2 goals by Morales, 1 goal by Cotto and 1 goal by Child.

Sivilotti, one of the team’s primary center defenders, shared what makes M-A’s team so special: “I think the moments where at the beginning of the game we’re losing, and you can’t tell because out there on the field, we’re not screaming at each other. We’re yelling at each other in a constructive manner, and I see so many teams fall apart on the field. They start screaming at each other… We’re better than that even in our darkest moments, and it shows because we really have not had that many dark moments.” Sivilotti continued, “We work hard, but we have such a fun time at it… You look forward to coming out to practice and games… ”

Reflecting on the season as a whole, all the girls agreed that the team formed a tight bond over the season. Guenin commented, “I am so proud to be on a team like this.” Additionally, Salz stated that the best part of playing for M-A the past four years has been “playing with some of [her] best friends.” McNerney reflected, “I’m sad it is my senior year… I don’t want to go, but we are going out on a good note.”

The team’s unique dynamic was demonstrated when Salz commented that, for her, the highlight of the game was seeing her teammate Child score her first goal of the season.

Looking forward, the girls are all hoping for a second CCS title this year. Child stated that this is the team’s “first year in Open, so that will be a good challenge.”

In the final league game of the season, M-A also beat their biggest rival, Woodside High School, 2-1. The game was tied 1-1 until Cotto floated a shot into the top left corner of the goal in the last few minutes of the Woodside game.

Be sure to support your bears at their next CCS game against Archbishop Mitty High School at 4:30 on Wednesday, March 1 at Westmont High.