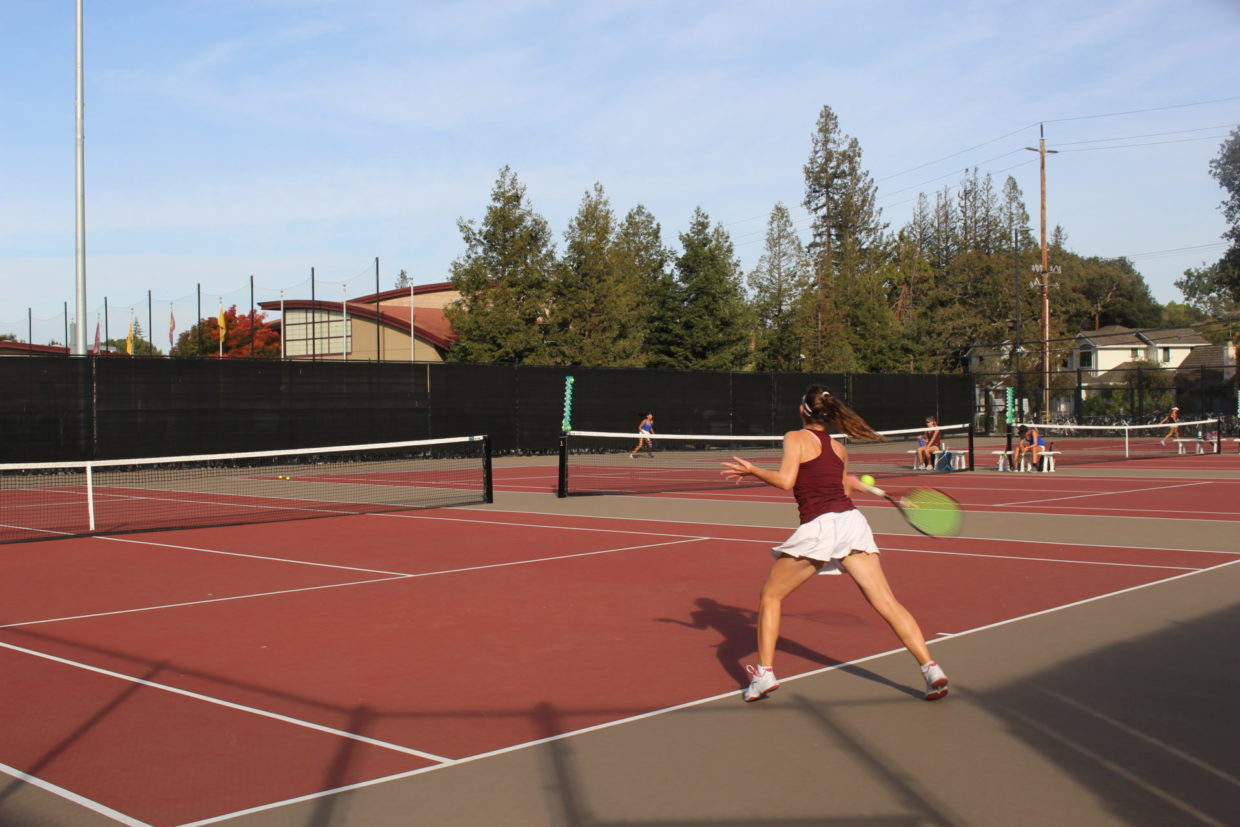 On Tuesday, the varsity girls tennis team triumphed over Los Altos in the quarterfinals, their first CCS match of the postseason. The team just finished its sixth consecutive undefeated season in the PAL, and several of its players will continue to compete in CCS individuals for girls’ tennis.

M-A won four out of the seven singles and doubles matches on Tuesday. Ava Martin, a freshman, won her singles match in two 6-0, 6-0 sets. Charlie Smith, a junior, won her match 6-2 and 6-4. Senior Sarah Marks and sophomore Lila Motamedi, competing as a doubles team, also won their match in three sets: 5-7, 6-2, and 6-4.

Freshman Emma Williams also won her singles match on Tuesday with a score of 6-2, 2-6, and 6-1. “I started off strong, and in the second set I didn’t play as well, but I bounced back in the third set,” Williams said. Williams went on to say this season has been “a really fun experience.”

Tuesday’s match is the first CCS match after a successful season for the team, led by coaches Tom Sorenson and Carlos Aguilar. “This is our sixth consecutive undefeated [PAL] league championship,” said Coach Aguilar. “What really saved us [this year] is getting three freshmen in, because we lost a lot of players last year.” 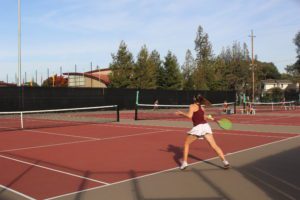 Athletic Director Steven Kryger, who attended the match, attributed the team’s long term success to a supportive environment. “In a sport that for the most part is individual, it is amazing how much these girls get along and support each other.”