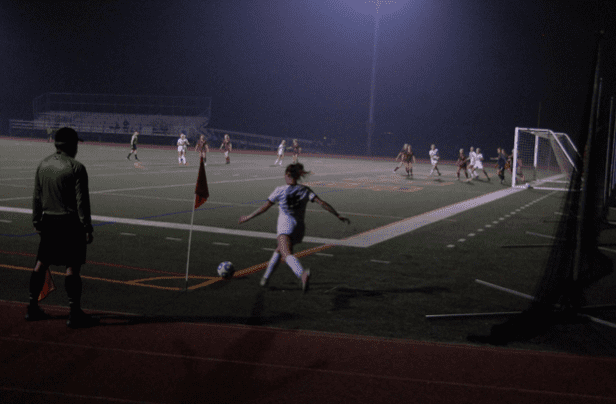 At Coach Parks Field on Thursday night, the girl‘s soccer team kicked off their second game of the year against rivals Sacred Heart.

Despite the cold, foggy weather, the Bears got off to a hot start. The Bears kept the ball on the Gators side of the field comfortably for the first 10 minutes of the match. M-A fired a fury of shots, but nothing hit the back of the net. Finally, a beautiful cross from sophomore Tatum Olesen, which fell within the middle of the goal, was tipped in, but an offsides penalty took the goal off of the score and the Gators got the ball back. Goalkeeper Gigi Edwards kept the ball out of the Bear’s goal and led the Bears vocally to give her teammates a full view of the field. 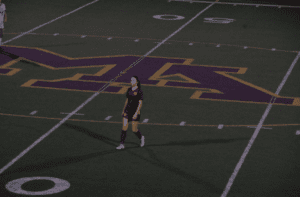 The Bears started with the ball in the second half, seeking to do more damage. To no one’s surprise, M-A continued this aggressive approach with numerous offensive drives. With seven minutes left, the Bears persisted through the final minutes of the game with strong defense and pressure on goal. When the triple-whistle was blown from the referee, the Bears had held off the Gators to win with a score of 1-0.

With the Bears winning their second of two games this year, the chemistry of the team is already in great shape. Nelson commented on the team’s performance by saying, “I think that there wasn’t one specific player who stepped up today. I think something really cool about our team this year is that we don’t really have any star players, and it’s kind of a team effort. So I think that everyone played well.”

Senior Calypso Boustiha added to Nelson’s statement, saying, “I think that this was a good game to win, especially against SHP, so I’m glad that we won. We’re playing them again in two weeks, so hopefully, we can score more goals knowing our expectations.”

Jackson Williams is a senior and in his first year of journalism. He enjoys writing about sports and events impacting students and the community at M-A. He plays baseball for M-A and spends time with friends in his free time.